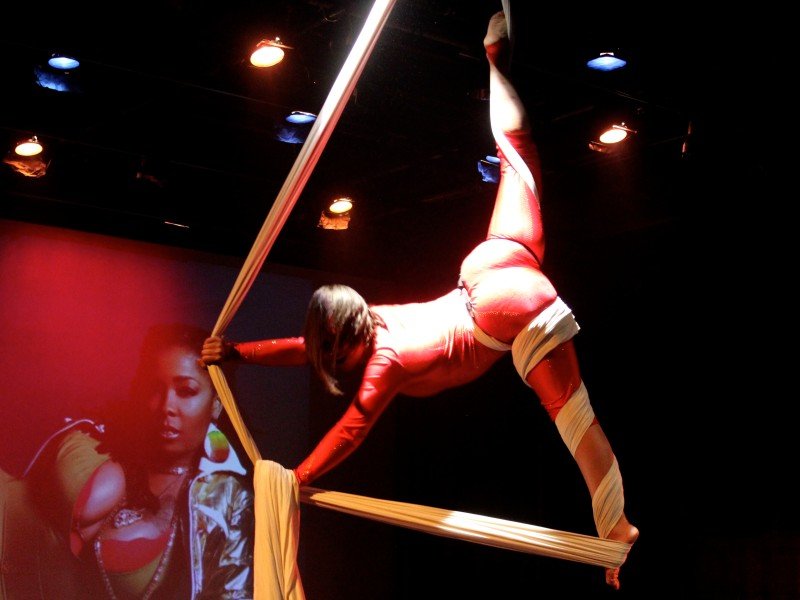 In the lobby of Intermedia Arts on Lyndale Avenue, chalkboards almost as tall as the high ceiling display vast maps of written pleas and assertions from its patrons. They resound with many handwritten hashtags relating to Black Lives Matter, such as #ICANTBREATHE and #HIREDONTFIRE. Sharing the same chalkboard space is #TRANSLIVESMATTER. These chalkboards are the living wallpaper of activists, and this lobby and the space to which it leads are better because of them. The acts of terrorism against African Americans like the Charleston shooting and the high rate of attempted suicide among transgender people are remembered at the same time. 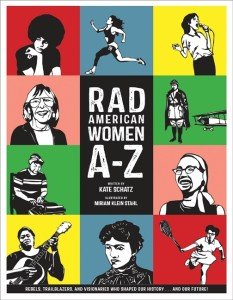 How do you make sure you're raising a feminist? 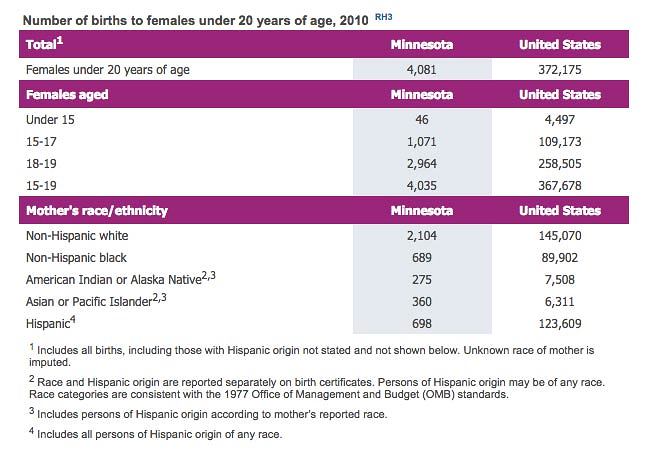 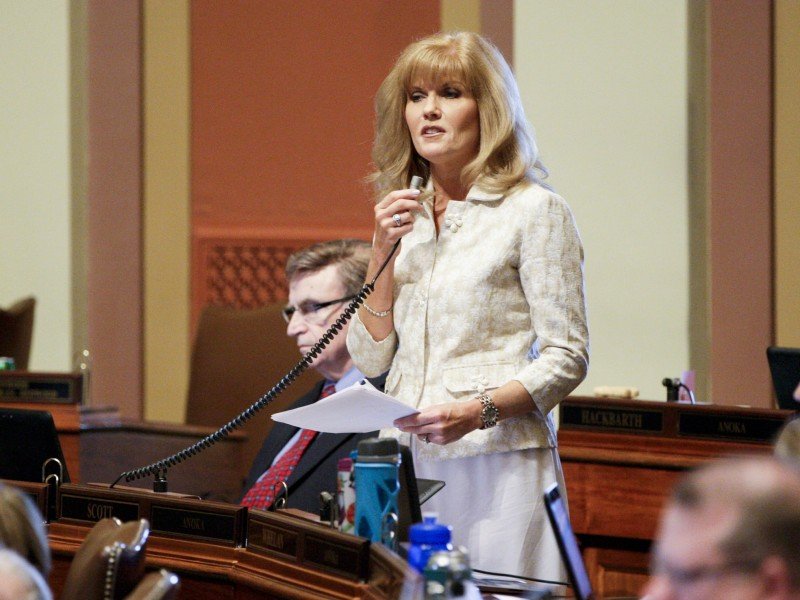 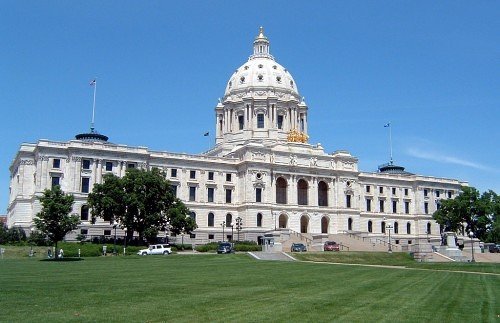 20% Theatre Company has saved the best for last in this year’s Q-Stage. The red-nose clowns of Femme Cabaret: A Clown Burlesque and the angry dancers of Gifts of Set C couldn’t be more different in style or tone but together they make for a perfect evening of theater. Of course, you should see all the Q-Stage offerings this year, but if you can only fit one into your schedule, it should be Set C. Absolutely delightful from start to finish (and that includes the part where one of the performers attacks the audience – no, I’m not kidding.)

Creator/performer Shannon Forney calls Femme Cabaret “a playful romp on queer femme identity from the awkward center of a Red Nose Clown” and I can’t come up with a better summary statement than that. Shannon’s clown alter ego is Naughty Dottie, and with the help of her red-nosed partners in crime Charming (Emma Buechs) and Swish (Jacob Miller), she guides us through a whole quirky catalog of embarrassments and near misses as she attempts to understand the femme identity’s place in a queer culture. As an audience member, I was so charmed and bemused by Dottie’s misadventures that I didn’t realize until it was over that I’d actually been thinking quite a lot about the notion of identity, gender roles, and the sneaky enemy of conformity (a trap we all fall into, even as we try to set ourselves apart). Continue Reading

You know you’re a theater geek when you don’t really read the program before watching the show and then suddenly realize, “Oh, wait a minute, this is a drag version of Euripides’ Greek tragedy The Trojan Women” – and this revelation makes you fall in love with the play almost immediately. That was part of the fun of watching And She Would Stand Like This, a play in drag as part of Set B in 20% Theatre Company’s latest iteration of their Q-Stage new works program playing at Intermedia Arts. Even if you read the program more carefully than I did and were clued into the source material ahead of time, it’s also fun to see how they take that source and update it. Oh, the names remain the same, that’s the giveaway, but the context for the different relationships have shifted. Rather than the aftermath of the Trojan War, we’re in a modern day time of plague – though the plague is unnamed, you can fill in the blank for yourself fairly quickly. Continue Reading

When a theater company puts together a new works festival like 20% Theater Company is doing with their second year of the Q-Stage program, the results can be a mixed bag. In its inaugural year last year, Q-Stage had some really polished powerful work on display. It also had some things that were sweet alongside some things that were riotously funny. And it had some things that felt more like works in progress that sometimes made me smile and other times had me scratching my head in confusion. It’s great to have an incubator for local artists and new work with a queer sensibility like Q-Stage. Continue Reading

Reps. Betty McCollum and Keith Ellison are cosponsors of a resolution in the U.S. House that calls on states to ban conversion therapy for minors. The Stop Harming Our Kids Resolution was introduced by Rep. Jackie Speier, a Democrat from California. McCollum and Ellison are among 34 co-sponsors of the resolution.The SHOK resolution states, in part:It is the sense of Congress that sexual orientation and gender identity or expression change efforts directed at minors are discredited and ineffective, have no legitimate therapeutic purpose, and are dangerous and harmful.Congress encourages each State to take steps to protect minors from efforts that promote or promise to change sexual orientation or gender identity or expression, based on the premise that homosexuality is a mental illness or developmental disorder that can or should be cured.“It’s time to end this abusive quackery masquerading as medicine,” Speier said in statement. “Being transgender, gay, lesbian, or bisexual is not a disease to be cured or a mental illness that requires treatment. Continue Reading

Earlier this month, the Minneapolis City Council adopted a resolution that originally would have banned city-funded travel to Indiana, but quickly changed it to a resolution calling on Indiana and 27 other states to adopt protections for LGBT people.Council President Barb Johnson was planning to offer a resolution that would have stopped city employees from traveling to Indiana on the city’s payroll due to that state’s new “religious freedom” law. A copy of that resolution can be found here: [PDF]. However, on Thursday, Indiana’s legislature passed, and Gov. Mike Pence signed, an amendment that for the first time in Indiana’s history offers some protection for LGBT people. The amendment keeps intact nondiscrimination laws in Indiana municipalities, but does not extend nondiscrimination across the state.The changes to the religious freedom law states that the statute does not:(1) authorize a provider to refuse to offer or provide services, facilities, use of public accommodations, goods, employment, or housing to any member of the general public on the basis of race, color, religion, ancestry, age, national origin, disability, sex, sexual orientation, gender identity, or United States military service; (2) establish a defense to a civil action or criminal prosecution for refusal to provide such services; or (3) negate any rights available under the constitution of the State of IndianaJohnson offered a substitute resolution on Friday that acknowledges the change to Indiana’s law, but also criticizes it for not going far enough.It says [PDF]:Whereas, the State of Indiana, along with twenty-seven other states in the nation, offer no protections in housing, employment, and public accommodations to gay, lesbian, bisexual and transgender citizens, leaving these people exposed to discrimination in a variety of ways everyday of their lives;Now, Therefore, Be It Resolved by The City Council of The City of Minneapolis: That the Minneapolis City Council hereby affirms the City’s commitment to civil rights and ensuring equity for all people in Minneapolis and beyond and calls on the State of Indiana as well as the other twenty-seven states in the nation which offer no protections in housing, employment, and public accommodations to gay, lesbian, bisexual and transgender citizens, to establish this group of people as a protected class and put into place these protections as quickly as possible and to then vigorously enforce and protect the civil rights of all people within their borders regardless of race, color, religion, ancestry, age, national origin, disability, sex, sexual orientation, gender identity, or any other protected class status and to prevent discrimination against any protected group.Minneapolis city attorney Susan Segal explained the changes:“With this addition to the law, I think that it largely corrects the concerns and objections that have been raised nationally. There still is not affirmative protections in Indiana law but that’s the situation that was before they passed the statute,” she told the council. Continue Reading

The Minneapolis-St. Paul International Film Festival kicks off on Thursday with over 200 films from 70 countries spanning two weeks of showings. The festival has a number of LGBT-themed films being screened. Here are trailers for those films:52 TUESDAYS16-year-old Billie’s reluctant path to independence is accelerated when her mother reveals plans for gender reassignment and their time together becomes limited to Tuesday afternoons. Filmed over the course of a year, once a week, every week—only on Tuesdays—these unique filmmaking rules bring a rare authenticity to this emotionally charged story of desire, responsibility and transformation. Continue Reading

In the state of the city address on Thursday, Minneapolis Mayor Betsy Hodges brought attention to issues facing the city’s transgender community and called on all citizens of the city to practice “love and celebration” in interactions with their transgender neighbors. She also called for the city to continue to adopt policies that make the city safer for transgender residents and visitors.Celebrating the courage of transgender individuals and the community was one of six themes in the mayor’s speech. Also included was increased mentoring of high school students, lowering city waste, addressing the city’s role in climate change, and making city-business interactions simpler. Hodges also included increasing police-community engagement.Here are Hodges remarks about moving the city forward on transgender inclusion:Recently, a person very dear to me let me know she was a transgender woman. My first response? Continue Reading

The majority leader in the Minnesota House is among 28 Republicans who have signed on to a bill that would block transgender inclusive school policies.Republican Majority Leader Joyce Peppin signed on to the bill on Monday. She is among more than a dozen Republicans who have added their names to the bill since it was introduced in early March by 17 Republicans.The bill is one being touted by anti-LGBT groups, the Minnesota Child Protection League and the Minnesota Family Council. The bill is a reaction to recent policies enacted in the Minneapolis and St. Paul school districts that increases safety and inclusion for transgender and gender nonconforming students. It is also a reaction to an appeals process put in place by the Minnesota State High School League that allows transgenders student to play on athletics teams based on their gender.Bill proponents missed an important deadline on Friday. Continue Reading

“What if women were in charge of public words and the news? What if our voices were being heard?” These questions became the impetus for a women’s newspaper when it was just a dream in the head of Mollie Hoben in 1983. At the time, she was on leave from her job as a teacher of vision-impaired students. She was working as editor of the Park Bugle, a community newspaper in St. Paul, and was taking classes in feminist studies in literature at the University of Minnesota. Continue Reading

Comic Books from the Margins

Comic Books from the Margins on Vimeo. Presented by Gazillion Strong, Big Brain Comics, Moon Palace Books, Boneshaker Books, Ancestry Books, and Ramsey County Libraries, these series of workshops is aimed at teens and pre-teens. each bookstore and library will select comic books and graphic novels in which the central character(s) are from marginalized communities, such as the POC (people of color), LGBTQ, adoptee, foster care, and disabled communities. The books will be presented to preteens, teens, and their families by knowledgeable authors, activists, performers, and comic book connoisseurs.Comic Books from the Margins series gives an opportunity to people to tell their stories, and pick out books that are reflective of their culture.”We want different kinds of narratives,” said Ancestry Books owner Chaun Webster. “That don’t reduce us to these small, tokenistic stereotypes.”Future Comic Books from the Margins will be held at Boneshaker Books, the Minnesota History Center and Big Brain Comics. Check out Gazillion Strong’s website for more informationhttp://www.wearegazillionstrong.org/comics-from-the-margins/ Continue Reading