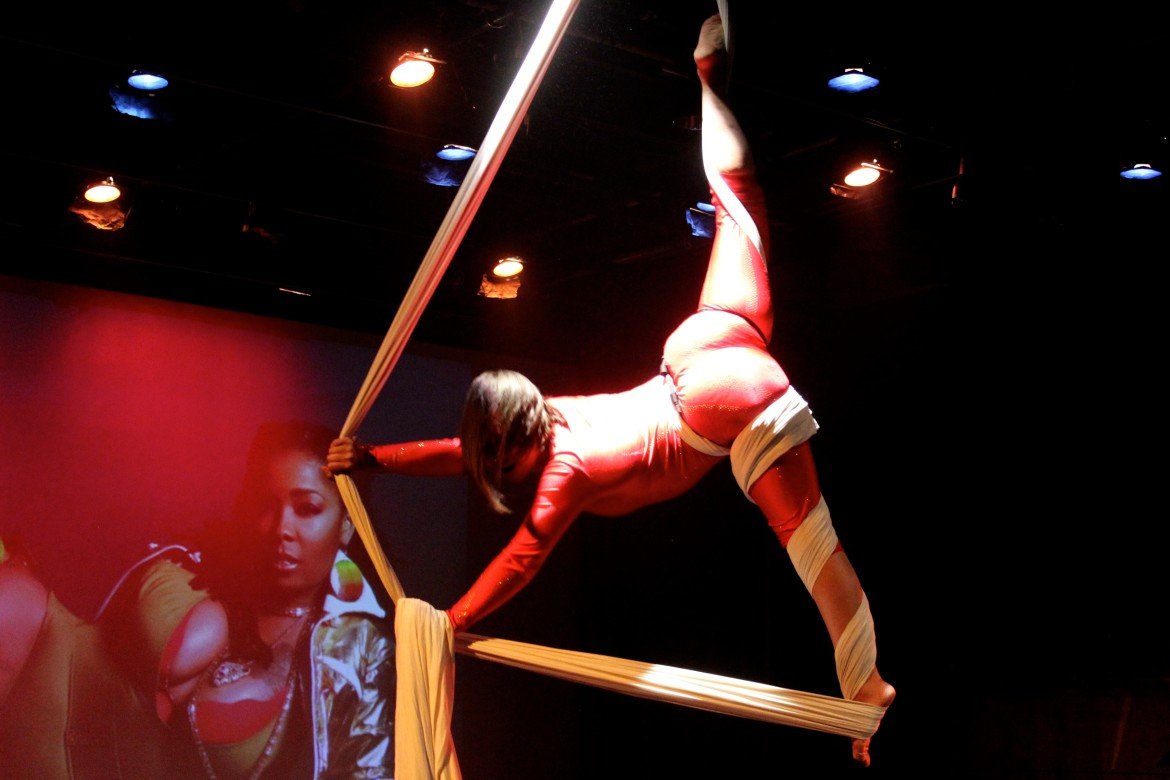 In the lobby of Intermedia Arts on Lyndale Avenue, chalkboards almost as tall as the high ceiling display vast maps of written pleas and assertions from its patrons. They resound with many handwritten hashtags relating to Black Lives Matter, such as #ICANTBREATHE and #HIREDONTFIRE. Sharing the same chalkboard space is #TRANSLIVESMATTER.

These chalkboards are the living wallpaper of activists, and this lobby and the space to which it leads are better because of them.

The acts of terrorism against African Americans like the Charleston shooting and the high rate of attempted suicide among transgender people are remembered at the same time. But what Queertopia has done in partnership with Bedlam Theatre and Intermedia Arts is bring a much-needed space to Minneapolis. 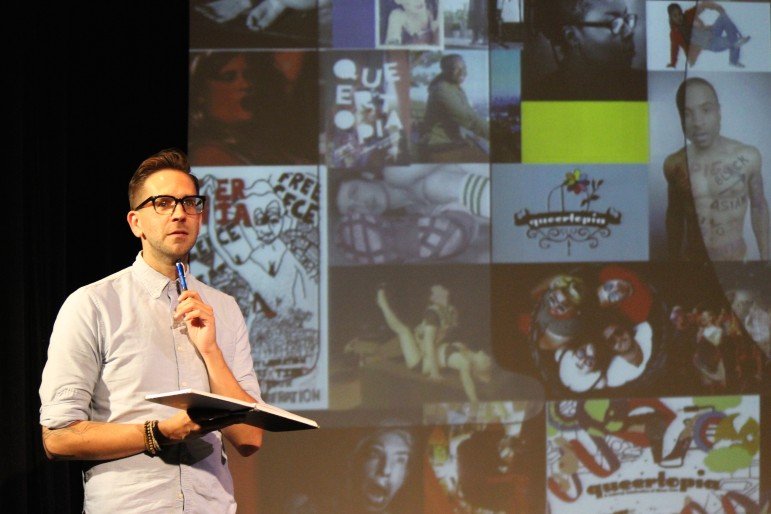 Queertopia, “a cabaret celebration of queer love,” seeks as much diversity as possible. It is not just another white Twin Cities Gay Pride event–it is more.

As Lusiak puts it, Queertopia calls for “as many diverse voices in every category we can think of.”

“I am committed to building this specifically in collaboration with people of color and trans people,” the other co-curator Nastalie Bogira added. “This is where I want for Queertopia to go.”

The show Queertopia puts on is largely cheerful. The acts are often funny and even the more somber performances feel welcoming and liberating. And yet, not even the 10-year-old annual event can help but provide commentary to the tumultuous and horrendous social contexts around us. 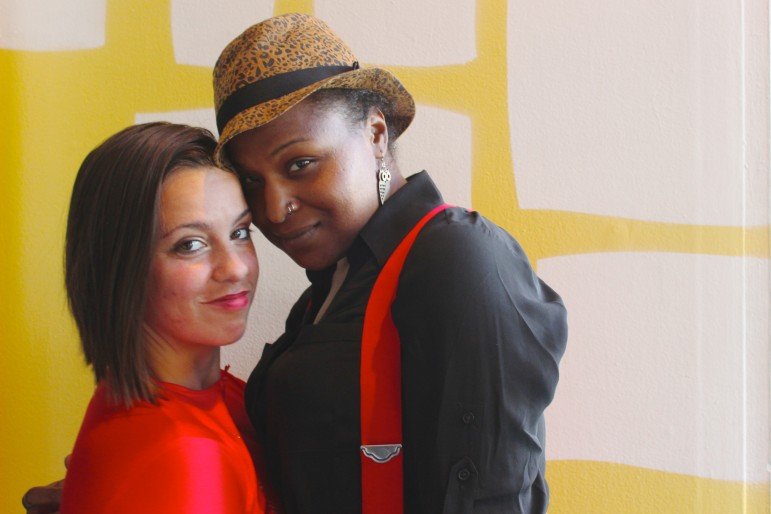 In a show that was about two hours, very few of the acts were the traditional drag show performance that one may associate with queer art. This is, to be sure, intentional on the Queertopia curators’ part.

Twin Cities trans activist and writer Claire Renee Kohner commented on the weight of drag shows for some in the trans community. “The drag community wants to claim ownership of words like ‘tranny’ and ‘shemale,’ both highly offensive terms to trans women,” Kohner said.

“The perpetuation of these terms by the drag community creates a clownish image of people who are transgender to the general public and that perception of us prevents our community from being looked at as anything but men in dresses.”

And while drag still persists in Queertopia, most of it is deliberately not drag. Sure, there is exploration of gender on stage. Sure, there is dancing and removal of clothing. But this queer performance has no room for the traditional or the harmful.

Lusiak said that if Queertopia is a post-modern radical queer perfomance, Queertopia’s off-shoot “Rumpus Roots/Routes Rhizome Rising,” which took place on June 20, is the “post-post” version. The off-shoot sought to “pull apart the temporal and spacial [aspects] of cabarets,” according to Nico Swenson, who was a performer in both Queertopias. 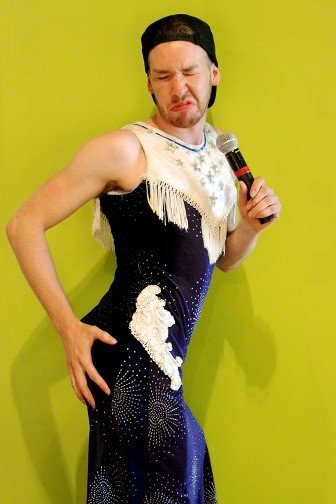 Nico Swenson in costume for their performance.

When a lucid, troubling and brilliant spoken word performance engaging topics of depression and empowerment of people of color by Rica de la Concha and an energizing dance and movement piece by Tom Lloyd and Craig VanTrees can share the same space, this is a place queer liberation shows up and stays a while.

As Andrea Jenkins said in one of the many short videos played at Queertopia, “If it’s done by a queer person at Queertopia…then it’s queer.”