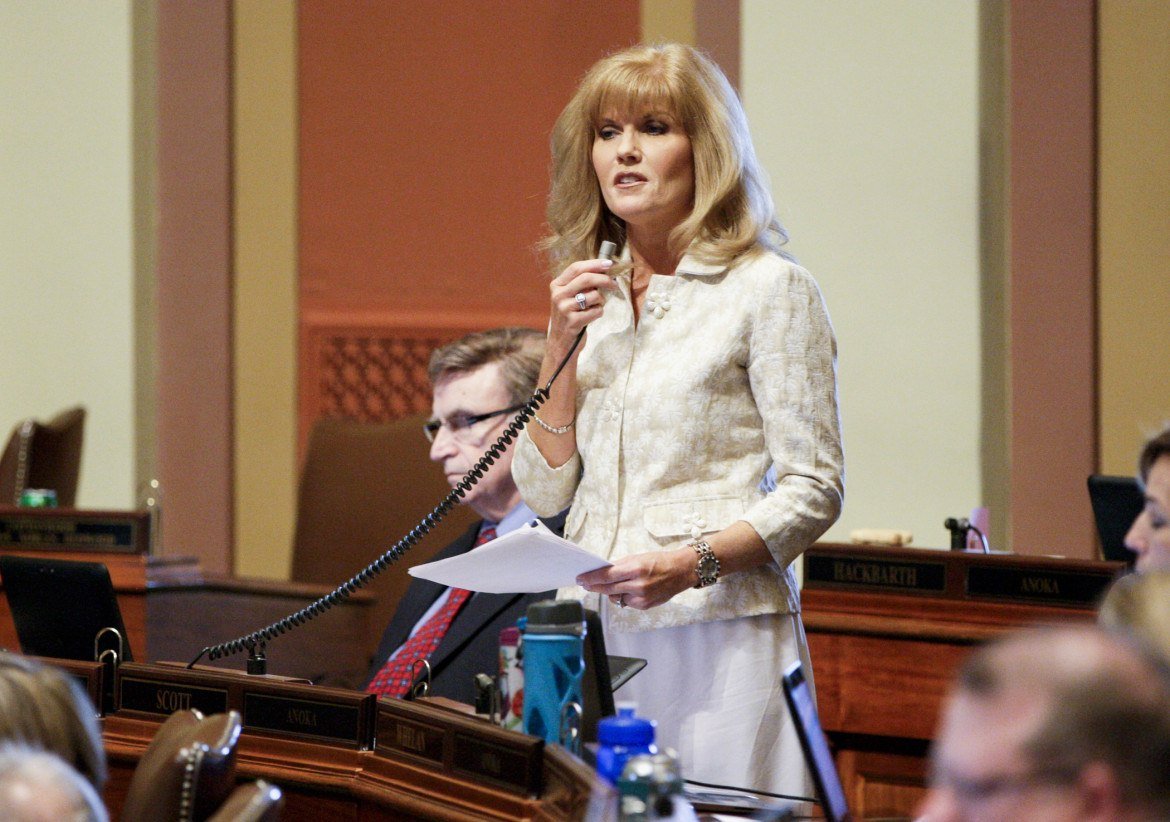 [Rep. Peggy Scott describes provisions of her bill SF1191, the omnibus family-law reform bill, during debate of the House Floor May 8. Photo by Paul Battaglia.]

“It’s one of the most emotionally divisive issues of the past decade,” said Rep. Carolyn Laine (DFL-Columbia Heights).

“It was very personal for those of us who have been involved,” said Rep. Kim Norton (DFL-Rochester).

Scott, Laine, Mahoney and Norton are the sponsors of a suite of family-law reform bills that began to move through House committees in early Februaryafter years of fierce contention and more recently, determined collaboration on such fraught topics of divorce and child support.

They made their remarks on the House floor Friday, where an omnibus package that includes most of the bills passed 121-0.

Scott thanked Dayton for sparking the process that brought newfound consensus with a pocket veto to her 2012 bill. For nearly three years, lawmakers and others deeply concerned with family law strove to find agreement as part of a child custody dialogue group. Only issues on which the group found consensus moved forward as proposed legislation, Scott said, and no one got 100 percent of what they wanted.

A part of Lesch’s bill concerning “virtual parenting time” was not included inSF73, the Senate companion sponsored by Sen. Ron Latz (DFL-St. Louis Park), and did not make it into the omnibus.

Norton said she hoped to see as much of the full package of family reform bills pass, regardless of which omnibus included individual bills.

The four members thanked each other and expressed solidarity with each other as their long process neared its end.

Laine told the House that no matter whose name was on individual bills, “we all feel ownership for all of them.”