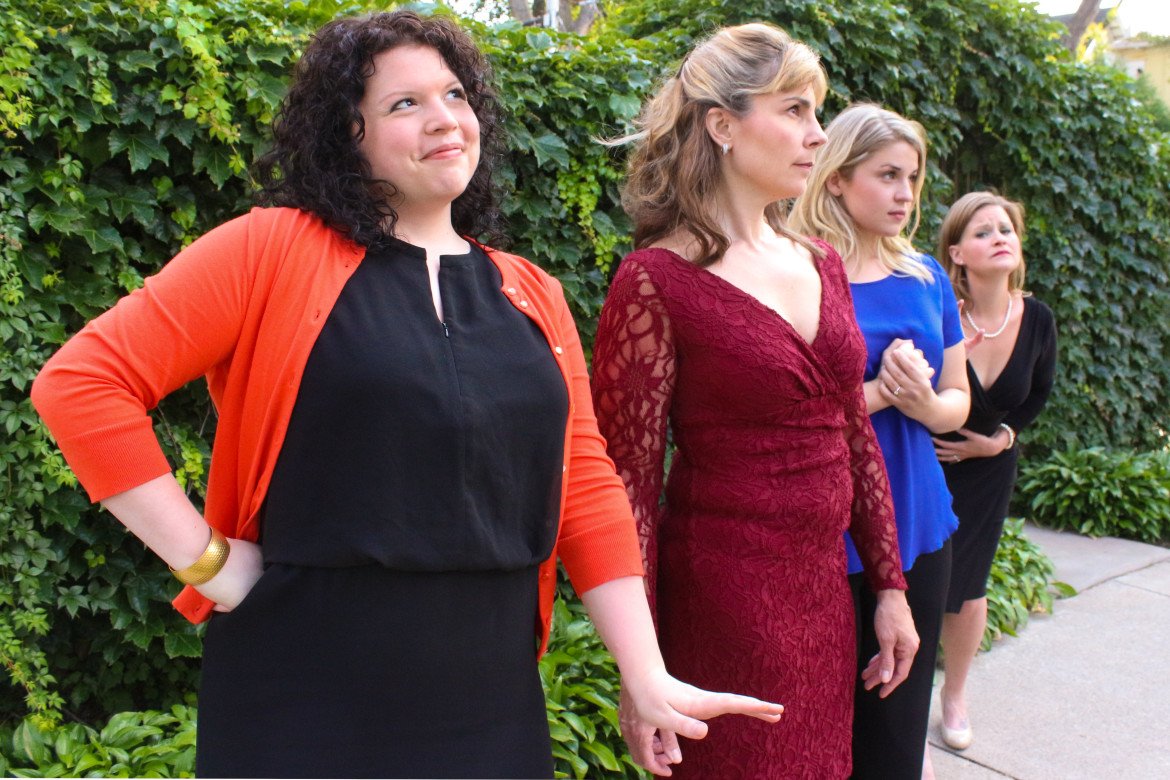 Part of the cast and creative team for Really Spicy Opera's The Clever Artifice of Harriet and Margaret.

On June 21, 1985, the Metropolitan Opera announced that it was ending more than a century of national tours. Not quite one year later, on May 31, 1986, the very last tour closed its doors with a farewell performance in Minneapolis’s Northrop Auditorium. Many commentators opined that this was a severe blow to the Twin Cities opera scene, from which it would be hard-pressed to recover – an especially topical comment, given that the final curtain dropped on Violetta’s death scene in La Traviata. 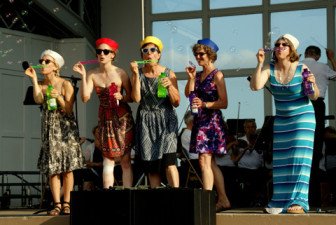 Three decades later, a very different scene unfolds on both banks of the Mississippi. Minnesota Opera, then focused on experimental new works, seized opportunity by the (Viking helmet) horns and broadened its programming to encompass more of the classics that the Met had formerly imported. Its smaller counterparts have come and gone over the years, but after a relatively mild winter the spring and summer have produced a bumper crop of opera the likes of which the Twin Cities have not seen in many years – many from newer and less familiar organizations.

Things first began to heat up in April with Minnesota Opera’s caliente production of Carmen. By the time MNOpera closed its doors for the summer in mid-May, ticket sales had smashed the company’s box office records – even eclipsing the milestone set by last year’s Magic Flute. The true beginning of the summer opera season, however, featured a new addition to the Twin Cities music scene, an all-female ensemble named Garden of Song Opera. Garden of Song, which debuted last December, took to the Como Pavilion in June for concert renditions of Purcell’s Dido and Aeneas and Gluck’s Orfeo ed Eurydice – two Baroque operas rarely done in these parts.

Norman Shankle, one of the stars of Skylark Opera’s La Rondine.

Next up was Skylark Opera’s June production of La Rondine, a less commonly heard gem by Puccini. Many younger operagoers think of Skylark Opera as a young organization, in part because the company has only used that name since 2006. Skylark hit 35 years of age in 2015, after having previously produced under the names Opera St. Paul (1980-1986) and North Star Opera (1986-2006). In the words of its box office manager, the company was “very pleased” with this year’s ticket sales, even if La Rondine wasn’t the full sell-out that the previous year’s Candide was.

Ticket sales were not quite on the radar for the Gilbert & Sullivan Very Light Opera Company’s concert performance of HMS Pinafore at the Lake Harriet Bandshell in July. This reprise of GSVLOC’s successful spring production was part of the company’s annual tradition of free outdoor concerts in the summer – bug spray recommended for all the mosquitos that also come to listen and picnic. The opposite was true (ticket-wise, not mosquito-wise) across the city where Mill City Summer Opera marched through the ruins with a triumphant staging of Donizetti’s La Fille du Régiment in the Mill City Museum backyard. 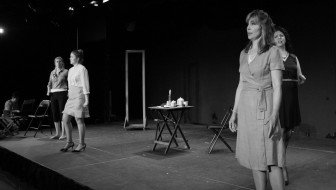 The Minnesota Fringe Festival is not historically a place that people look for bonafide opera (pop, rock, soap, and space operas, yes; classical music, not so much), but that appears to be changing. Last year, the comic opera The Frat Party appeared on the festival billboard, and in this year’s Fringe lottery a half dozen opera proposals surfaced. The lucky lottery winners this time around were GSVLOC’s Trial by Jury (a rarely performed Gilbert & Sullivan of an awkward mainstage length, but of perfect length for Fringe) and Really Spicy Opera’s The Clever Artifice of Harriet and Margaret (an opera with an all-female cast and creative team). Trial by Jury has had its own trial with playing opposite the Bollywood dance extravaganza Spicy Masala Chai; the two productions are anecdotally neck-and-neck for the most ticket sales in their venue. According to GSVLOC producer Stephen Hage, the 36-year-old company is very pleased with its Fringe debut and hopes to return again soon.

One of the more unusual features of Trial by Jury in the Fringe lineup is that it features an actual chamber orchestra – a suitable richness of sound to match its large cast, and much larger than the typical keyboard or combo for Fringe musicals. That was heard a bit down Nicolette Mall in Orchestra Hall, where the Minnesota Opera’s Sommerfest concluded with a concert performance of Puccini’s Madame Butterfly.

So how does the summer edition of this opera renaissance end? At the Minnesota State Fair, of course, with things on sticks. Look for Garden of Song Opera on August 29 in the Agriculture Horticulture Building, as part of the Dirt Exhibition – the kind of gardening synchrony you just can’t make up. See what grows.