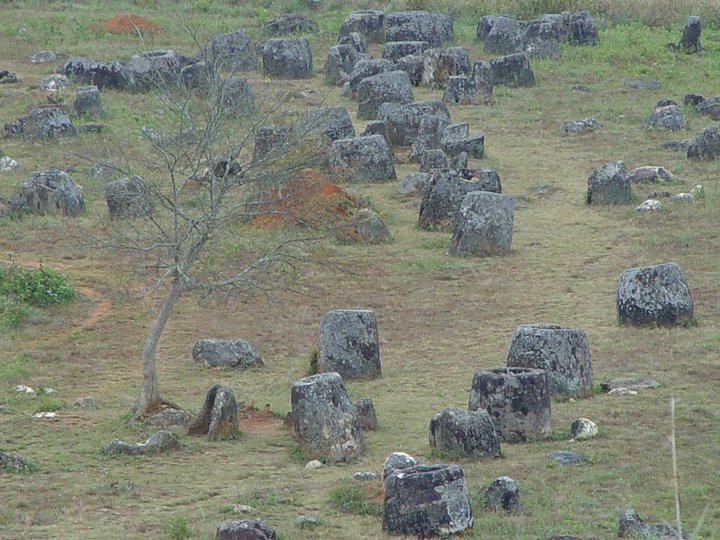 This Memorial Day weekend we recognize the service of our veterans in America. I was adopted from Laos by a family of military men and women, and have a deep appreciation for this day. I was raised with family stories about the Army, Navy and Air Force and many of my friends were Marines.

Growing up, I learned from my parents about the secret war in Laos that took place while America was involved in Vietnam. The full details weren’t spoken of much except in brief snippets and hints and the occasional newspaper article.

In the 1990s that began to change when more Americans who’d covertly participated in the conflict broke silence. I also found many veterans of the Royal Lao Army in my travels who nearly died for helping the US.  It saddens me how many of those stories are lost every year.

Of the 400,000 Laotians resettled in the US, many were American allies even when the US was not officially supposed to be in Laos.  Because of their efforts, countless American lives were saved because so many of the enemy never made it past Laos.

They played a pivotal role working alongside men such as the pilots of Air America and the Ravens Forward Air Controllers to slow down the flow of men, weapons and supplies along the Ho Chi Minh Trail from North Vietnam into South Vietnam.

In this war, a Hmong pilot named Lee Lue made it into the Guinness Book of World Records for most combat missions flown. He used a modified T-28 airplane normally meant for training, not actual combat. A former school teacher, he was going to be part of a new generation of educators before the war cut his life short.

The politics and legality were incredibly convoluted but the final result is that Laos became the most heavily bombed nation of the 20th century. More US bombs fell on Laos than all of Europe during World War 2.  Thousands were lost and displaced by this conflict. But this is not a chapter that’s included in most history books. America is built on many forgotten stories like this, but we must expect better of ourselves.

This was an issue that became acutely clear with the murder of Thung Phetakhoune in July, 2001 in New Hampshire. A ranting drunkard named Richard Labbe pushed Phetakhoune, a frail, 62-year old, 120-pound veteran of the Royal Lao Army onto the concrete, cracking his skull open. When asked why he did it, Labbe told the police, “Call it payback. If you’re not going to do anything about these Asians in my country, then I will!”  This was not considered a hate crime.

Would it have made a difference if Labbe had known who Phetakhoune was? Perhaps not, but history is filled with questions like this.

There are at least five major communities from Laos in the US today, from the Lao, Hmong, Khmu, Tai Dam and Mien and others whose histories are permanently intertwined with the American legacy.

While May is Asian American and Pacific Islander Heritage Month, I’ve found it often a bittersweet month to celebrate because some Asian American activists I knew don’t feel non-citizens should be included in the lists of who helped build America.

“This is a month to celebrate Americans,” I was informed a few years back when I put forward the names of several Lao and Hmong veterans to be considered for a list of influential Asian Americans. That rankled as I look at the veterans from my homeland who gave so much to protect both Americans and Laos.

Several accounts suggest that Laos often sacrificed as many as 10 lives for every 1 American airman rescued from behind enemy lines. President Obama recently gave a posthumous Medal of Honor to a veteran who died in 1968 trying to rescue trapped undercover Americans operating a secret radar station installed on Mount Phou Pha Thi in Laos. But there are no medals or recognition for the Laotian veterans who died to defend that same installation or other Americans throughout the war.

Although they fought American enemies using American weapons and air support with American paramilitary advisors,  operating from American-designed airbases to support secret American policies, Laotian veterans aren’t eligible for burial in Arlington Cemetery or veterans benefits allowing them employment, housing or education opportunities here in the US. Formally, this is within the letter of the law, but surely not the spirit of what makes America great.

The late Minnesota congressman Representative Bruce Vento once told me in a 1998 interview that there were many paths to citizenship, to becoming American. “Some are born into it. Some pass a test. And others earn it through service.”  Those words stuck with me.

I celebrate Memorial Day, but I also know there is so much more we can do for those who fought in Americas secret wars as well, even starting with something as simple as listening to their stories.