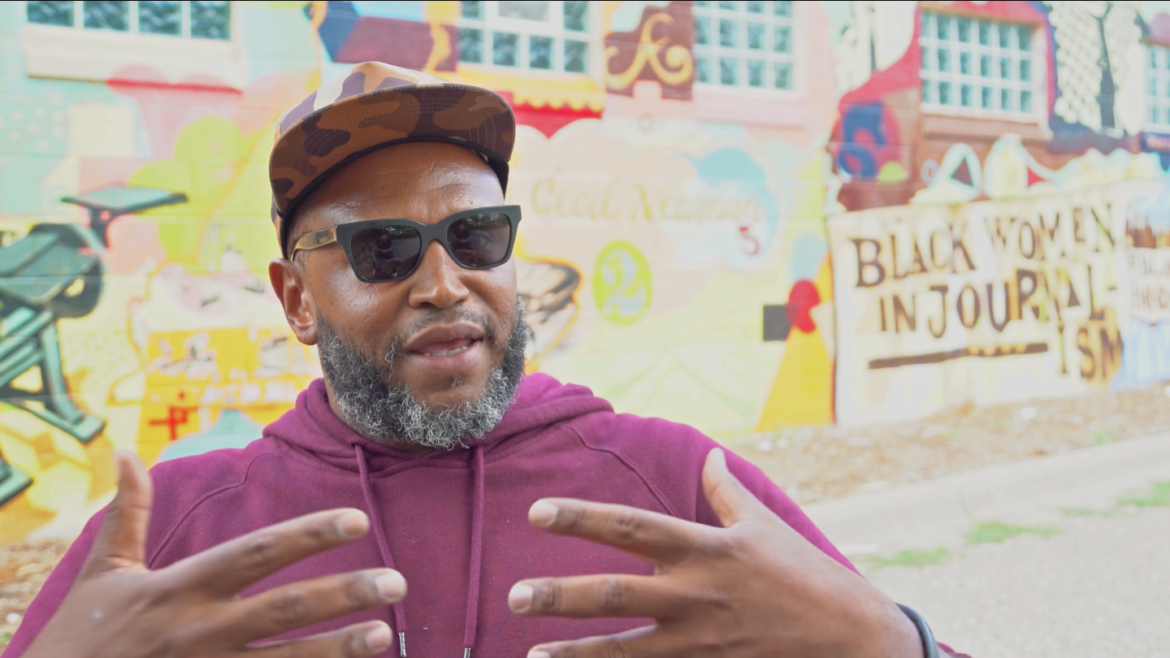 Chaka Mkali, AKA I Self Devine, discusses the painting he created inspired by Prince. Photo by Ryan Stopera.

“There’s often a conversation of Prince transcending race… but when you say it in that fashion it’s as if we don’t have to have that conversation around gender, race or class–what defined him, especially coming from a place like Minneapolis, that is typically eurocentric. To be who he was is like salmon swimming upstream, and is the result is the environment he created. His own universe,” Mkali said.

Watch the full video below.

Music: I Self Devine – “I Want It All” Instrumental

To catch Vol. I of our Prince Legacy Project featuring an original song by Mike Queenz, check out the video here.

To learn more about the series and the inspiration behind it, read the forward by Arts + Culture Editor Caroline Taiwo here.