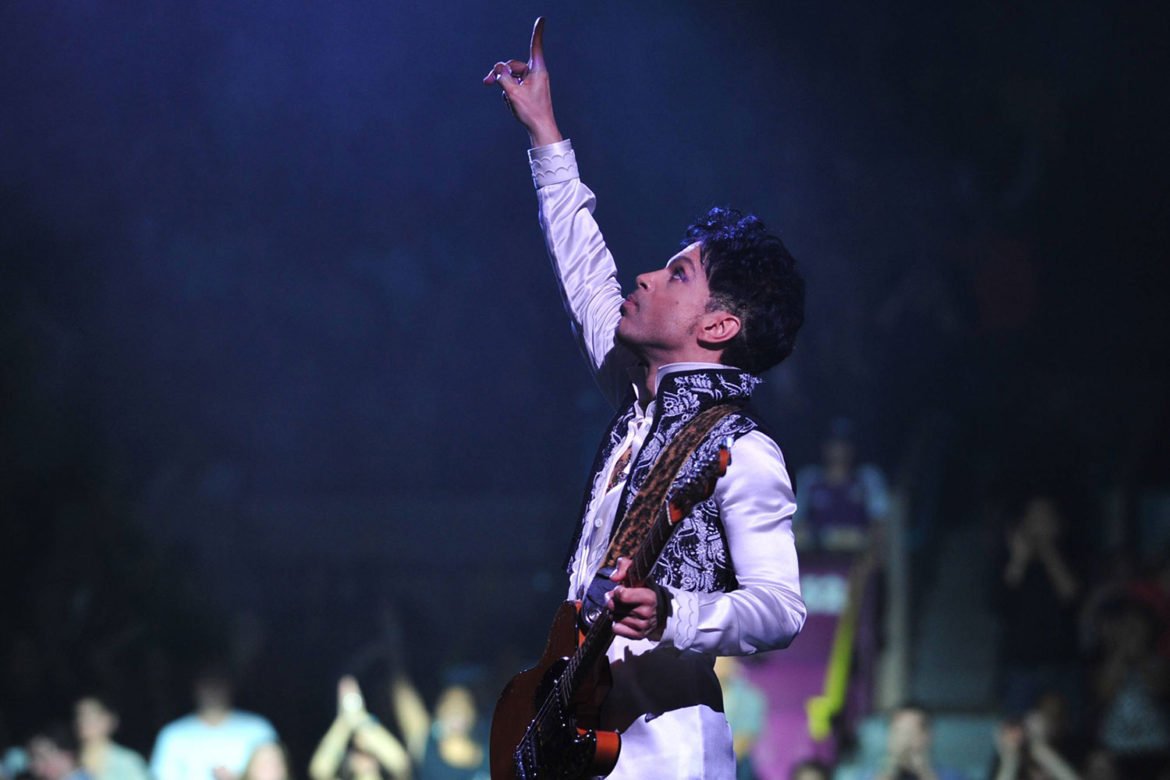 I was born and raised in Minneapolis, yet the only times I saw Prince were at other local black artists’ shows. The first time I visited Paisley Park was on April 21, the afternoon he passed. Regrettably I never got to hear him play live, though I conjured his spirit on dance nights at First Avenue and falsetto whenever his voice rang through my speakers. My mom, originally from Lagos, Nigeria, is who first introduced me to Prince, or rather, she was who I first experienced Prince through. Usually she’d drive us to one kid function or the other and pop in a Prince or Michael Jackson cassette to enliven the commute. Mom kept a strict cleaning schedule and would wake us up Saturday morning to do chores by blasting Fela Kuti or King Sunny Ade throughout our apartment. I was too young and too Americanah to yet appreciate the genius of those artists so when she disappeared into the kitchen to make omelets, or even when she was trying to motivate us to keep cleaning, she’d swap in a Prince cassette and laugh and dance and point out all the corners I missed. My mother had a knack for finding the one dust speck left behind. My favorite song to hear while cleaning was “When Doves Cry” because of the line “maybe you’re just like my mother, she’s never satisfied.”

As I grew older I gravitated towards rap and hip hop for their black themes and race lens. Through hip hop I developed a reverence for black art, language to analyze culture, and a deeper discernment for eccentric music (thanks Mom!). I noticed Prince’s influence all throughout creative black work, which inevitably circled me back to him. Prince’s music straddled and expanded my understanding of self, place, and art within the web of race, gender and sexuality. And Prince being from Minnesota also meant he knew what it was to be black here. There’s a certain type of asphyxiation caused by interacting with white passive aggression and aloofness that exists in the North, Minnesota is quintessential. I was at a packed cafe in Uptown when I learned Prince passed and I and the other folks I was with, two women of color, were instantly and visibly affected. At first I suspected that none of the other patrons–white, connected to the WiFi, and working on their laptops–had found out yet because nobody else was flinching. When asked, the owner of the cafe admitted he’d heard the news and when pressed he reluctantly played one Prince song. Later that evening we friends reconvened at First Avenue for their all-night block party. The place and the time felt fitting to mourn but upon arrival and seeing a sea of giddy white people I, for the upteenth time that day, felt really isolated.

Prince proudly represented and advocated for the black community, especially locally and still his image was posthumously whitewashed by media. National news erroneously identified Prince as bi-racial and the Billboard Music Awards hired a blond-haired, blue-eyed Madonna to commemorate a man who used his platform to elevate women of color. Perhaps Prince is for everybody, surely he’s for communities of color, but in a necessary way he’s also just ours: local black people’s. Prince contested every single standard that whiteness, heteronormativity and patriarchy subjects people of color to. He’s a free black man whose wild seed is rooted in kindred black Minnesota-ness. Prince reminds us that black is invincible, sacred and futuristic even while we’re daily trying to fight for our lives here.

One of Prince’s many tools to combat white supremacy, patriarchy and heteronormativity was music. And to mark that legacy in these trying times, we’ve invited local black activists/artists–Mike Queenz, Chaka Mkali, and Brittany Lynch–to create original work that deconstructs power, pain, and the fallacy of “Minnesota Nice.” Twin Cities Daily Planet will slow release each project in a series of videos, expertly crafted by Ryan Stopera, over the next two months.

Mike Queenz draws from Prince’s ability to navigate ambiguity and says his piece will confront gender normatives, black queerness, and body positivity as radical self love.

Chaka Mkali describes his piece as dealing with “how Prince seamlessly wove culture and politics overtly and subversively in his art tackling issues such as police, war, God, and gun control.” Prince’s worldviews were shaped by early life experiences and Mkali says his piece will also explain how “Prince was resilient in overcoming poverty. His rise to prominence is reflective of the Africans experience in America maneuvering through exploitation and the need to control one’s self and destiny.”

Brittany Lynch will be doing a spoken word poem on “what I’ve learned about space, time, and this thing called life while processing the death of my musical hero, Prince.” She describes Prince as, “the ultimate example of living a life with purpose.” In the spirit of collaboration, Shapeshift Creative Director, Ashley Semer, will provide a visual movement element to illuminate Lynch’s words.

“He was from a world where Black was not only beautiful, but it was nuanced and complex and shifting and unapologetic and wise. His questions to us were simple and yet profound: What will it take for us to live free? He knew it would take a revolution, and through his life, he tried to show us what revolution could look like, feel like, taste like and ultimately just be like.” -Alicia Garza, co-creator of #BlackLivesMatter

If you’re an artist of color, inspired by the work we’ve shown, and want to contribute to this tribute please feel free to contact me or send in your work for consideration: caroline@tcdailyplanet.net