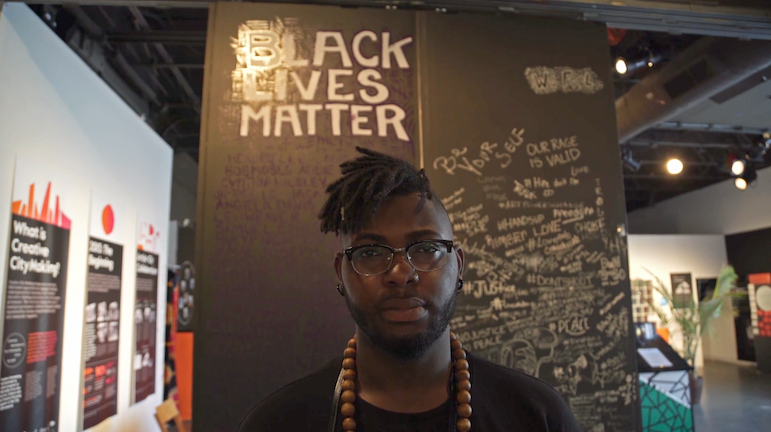 Volume I of a collaborative series with the Twin Cities Daily Planet dedicated to the legacy of Prince, featuring artist Mike Queenz.

“Prince was a very clear statement for a lot of queer folks. He was able to be that thing and embody this, I don’t know this energy that so many people have pent up inside or can’t express…  Whatever it is, society doesn’t want to accept queerness, especially when it’s coming from black people, or masculine folks. I think Prince was just that thing, that epitome of what it means to be a carefree, queer, black, genderbending person.” –Mike Queenz

The Prince Legacy Project is a three-part video series featuring original works by black Minnesota artists inspired by the life of Prince. To learn more about this project, check out the forward by Caroline Taiwo here.