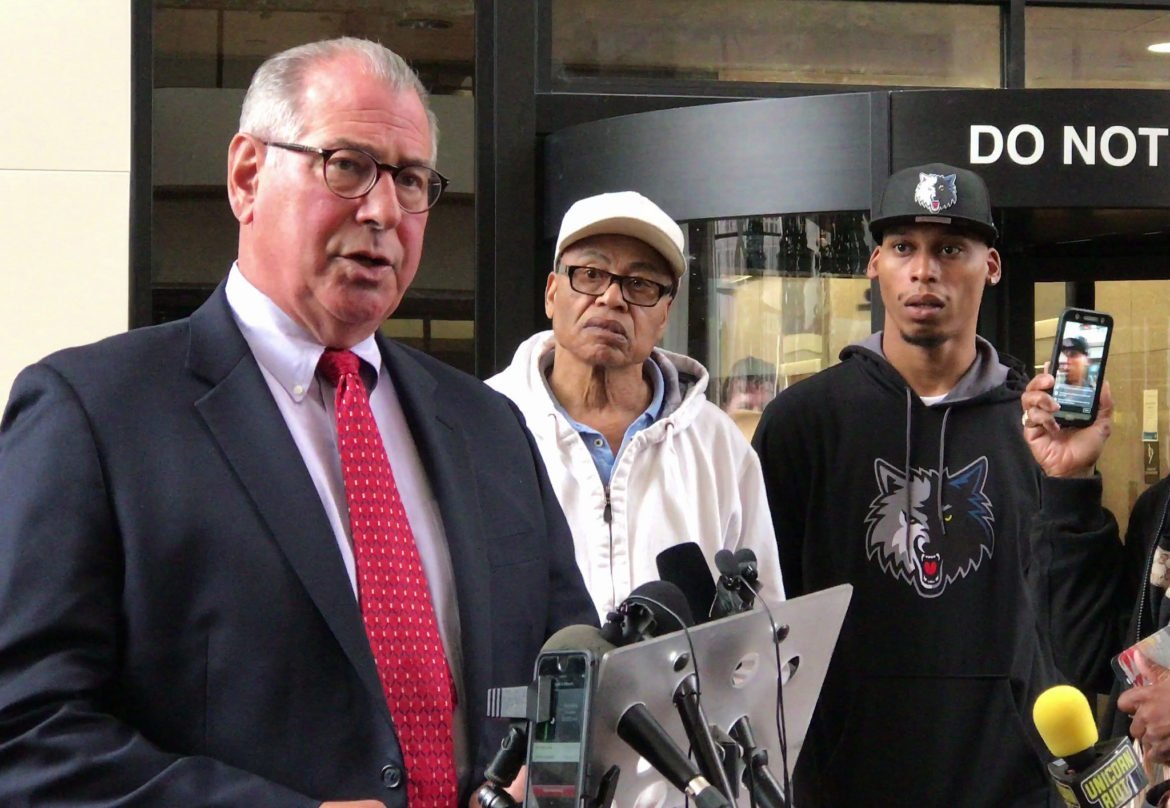 Hennepin County Attorney Mike Freeman speaks to the media after the sentencing of Allen 'Lance' Scarsella on April 26, 2017. Photo courtesy of Tony Webster via Flickr.

Rory Fleming, in his June 5 piece, said prosecutors nationwide are reforming criminal justice and wondered if Hennepin County Attorney Mike Freeman was up to the task.

Thanks for asking. In fact, we are so far ahead of the wave that we are surfing to shore while others are still paddling out to the breakers.

Let’s look at what Fleming lauded in other county attorneys: decriminalizing low-level marijuana possession. As he knows, because we provided this material to him, we not only have a policy to do pre-charging diversion for possession of up to 100 grams of marijuana, but we also do the same for people found with fewer than 10 prescription pills. We also forcefully lobbied for five years before convincing the 2016 Minnesota Legislature to raise the amount of cocaine and methamphetamine a person must possess to be charged with first or second degree controlled substance charges. More importantly, more people would be eligible for drug treatment for low-level felony drug possession, which eventually will free up some 600 prison beds.

Don’t charge felony shoplifting unless it is $1,000 worth of goods? That has been Minnesota law for 10 years.

But let’s look at what else we have been doing that Fleming’s criminal justice radar did not detect. Ten years ago, I was appalled at how many criminal cases school administrators were sending to our juvenile division for prosecution of their students. Many of these were for disorderly conduct, minor damage to property, petty offenses that should have been handled by the schools. We told them what types of cases we would accept and to stop sending us the rest. The result? In the 2006-07 school year, when I was elected to this office, 2,513 children were referred to our office for offenses that occurred in school. Last school year, that number plummeted to 865.

Last year we began a program with our partners at The Link to divert nearly all of the kids breaking curfew. Instead of putting them into the criminal justice system and developing a record, we work with the Link to get them into programs so they are not out late and in danger of being crime victims.

We make no apology for charging heroin dealers with third-degree murder for selling heroin to addicts who then die. For example, we charged one dealer, Beverly Burrell, in the death of four of her customers. In several cases, the lab determined she had spiked it with fentanyl. She was convicted in one case, is awaiting a verdict on a second and will go to trial for the other two later this year.

Finally, we were national pioneers in dealing with officer-involved shootings of civilians. When two Minneapolis Police officers shot and killed Jamar Clark, we listened to many county residents who told us they didn’t trust the grand jury process and wanted me to make the decision on whether to charge the officers. For the first time in more than 35 years, we did not use the grand jury.

Even more innovative, we used our website to post all of the evidence, photos, witness statements and videos we reviewed in making our decision and included the legal standard we would have to meet in order to bring charges. In the end, we determined that the evidence was clear that Clark was not handcuffed when he was shot and that his hands were on the officer’s gun, so the shooting did not support a criminal charge. While some have argued that was the wrong decision, the law is clear and the experience of Baltimore, where six officers were charged in the death of Freddie Gray, but three were acquitted and three others had charges dismissed, is strong evidence that we were correct.

I could go on about our activities to keep children in school through our be@school program, about our work to curb gun violence, our review with the Innocence Project of 14,000 cases in Minnesota which found no wrongful convictions and many other initiatives. Suffice to say, we come to work every day looking for innovative ways to make sure only the most deserving people in Hennepin County wind up in the criminal justice system.