Perhaps you’ve heard: The State of Minnesota’s government has shut down. Continue Reading

Chairs — including Ai Weiwei’s — gather at the Walker Art Center

As I write this, chairs are gathering along Minneapolis’ Hennepin Avenue in anticipation of an observation tonight of the 100th day of artist Ai Weiwei’s arrest Continue Reading

HOTTEA’s Wildlife: 12 skeins of yarn, a stencil and an empty urban lot

Minneapolis yarn artist HOTTEA emails about a new project on Nicollet in South Minneapolis which, like the last one, goes away from straight yarn throw-ups (for lack of a better word) of the artist’s tag:

In my Northeast Minneapolis neighborhood, I’ve spotted a few interventions by and for bicyclists. 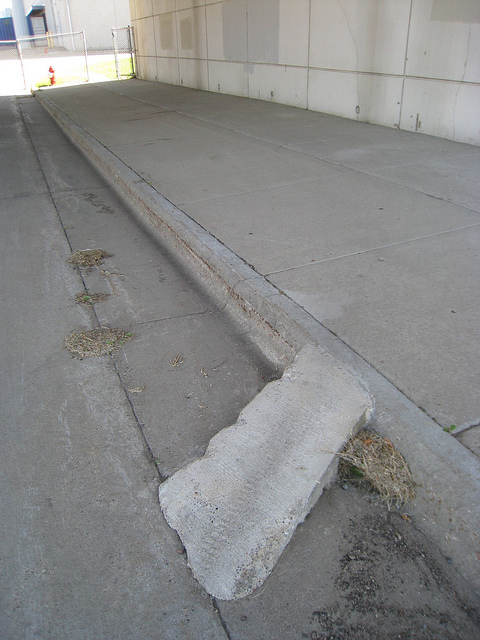 Teachers, doctors urged to renew licenses in anticipation of shutdown

In anticipation of a possible government shutdown on July 1, many in fields licensed by the state find themselves scrambling to renew their licenses in order to keep working. Minneapolis Public Schools Superintendent Bernadeia Johnson wrote a letter to staff encouraging them to renew expiring licenses quickly, while a physicians group has struck a deal with the state so doctors whose licenses will expire this summer can file early.“It is imperative that employees who require educator licenses take immediate action to ensure that their license is appropriately renewed this year,” wrote Johnson Thursday in an email obtained by the Minnesota Independent. “Licenses to be renewed in 2011 expire on June 30. You must submit your renewal application as soon as possible, as the Minnesota Department of Education online licensing system will not be available after 5:00 p.m. on June 28, 2011.”“I urge you not to wait until July to check your status,” she wrote, addressing non-instructional staff members, who also may need license renewals.The Pioneer Press reports that there are around 11,000 teachers with standard teaching licenses expiring this summer and 2,400 more with limited licenses.The Minnesota Board of Medical Practice, anticipating a shutdown, outlines on its website how its licensing will work in the event of a shutdown:• The July 9, 2011 board meeting will be postponed and no licenses will be issued and no disciplinary actions taken. • All temporary permits expiring on July 9, 2011 are valid until the next board meeting. Continue Reading

As Sen. Amy Klobuchar’s bill to amend U.S. copyright law to make it a felony to stream copyrighted material online heads for a vote on the Senate floor, more attention is being paid. The nonprofit government transparency group MapLight notes that backers of the measure — which includes the Recording Industry Association of America, the Motion Picture Association of America, NBC and CBS, among others — have given more than $85 million to sitting senators in the last six years. And the progressive group Demand Progress is challenging Klobuchar’s assertion that the bill will only target “criminals” hoping to make big money from copyright infringement.Klobuchar’s bill assigns a maximum 5-year prison term for those convicted of streaming “10 or more public performances by electronic means, during any 180-day period, of 1 or more copyrighted works” and in cases where the “total retail value” of those performances to its owner exceeds $2,500 or the value of licensing of the works exceeds $5,000. It passed out of the Senate Judiciary Committee on Thursday, but a vote before the full Senate has not yet been scheduled.According to MapLight, the top 10 industries contributing to Klobuchar’s campaign included TV, music and entertainment companies: She received nearly $170,000 from the industry since 2005. Bill consponsor Sen. Chris Coons (D-Del.) took in more than $82,000 from the same industries, while Republican cosponsor Sen. John Cornyn’s MapLight data doesn’t show the industry within his top-10-donors list.It’s not the industry, but average citizens that Demand Progress is worried about. Continue Reading

A bill introduced last month by Sen. Amy Klobuchar could make it a felony criminal act to stream copyrighted “performances” online without permission. The bill — “To amend the criminal penalty provision for criminal infringement of a copyright, and for other purposes,” or S. 978 — assigns a maximum 5-year prison term for those convicted of streaming “10 or more public performances by electronic means, during any 180-day period, of 1 or more copyrighted works” and in cases where the “total retail value” of those performances to its owner exceeds $2,500 or the value of licensing of the works exceeds $5,000. Klobuchar co-authored the bill with Delaware Democratic Sen. Chris Coons and Texas Republican Sen. John Cornyn, which would modify Chapter 5 of the U.S. copyright code. It passed on voice vote in the Senate Judiciary Committee this morning. The bill should be headed to the floor for a Senate vote next. Continue Reading

Fresh off their mural with Over Under in Northeast Minneapolis, Broken Crow (John Grider, Mike Fitzsimmons) is just about done with another one, this time on the back wall of the building that houses XYandZ Gallery, the Trylon and Peace Coffee in South Minneapolis. Continue Reading

Minnesota Reps. Keith Ellison and Betty McCollum are among 34 Democrats expressing concern over an expansion to the Keystone pipeline, a 1,700-mile pipeline that’d carry some 700,000 barrels of oil extracted from Canadian tar sands from Alberta to Texas each day. In a letter to Environmental Protection Agency head Lisa Jackson and Secretary of State Hillary Clinton, the legislators asked for a meeting with State Department officials over concerns with the environmental impact of the line. In April, the State Deparment released a supplemental Environmental Impact Statement, but the legislators say they still have concerns. “In fact, EPA gave the draft EIS its lowest possible rating,” the lawmakers wrote in the letter dated Tuesday. Continue Reading