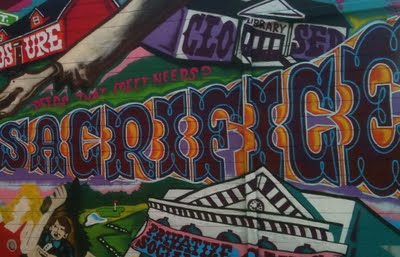 Perhaps you’ve heard: The State of Minnesota’s government has shut down. At issue is a budget impasse between the Democratic governor, Mark Dayton, and the GOP legislature: While Dayton favors bridging the budget gap with solutions including tax increases for the 7,700 richest Minnesotans, Republicans are holding firm with their no-new-taxes pledge. As compromise seems to have ground to a halt, people statewide are suffering, including (but certainly not limited to) teachers whose licenses are in limbo, grant-funded nonprofits serving some of the state’s most vulnerable people, out-of-work state workers and average folks who are required to pay taxes during the shutdown but won’t be getting any refunds, rebates or tax credits — or many of the services they’ve paid all year for. 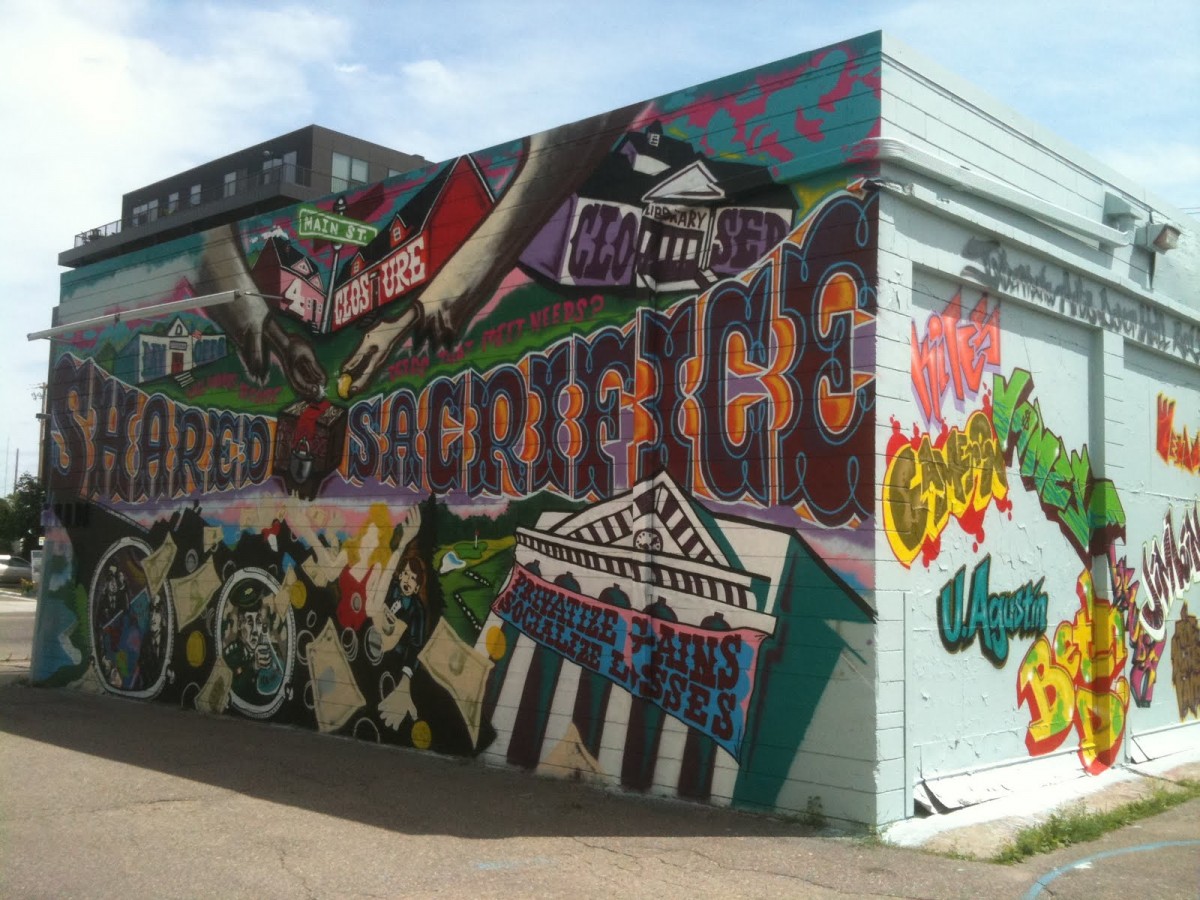 So Intermedia Arts‘ ever-changing mural wall caught my eye today for its timely political message: “Shared Sacrifice.” I don’t know anything about who made it — although I’ll ask — but its carnival typeface is reminiscent of the politically charged boxcar graffiti of Impeach and the Abraham Lincoln Brigade. Its sentiment — that all of us should bear the burden of the budget mess and the poor economy, instead of the wealthiest being treated with deference — hits home for me, and I’d bet, many, many Minnesotans. 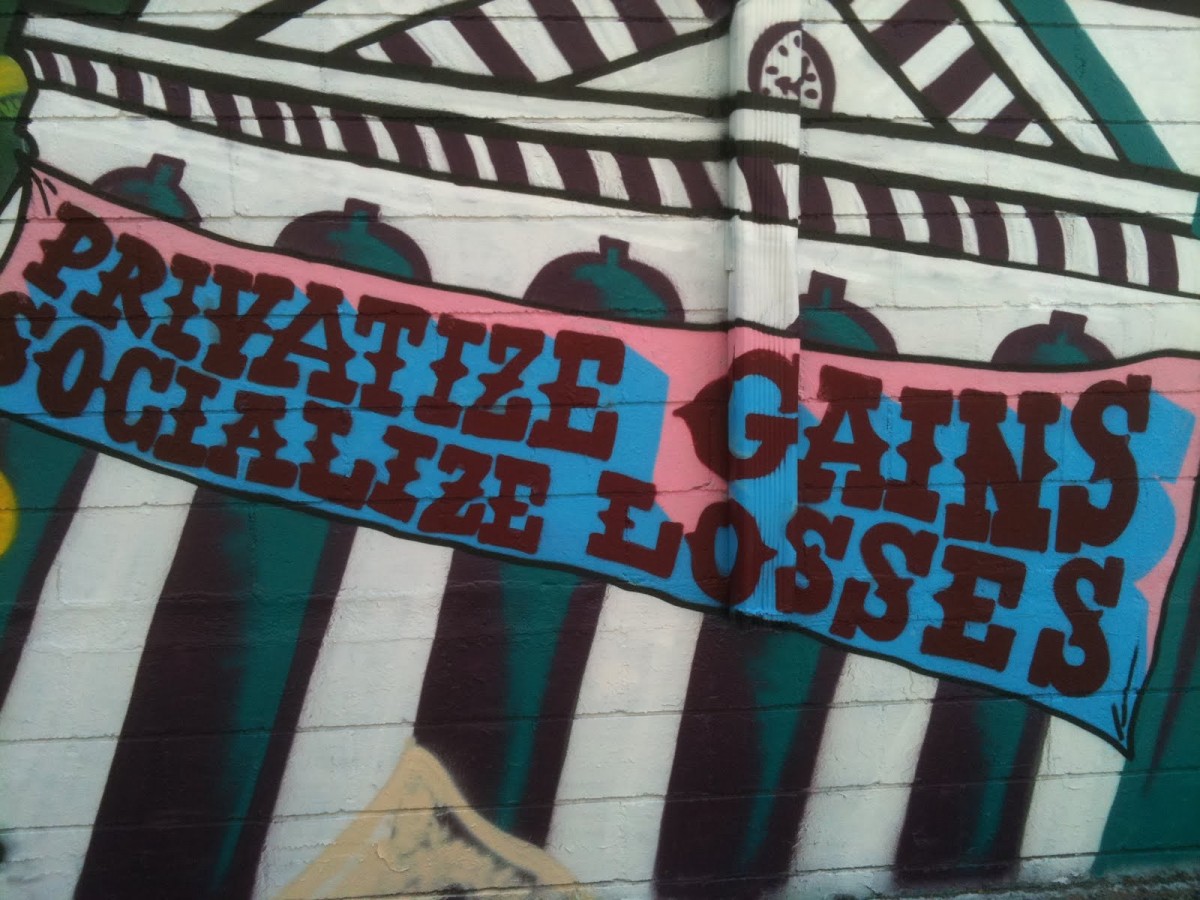 The mural’s theme, of course, has national significance as the debate rages about raising the United States’ debt ceiling. Just this afternoon, the U.S. Senate failed to get enough votes to pass a symbolic resolution calling for “shared sacrifice” from the wealthy in addressing the debt-limit conflict. The text of the non-binding resolution:

SECTION 1. SENSE OF THE SENATE ON SHARED SACRIFICE.

(3) Twenty percent of all income earned in the United States is earned by the top 1 percent of individuals.

(4) Over the past quarter century, four-fifths of the income gains accrued to the top 1 percent of individuals.

(b) Sense of the Senate- It is the sense of the Senate that any agreement to reduce the budget deficit should require that those earning $1,000,000 or more per year make a more meaningful contribution to the deficit reduction effort.