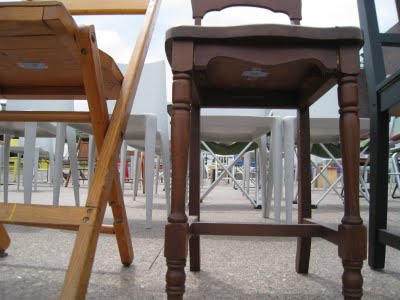 As I write this, chairs are gathering along Minneapolis’ Hennepin Avenue in anticipation of an observation tonight of the 100th day of artist Ai Weiwei’s arrest and the continued imprisonment of hundreds of dissidents in China today. Inspired by Ai’s work, Fairytale: 1001 Qing Dynasty Wooden Chairs, the Walker Art Center has asked the community to bring chairs, and they have — 250 or so already. While many more are yet to come — yours, hopefully — one has yet to be placed: An office chair from Ai Weiwei’s studio has been sent from Beijing and will be present for a moment of silence at 6 pm tonight. 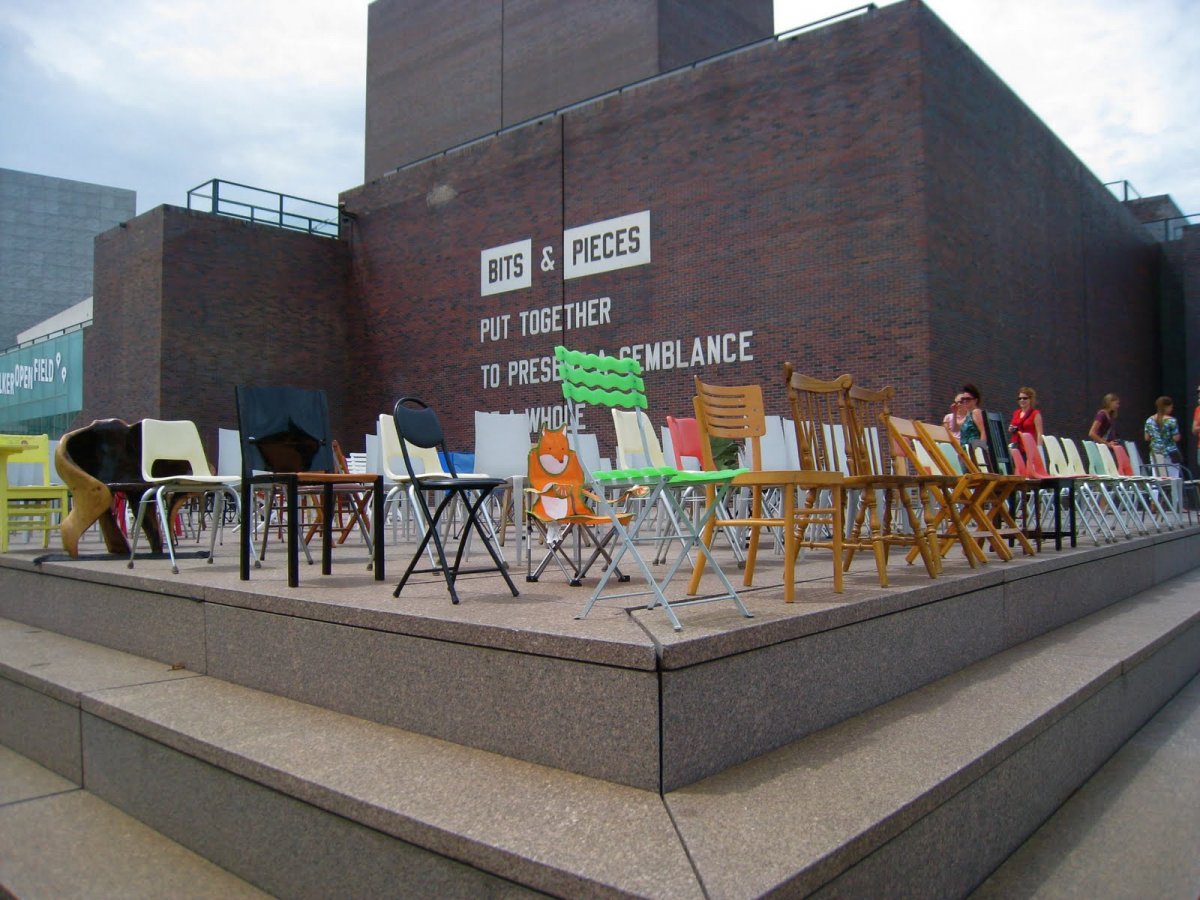 The urgency of Ai’s plight has diminished some — he’s been freed, although he remains under a media gag order that, according to the BBC, includes Twitter — but I commend the Walker for sticking with the event nonetheless, and using it as a way to bear witness to China’s continued crackdown on creative expression and political speech among those without Ai’s star power. 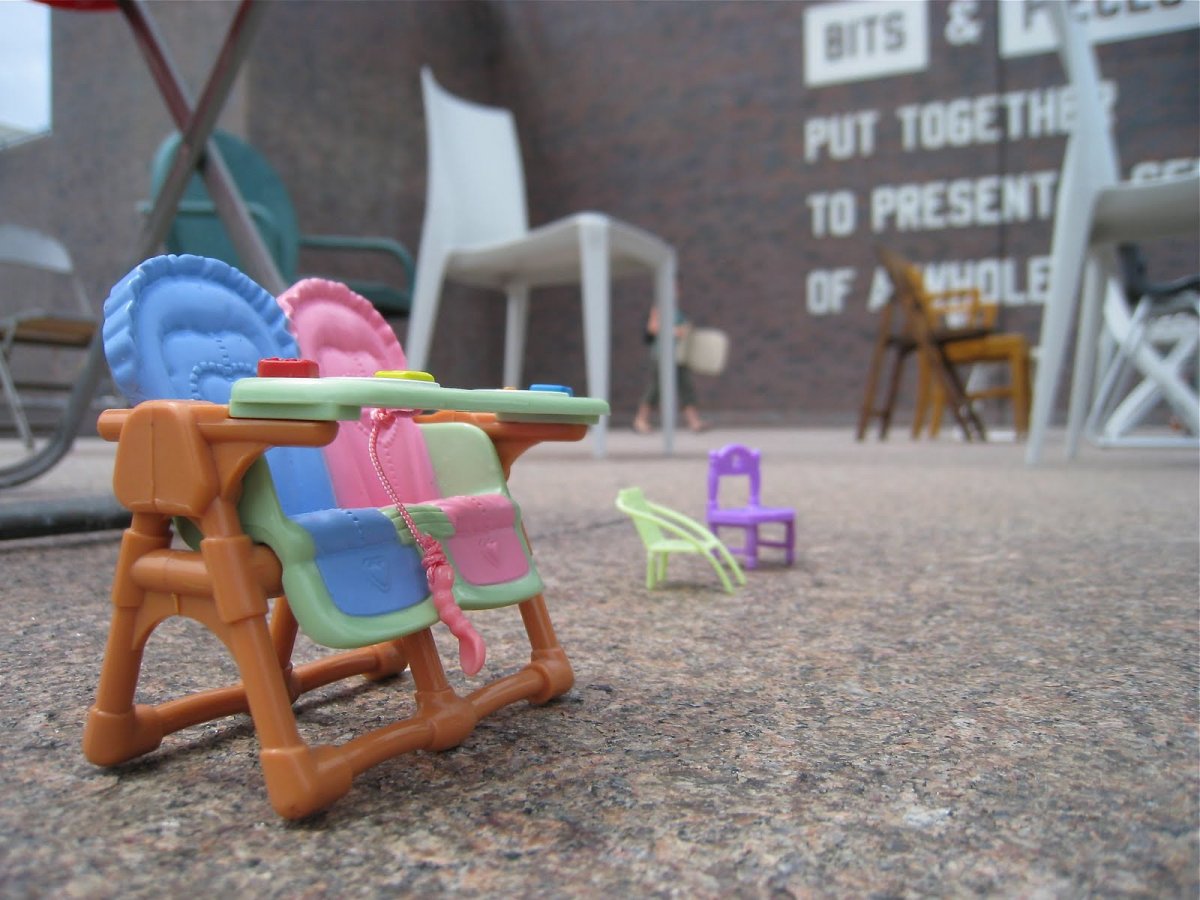 And for making the event so visible. For those unfamiliar with Hennepin Avenue, it’s a major thoroughfare near downtown Minneapolis, and while it often provides an unpleasantly cacophonous front yard for the Walker, the eight or 10 lanes of roadway provide a perfect stage for such a highly visible event. As I dropped off our chairs, quizzical passersby peered from car windows and cyclists rolled up with cameras to shoot the quirky scene: an artist’s sculptural chair, children’s toy furniture, rummage sale chairs, a plywood chair by ro/lu, a “gold-plated” lawnchair, among them. 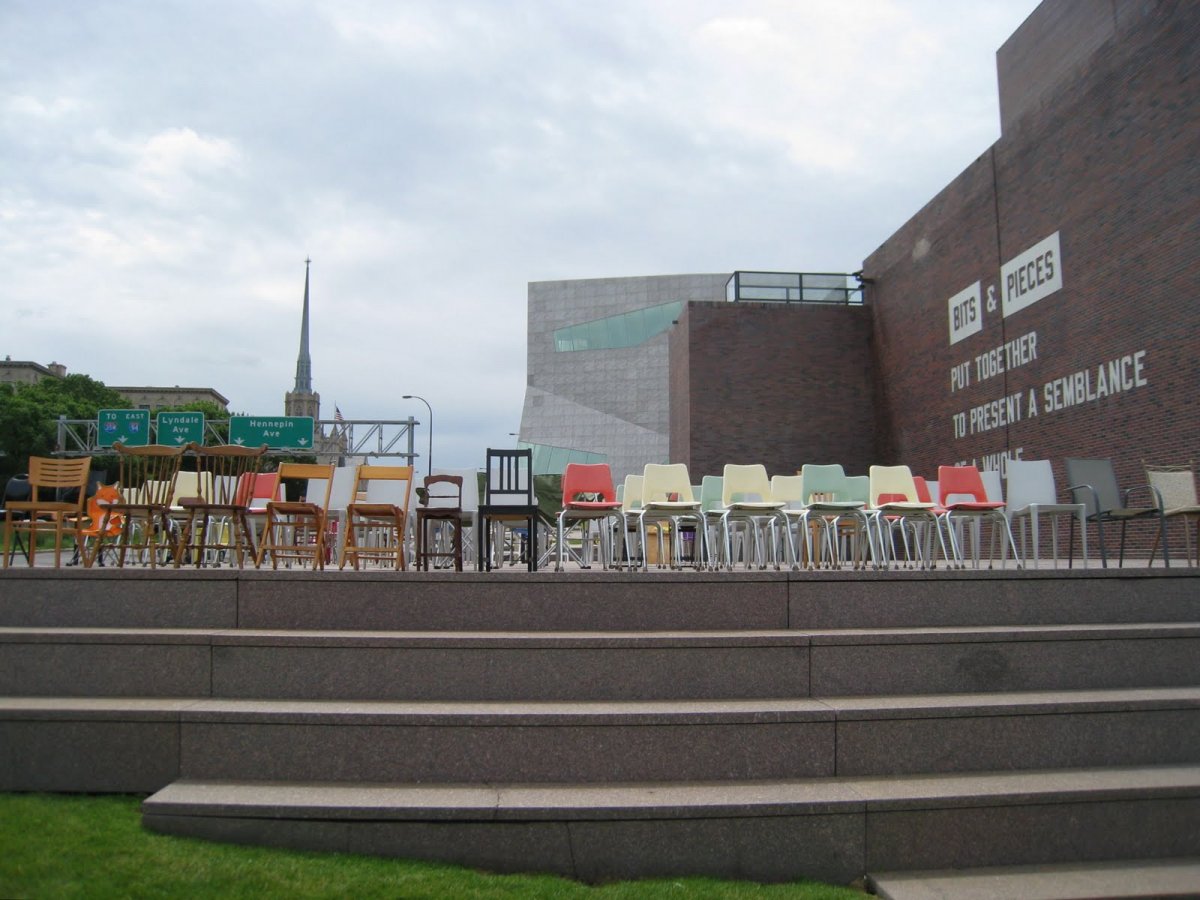 Most fitting, though, is the event’s placement beneath Lawrence Weiner’s wall piece, a Walker icon placed on the building’s facade of bricks, that simply reads, “BITS AND PIECES PUT TOGETHER TO PRESENT A SEMBLANCE OF A WHOLE” — a testament, in this context, to the potential power of collective action. Naysayers may scoff at the effectiveness of this kind of arty assemblage of mismatched chairs in affecting Chinese policy half a world away, and I suppose they’re right. But this is the realm of art, which, for me anyway, puts the power of this collectivism more in the realm of spirituality than policy. If we ask what the effectiveness of art is, then we should also ask about the effectiveness of a prayer or a hope or a spiritual practice that connects its adherents with those in their community or those around the world.

Maybe that’s why the Walker’s site is perfect for the event: This repository of art — which I’ve called “divinity for the reality-based community” — is situated across the road from a line of churches, including the country’s first Catholic basilica.

Update: Here are some photos from the event, including this shot of the chair Ai would sit at to use his studio computer. 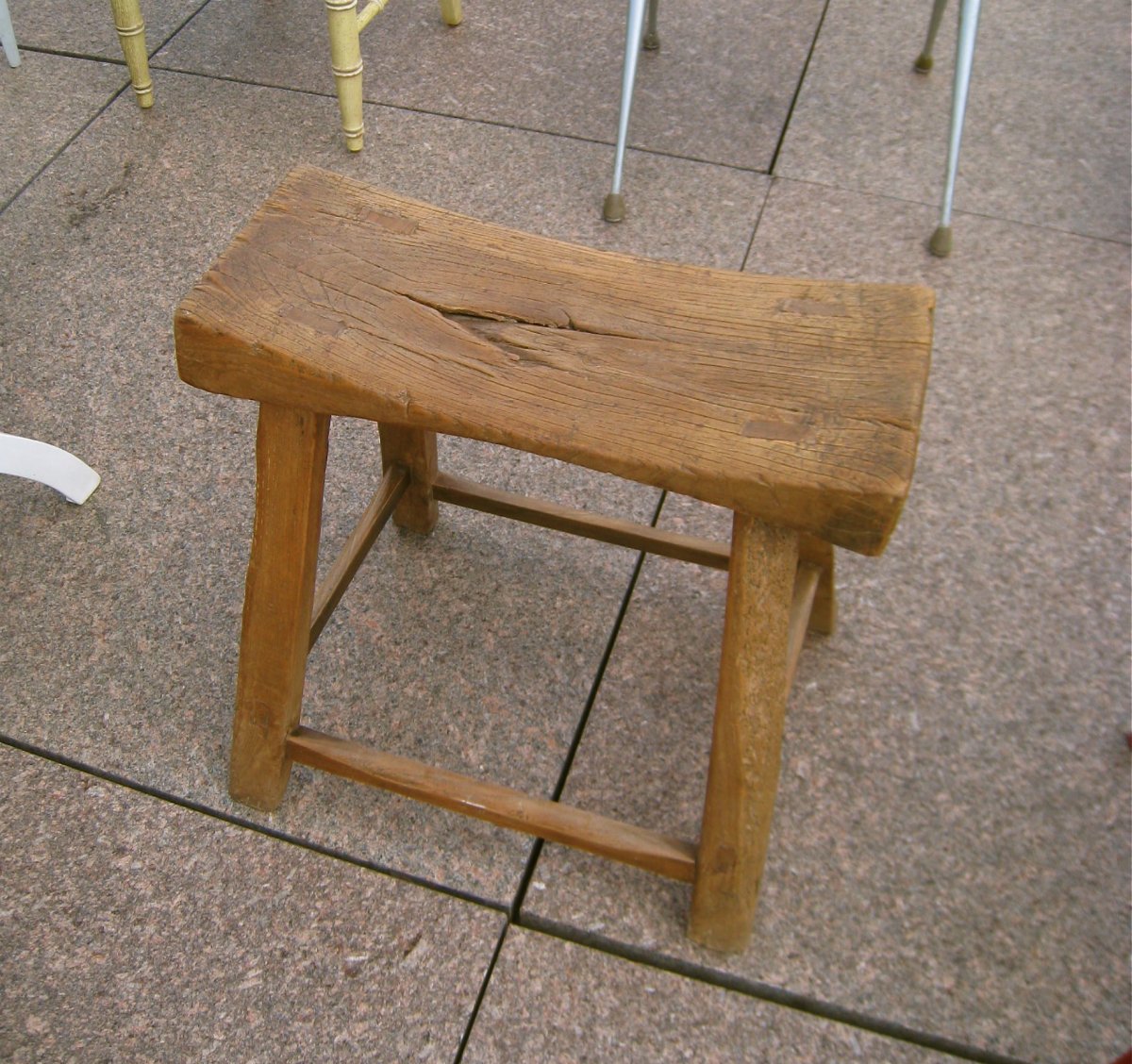