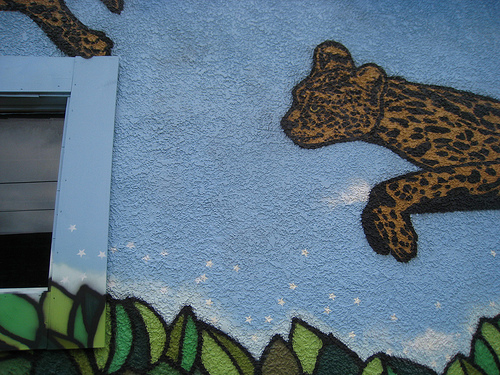 The ever-prolific Broken Crow (Mike Fitzsimmons and John Grider) recently finished another mural: A gigantic piece showing running cheetahs that’s viewable from the light rail train as it passes north through Cedar-Riverside en route to downtown (update: John tells me they’re not cheetahs, but servals). The piece stands in contrast to the towering minimalist architecture of Ralph Rapson, whose Riverside Plaza is both famous (it was featured as Mary Tyler Moore’s apartment building on later seasons of the show) and infamous (some dubbed it the “Ghetto in the Sky” for problems there in the ’80s and ’90s). But the piece’s site specificity refers mainly to the bike path and train tracks right beside it. 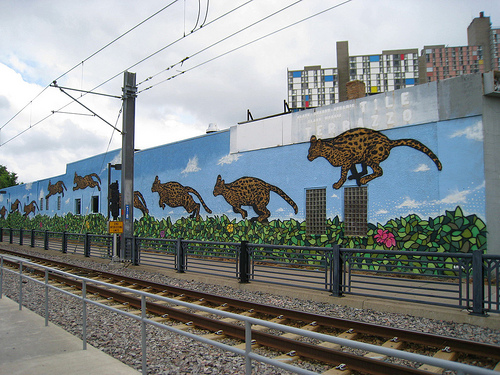 The piece — which follows Broken Crow’s collaboration with OverUnder in Northeast Minneapolis and a more grisly savannah scene in South Minneapolis this summer — seems tamer in comparison to other recent pieces. But the theme is all movement: Situated next to the passenger train and bike routes, the artists hoped the work would give viewers whizzing past the sensation of bounding felines. (Here’s an animated gif they created to convey the idea.) 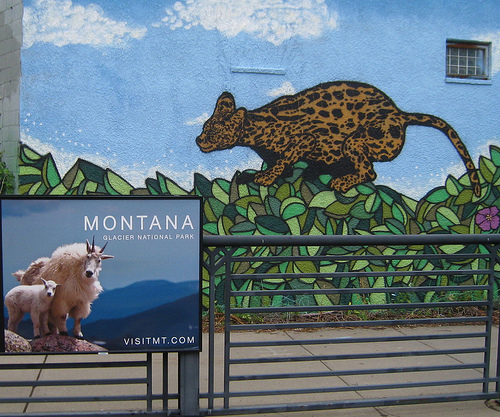 But a funny juxtaposition of mural and advertising (above) suggests one possibility of what they might be bounding after. 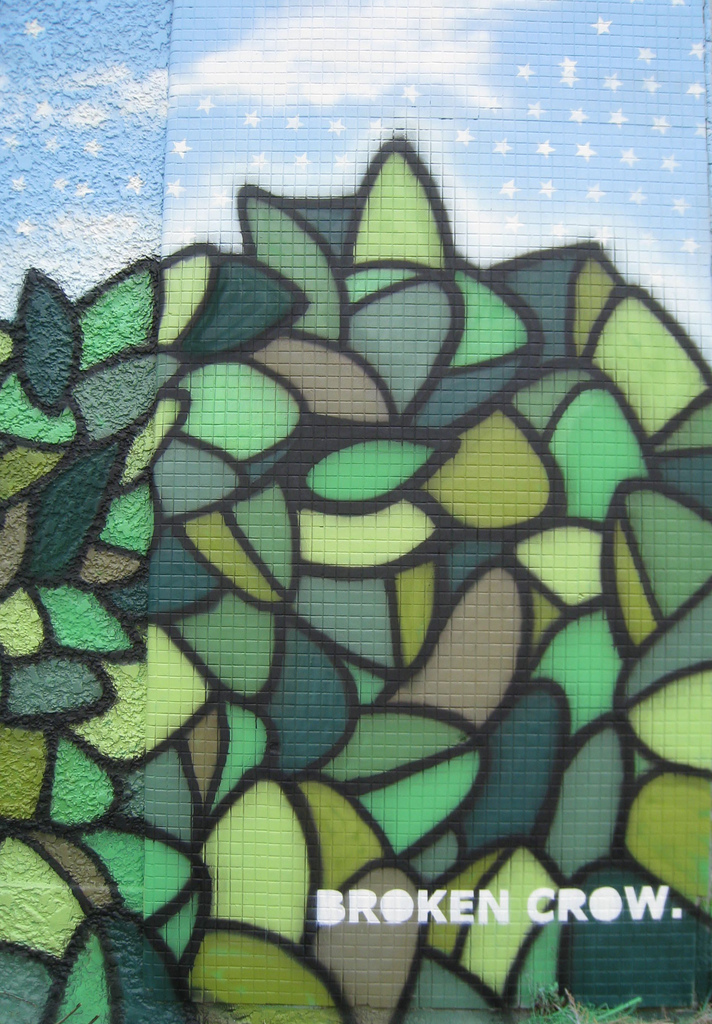