COMMUNITY VOICES | DCC: Hearing the talk and walking the walk

Throughout the summer, I have had the pleasure of organizing another series of walks for the District Councils Collaborative Walkability Survey.  The W Continue Reading

On a sunny May afternoon, six people set out to document the vibrant neighborhood of Hamline-Midway. Continue Reading

NEIGHBORHOOD NOTES | Ginkgo for Everyone

For twenty years, Kathy Sundberg has been the owner of one of the most interesting storefronts in St. Continue Reading

Stepping into Iver H. Carlson & Son does not seem like a special occasion.  The neighborhood business sits across the street from the still sparkling Hamline University Center. Inside the door, the visitor finds a wide collection of door samples.  The company specializes in energy efficient home repairs, including doors, windows, roofing and siding. Also in the shop is an impressive collection of many decades of Hamline-Midway history shown through photographs of the shop and the neighborhood.                                Hugh Carlson, Owner of Iver H. Carlson & SonHugh Carlson is the caretaker of that history after his grandfather, the namesake of the business, founded the home remodeling and repair store in 1934.  Hugh’s life has centered around the business since the day he was born as he lived in a house behind the business for most of his childhood.  He started working for his dad when he was eight years old, doing chores around the shop after school.  From truck driver to salesman to co-owner for the last twenty years, Hugh has had a hand in pretty much every aspect of the business and even the property around it.  When he was in high school, the family purchased two of the houses that were behind the building, knocked them down and constructed an apartment building that’s still there today.Behind Hugh’s desk, one can find pictures of his father and grandfather, the shop and old trucks that Iver H. Carlson & Son used in the 1940s and 1950s, along with photos of insulation projects of local landmarks, such as the Hamline-Midway Library building, and old buildings from Macalester College.  Neighbors gave some of the the photos to Iver Carlson to share the history of the business and show what it looked like in the past.  The oldest photo is from 1901 and shows the storefront with a horse-watering trough where the intersection of Snelling and Englewood is today.  Iver H. Carlson Storefront in 1901When asked why he liked having the photos in the shop, Hugh said, “I like history.  A lot of the pictures, especially of the business and of my grandfather are telling history.  It’s nice to feel the connection to him.  I always say he’s the one that did the hard work for the business and the rest of us are just the caretakers.”  Hugh happily shows the photos to the customers as a way for them to connect with the neighborhood more. Hugh is also filled with stories from the neighborhood.  Perhaps his most famous encounter, based on the number of people who saw it, happened in his youth when he was twelve years old.  Hugh was biking on his way to go a Twins game that evening when he was struck by a car running a red light on Snelling and Minnehaha Avenue.  Hugh said that twenty-six people were ready to claim themselves as witnesses as the entire intersection had stopped. The first thought that Hugh had after he got hit was where the gum in his land had landed, and discovering it flew further than he did. Nearly eighty years on, Iver H. Carlson & Son is still helping households improve the quality of their homes.  As the history in the store shows, the Carlsons have made a lasting contribution to the Hamline-Midway neighborhood and are looking to continue that, especially with growing confidence in home ownership. “The housing crisis hurt our business, but now, people are tending to stay in their homes,” Hugh Carlson said. “When I was growing up, people my age might have bought houses around here and then move out into the suburbs, but now what I see are people are buying houses and they are staying in the neighborhood which makes it more solid, more stable.”  With more homes to help, it looks like Hugh Carlson will have plenty more opportunities to add on to the rich history of the family business. Continue Reading

Neighborhood Notes: Eighty Years of Hamline-Midway History in One Store 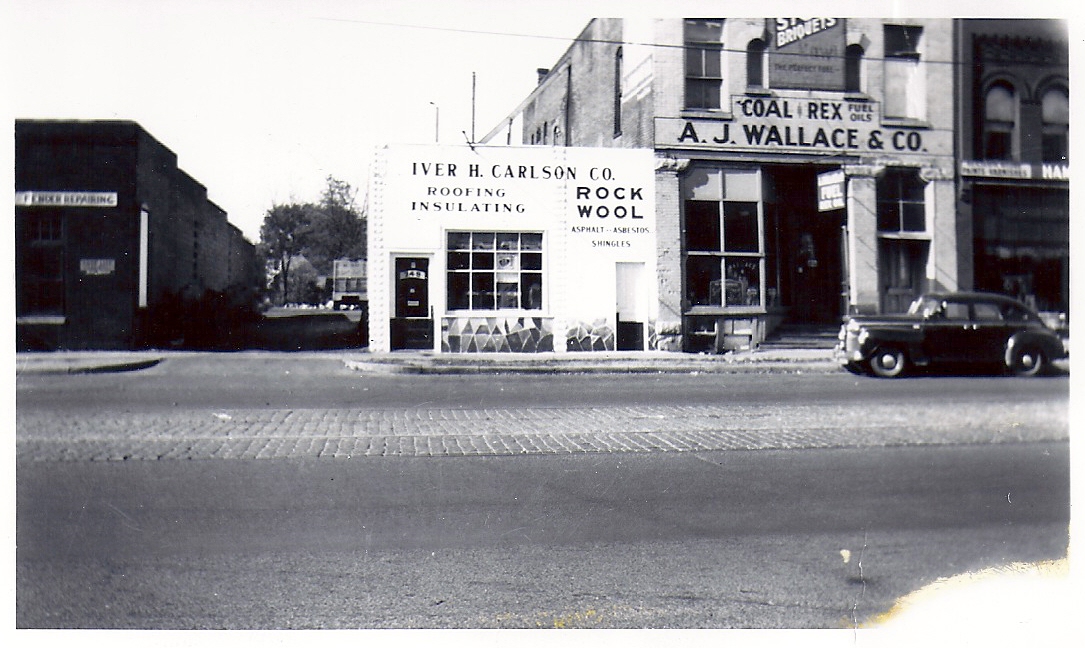 As the new Community Asset Mapping Intern here with the Twin Cities Media Alliance, I have taken on the responsibility of speaking with business owners regarding our Community Assets directory. Continue Reading