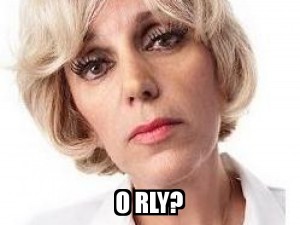 So today we learned that Barack Obama was, in fact, born in Hawai’i, just like he always said he was.

Okay, “we” is kind of misleading. Most of us already knew Obama was born in Hawai’i, because, you know, he released a Certificate of Live Birth back in 2008, and also, because he said he was, and his grandparents said he was, and there was that birth announcement, and he had a passport, and because (and this is the key point) we’re not racists who assume that Obama can’t be an American because he isn’t white.

But still, a sizable percentage of Republicans had managed to convince themselves that Obama was not an American. Indeed, the issue is arguably the only reason anyone takes Donald Trump even sort of seriously as a presidential candidate. So you’d expect today’s release of Obama’s long-form birth certificate to be the impetus for some soul-searching among the right, as well as some frank admissions that this was a stupid thing to even flirt with.

I know, right? That one always kills me too. No, seriously, it was time for the birthers to circle the wagons, and time for the right to sort of mutter, “Uh…did something happen today?”

The birthers don’t surprise me, of course. You’re not going to invest that kind of time and energy into a good conspiracy theory only to let a little thing like airtight proof mess up your groove. And so it’s no shock that Orly Taitz, the Pope of the Birther Movement, is skeptical. Yes, skeptical!

First, let’s look at that birth certificate. It says Obama’s dad was “African,” just because he was from Africa. Red flag! Red flag!

“Look, I applaud this release. I think it’s a step in the right direction,” so-called “birther queen” Orly Taitz told me in one of her many media interviews this morning. “I credit Donald Trump in pushing this issue.”

But she still has her suspicions. Specifically, Taitz thinks that the birth certificate should peg Obama’s race as “Negro” and not “African.”

“In those years … when they wrote race, they were writing ‘Negro’ not ‘African’,” Taitz says. “In those days nobody wrote African as a race, it just wasn’t one of the options. It sounds like it would be written today, in the age of political correctness, and not in 1961 when they wrote white or Asian or ‘Negro’.”

Yes, Orly is basing her argument on the fact that Obama’s birth certificate isn’t racist. But! He also might be using a stolen social security number!

In an interview with Washington Wire,  she now says that Mr. Obama once used a Social Security number that was not assigned to him. Oh also, she claims he graduated from Columbia University in nine months, not two years, as he claims.

Yes, because we all know that if one was able to get a degree in nine months, that would be something one wouldn’t brag about.

Needless to say, Taitz is just the tip of the iceberg; there is literally no evidence that can convince the fringe right that Obama was born in America.

But surely the Republican Party mainstream would rise to the occasion, right? I mean, they’re actually running the House. They’d take the opportunity to declare themselves satisfied, right?

This morning I noted that Obama’s release of his long form birth certificate gives leading conservatives and Republicans an opportunity to show a bit of leadership. They could, if they so chose, take this moment to declare, forcefully and unequivocally, that it’s time the birthers among them dropped this talk once and for all.

They could, if they so chose, place the blame for this situation — which is a profound embarrassment to the country — where it belongs: Not on Obama, but on those who continue to traffic in the slander that the President wasn’t born in the United States. With state legislatures currently advancing birther bills, and with others still insisting that Obama’s long form certificate doesn’t settle the issue, they could state clearly that it’s time for the country to move past this debate once and for all — that it’s simply unacceptable to continue trying to humiliate and delegitimize the President in this manner.

The early returns are not encouraging. 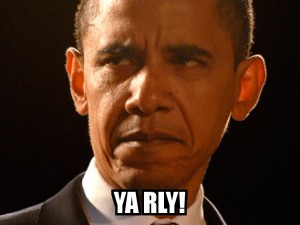 Yes, from Sarah Palin, who credits Donald Trump with “forc[ing] the issue;” to the RNC, which calls his birth certificate release a “distraction” (as opposed to birtherism); to Newt Gingrich, who says, “All I would say is, why did it take so long? The whole thing is strange;” Republicans have lined up to take potshots at Obama for responding to criticism from Republican crackpots.

Look, I can understand that some people don’t like Obama. But facts are facts. And the fact is that Obama was born in Hawai’i in 1961. This has been proven and proven and proven again. Indeed, I now have more proof of Obama’s birth in my possession than I have of my daughter’s, and I was in the hospital when my daughter was born.

At this point, anyone trafficking in any of the Obama conspiracies — from birtherism to DreamsFromMyFatherism to whateverism — should be mocked and ridiculed like the fringe conspiracists they are. And if the GOP wishes to nominate a fringe conspiracist for president, the press has an obligation, not to ask whether the conspiracy might be true, but to ask what kind of party throws its lot in with conspiracy and racism.