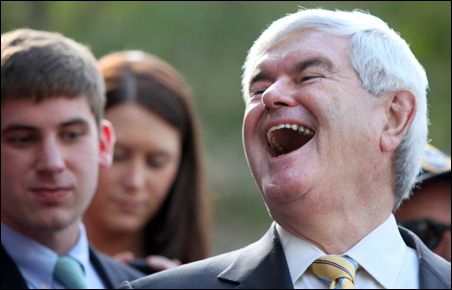 On the subject of poverty and helping people bootstrap their way up and out of it, Louis King is an expert. So who better to talk to regarding Newt Gingrich’s now viral remarks about poverty and putting young inner-city kids to work in the schools?

Turns out the two men do agree — on the value of having a job.

“I think the best social service program in the world is a job,” says King, who regularly preaches the benefits of work in his position as president and CEO of Summit Academy OIC. The educational and vocational training center is focused on getting jobs for the jobless and under-employed, particularly those from economically disadvantaged north Minneapolis.

But King has a different approach than the Republican presidential candidate who stepped into hot water with recent suggestions that child labor laws are “truly stupid” and that kids should be put to work as assistant librarians and janitors in schools to learn work ethic.

In contrast, King (pictured, below) says: Put their parents to work.

“The best example for kids is to see their parents working,” to have parents serve as role models, he says, for it’s true that if you’re a child and know 10 men and none are going to work, you’re going to have a skewed view of the responsibilities of adults.

Every American, he continues, should have the opportunity to go to work and support his or her own families. That means poor people, too, but in our political debate, he says, it’s like poor people don’t exist. 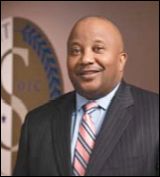 “The right have been very successful in making this a debate about the middle class and the rich. They overlook the people who would like to become taxpayers,” those who want jobs, King says.

“You can’t have it both ways,” he adds. “You can’t demand people take care of themselves and at the same time not afford equal lending, good education and access to jobs. That is the hypocrisy of both the left and the right.”

Government policies meant to ensure equality in hiring minorities and women have to be enforced, says King, 51, founder of H.I.R.E. Minnesota, a program started to ensure hiring fairness. You may remember him, too, from the jobs summit in north Minneapolis last March.

Sure, “Newt is on to something, but it’s Newt Gingrich,” says King. He gives Gingrich credit for bringing jobs and poor people into the national political debate. But King says voters should take Gingrich in context by looking at his record and his attitudes toward poor people and how he politicizes issues rather than frames them in thoughtful ways.

In a speech in Iowa last month, for instance, Gingrich took on the federal Supplemental Nutrition Assistance Program — or food stamps, as it used to be called. The former U.S. House speaker, whom one would assume would know better, said that “people take their food stamp money and use it to go to Hawaii” on vacations. He also said “they give food stamps now to millionaires.”

PolitiFact.com, the fact-checkers at the Tamp Bay Times, looked into Gingrich’s charges and found them false, giving him the “Pants on Fire” rating of its truth meter for being so wrong.

Putting Gingrich’s views aside for the moment, King argues that social services programs instituted under President Lyndon Johnson’s Great Society are not working. “Instead, you have to accept the fact that the best social service program in the world is a job,” says King, who reports that 48,000 of the 60,000 people living in North Minneapolis receive some kind of county support.

King says that Minnesota has among the widest employment disparities between whites and blacks, with 6.9 percent of whites unemployed and 21 percent of the African-Americans jobless.

Training and finding jobs for the poor is what the Summit program is about, says King, who also praised STEP-UP Summer Jobs Program instituted by the City of Minneapolis for youths.

According to King, 60 percent of Summit program’s students live in north Minneapolis and that about half of those who start training programs in health care or construction finish them. Students enter the school earning on average about $3,000 a year. For 2011, the school expects to have placed 201 people into jobs with an average wage of $30,000 a year. Last year it was 168 placements.

Jobs for adults, he repeats, not putting children to work, is the path away from poverty to prosperity. “If I can put one or two people to work feeding their families, that is better than feeding 300 people one time.”