For those paying attention to education reform conversations in the Twin Cities, one thing might seem to be missing: the voices of the families, communities, and students reform movements say they are focused on. Yes, there are endless dictates and conclusions from every side about what families want, or what is good for students, but what do the families and students really think about all of this? 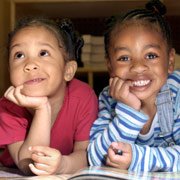 I have been dwelling on this for a couple of weeks now, since I attended an education forum put on by Minnesota Neighborhoods Organizing for Change (NOC), and held at the Minneapolis Urban League. The forum brought together local educators and activists to discuss education reform ideas from within north Minneapolis, rather than from outside of it, which often seems to be the case.

One of the featured speakers at this forum was Chicago teacher and activist Jitu Brown. Brown is a passionate advocate for education, and has been on the frontlines of protests in Chicago over the recent closure of a large number of public schools there.

At the education forum, Brown began his talk by quoting Kwame Nkrumah, the first president of Ghana, saying: “It is far better to be free to govern or misgovern yourself than to be governed by anybody else.” He then went on to declare that the “education crisis” in the United States is “not an accident,” saying that creating a “good school is not a mystery.”

As Brown described it, a “good school” is one that promotes the arts as heavily as it does math or reading. In Brown’s experience, art, including creative writing, made a big difference in his own education on the south side of Chicago, and he would like to see this restored to public education. He also told the crowd that Chicago is “getting out of the neighborhood school business,” and noted that, in his community, “everything is for sale.”

Brown grew up on the south side of Chicago, and he was educated there. He still lives there, is raising his own family there, and is an educator. The schools being closed in Chicago are in neighborhoods like his, with high poverty rates and higher percentages of non-white residents. For him, the debate over how to “fix” schools is personal.

And that’s just the point. Brown is out to “fix” schools, just like anyone else who has weighed in on this issue, from Education Secretary Arne Duncan to local education reform interests. Brown energized those attending NOC’s education forum by offering a “Sustainable School Transformation” plan, which is not a new idea, but is one worth examining more closely.

The National Opportunity to Learn Campaign wrote about the sustainable school transformation movement back in 2010, noting that, “For too long, low-income communities of color have been targeted for top-down school improvement efforts.” This “opportunity to learn” campaign has argued for putting the families, teachers, and students who live in these communities at the forefront of school reform plans, noting that improvement strategies often fail because they are not “grounded in a collective vision or owned by those who must put them into effect.”

In a climate of increasing tension and polarization around how to improve our schools, is a more inclusive, community-led approach the way to go?