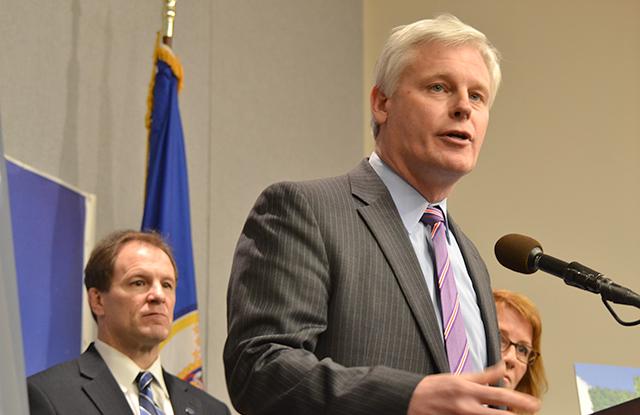 Getting a grasp on state budget numbers is at least as mind-boggling for most of us as trying to understand just how far Earth is from the sun — 93 million miles, btw.

Which should make it no surprise that Gov. Mark Dayton’s current request for $11.5 billion for health and human services over the next two years had state House Speaker Paul Thissen gasping, “It’s going to swallow up our entire budget,” and DFL leaders in both the House and Senate wanting to downsize the number by $150 million.

The HHS budget aids the needy, providing such services as food assistance, health care and childcare.

Thissen talked of serving the poor and the vulnerable but finding “reforms” and “efficiencies in the system” and worried the HHS budget was growing too quickly to keep up with revenues coming in.

By early this week Huntley had announced that though the task was neither “desirable” nor easy, the committee had made “significant reductions” “while protecting the most vulnerable Minnesotans….’’

The 2012-2013 HHS biennium budget tallies at $10.65 billion and HHS expenditures make up the second-largest budget category after education.

That got us wondering: What’s behind the HHS growth spurt?

I talked to Jay Kiedrowski, senior fellow with the Public and Nonprofit Leadership Center at the Humphrey School of Public Affairs and — more germane to our story — former co-chair of the Minnesota Budget Trends Study Commission, which in January 2009 delivered a report to the Legislature on the implication of state demographic trends on the state budget.

“What’s happening in Minnesota is happening across the nation,’’ Kiedrowski said. “The cost of providing health care for the poor and the elderly is increasing far faster than the revenues are increasing.’’

The reasons for that, he says, are threefold:

Is it reasonable, then, for the Legislature to look for reductions of $150 million?

“They have to,’’ he said. The Legislature, he continued, needs to look at new and creative ways of slowing down the rate of increase.

Further, Kiedrowski praised the state Department of Human Services for saving “hundreds of millions of dollars” by bidding out contracts to nonprofit health insurers.

State demographer Susan Brower in March concurred in a report to the Legislative Commission on Planning and Fiscal Policy on the impact of aging baby-boomers: “The aging population will place new pressures on the state budget, especially in the areas of health and long-term care,’’ she said. 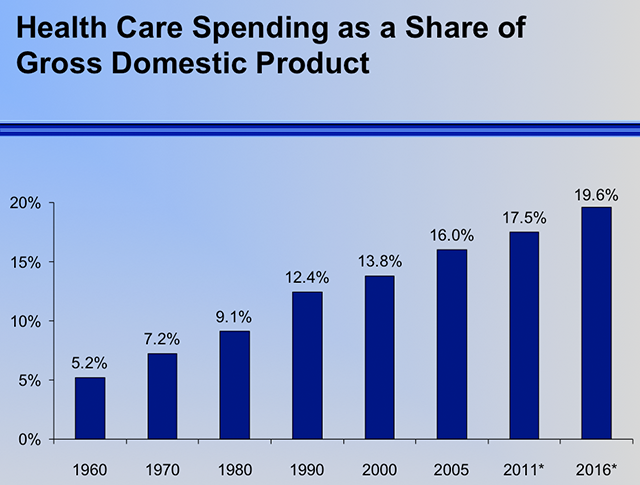 Centers of Medicare and Medicaid ServicesSpending estimates as of January 2007; projections as of February 2007

The age wave is a real concern in the future for Minnesota, according to experts at the Department of Human Services, but not a major factor in the current budget.

Costs in this budget request are driven by increased health care costs as well as more people needing help, due both to economic factors as well as the state’s definition of who qualifies for that help, according to the department. Medical Assistance is DHS’s largest program.

What about those budget cuts from Human Services Commissioner Lucinda Jesson’s perspective?

“We look forward to seeing the specifics of the proposals. One billion dollars was cut from our budget last biennium, and it is difficult to continue with cuts and still hold seniors, people with disabilities and kids harmless…”