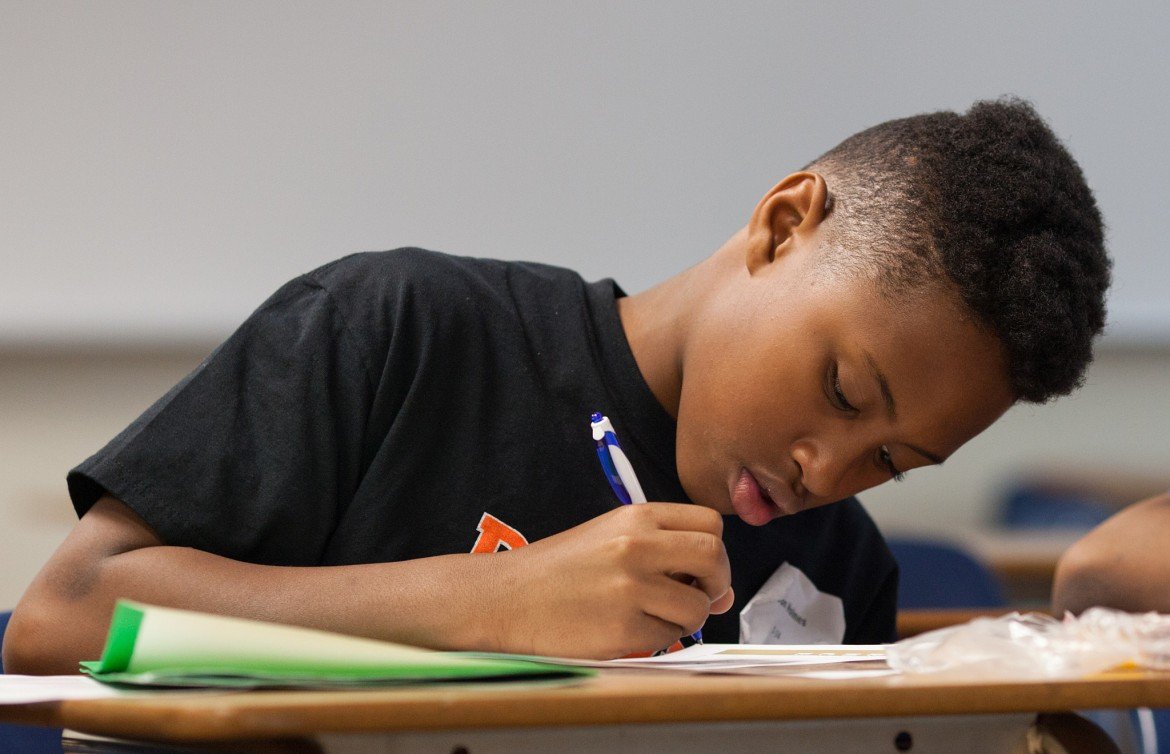 Violent. Aggressive. To be tamed. These are terms often used to describe animals and at times even criminals. Yet, in a recent City Pages article Distrust and Disorder: “A Racial Equity Policy Summons Chaos” in the St. Paul Schools, the nomenclature used to describe students was as such. They were not described as children or the developing youth, but as violent delinquents. Whose students were these? What school was this? These were certainly not my scholars, nor was it an accurate depiction of my work climate in a North Minneapolis school.

It is universally agreed that education, racial equity and discipline in public schools is a complex national conversation. Let’s be clear: Public schools were never designed to serve this diverse of an array of students. What was once intended to churn out obedient industrial workers is now charged with preparing scholars for college and competition in a globalized workforce. In this respect alone, a massive overhaul is long overdue. As I read on, the article proved to be the same old, oversimplified narrative: Inner-city students are violent, unintelligent thugs, and teachers in these schools are tireless martyrs trying to save students from themselves…and poverty…and their community…and…you get the point.

Teachers are not to blame for this narrative anymore than students. In fact, both become victims of this portrayal, thus reinforcing stereotypes of both groups. For reasons unknown, the article placed teachers at the center of the conversation, portraying them as unheard and powerless victims of disorderly student behavior and poor decision-making by school districts. This is not to mention that many root causes were ignored, very little data was offered, and there was little to no explanation for the driving force to focus on racial equity in the first place, and why the initiative has been met with much resistance.

Sifting through the sensationalized stories of assaults, threats and intimidation, and an oddly placed focus on Hmong flight from Saint Paul Public Schools, the key commentary which rose to the surface is the utter failure of the system as a whole to partner and implement a plan with some modicum of buy-in from all who are involved, including its various stakeholders.

Preparing students in the most marginalized and exploited communities requires a shift in how our students and communities are viewed. On the most basic level, it requires a true understanding of racial and economic factors, and the historical implications it has created for our communities. This does not even include the impact it has on student development, how these factors that manifest vary, depending on the group, whether African-American, Somali, Hmong or any other non-White American community.

School safety and a positive learning environment are concerns echoed in many urban schools, including my own school, where I work as a behavioral dean. Deans in our building serve many functions. Attendance and academic concerns are a portion of our work, but our primary responsibility is to ensure students are following school behavioral policy. One outcome of our role is that we have frequent contact with the school’s most disruptive students, often resulting in a more meaningful student-staff relationship. We are able to build positive relationships with these students because we rely on a relational approach to discipline. Research has shown that this approach to discipline that emphasizes proactively building relationships with students is key in developing student trust, and when used by teachers, the result has yielded positive implications in the classroom. Of particular significance is the potential of this approach in regards to African American students, who want to know that you care, before they care what you know.

The importance of developing these relationships is another factor the article neglected to mention. It is in the context of these relationships that we begin to develop an understanding of the student beyond their behavior. We hear from students who are homeless and highly mobile, living in shelters, or coping with any of a number of issues that plague our community, often without the necessary social-emotional skills. Our work centers support students in the development of these skills, providing equal parts accountability and advocacy.

I empathize greatly for teachers. Their frustration, at times, is warranted. When a teacher sends a student out of class, I work with the student and teacher to process what happened, coach the student to make better decisions in the future and identify an appropriate consequence. Sometimes consequences involve a suspension recommendation, in which case, school administrators make the final decisions.

Suspending students is the least enjoyable part of my job however, primarily because research shows it does not change behavior. (I would provide a link, but if you Google “suspensions” you will find a plethora of articles revealing their ineffectiveness.) Suspensions are not a one-stop solution. This is not to suggest that schools should no longer suspend students, nor that unwanted student behavior should be free of any consequence. Additionally, I am not saying that classroom removals should end. What I do believe however, is that student removals should be used only as a last resort.

I have heard many of the teacher concerns and views expressed in the article from my own colleagues, as our school has recently undergone changes to many policies and procedures, including the behavioral policies, which was a result of a voluntary agreement between the Office of Civil Rights and Minneapolis Public Schools. In my discussions with teachers and school staff, a few common themes emerge. Teachers and staff believe districts missed an opportunity to gather teacher/staff input during the development stages of the policies. In addition, there is a feeling that districts failed to create and develop appropriate alternatives to suspensions or classroom removals, or provide adequate training before implementing such a large policy change, leaving many school administrators responsible to devise a plan. As a result, many teachers felt they lacked support and preparation to deal with the transition and its impact on classrooms and school climate. It led to inconsistent behavioral interventions and confusing guidelines. And contrary to the article, the students were the real victims.

A component of the racial equity policy aims to address the disparities in suspensions among African American students and their White counterparts. Finding alternatives to removing students from class or school is one piece of the puzzle. It is also one of the easier tasks. In my opinion, the real task will be creating a paradigm shift among educators to view African American students as capable of the same academic success attributed to their White counterparts and changing the narrative. I believe the advocates of this policy are hopeful that this is a step in the right direction.

I was struck by a quote from the article as stated by SPPS teacher Rebecca McQueen:

“There are those that believe that by suspending kids we are building a pipeline to prison. I think that by not, we are. I think we’re telling these kids you don’t have to be on time for anything, we’re just going to talk to you. You can assault somebody and we’re gonna let you come back here.”

Timeliness is important. Students arriving late to class can be disruptive. And violence has no place in schools. But, McQueen’s statement reflects a focus on punitive consequences. In addition, she expresses disbelief that suspensions fuel the school to prison pipeline, and implies that we actually help students by suspending them! How?

My question is, how are those issues resolved by sending a student home or telling them they can never come back? How are we helping students by denying data that clearly corroborates the relationship between school suspensions and prison sentences? What do we accomplish, other than convincing students they are unwelcome in our buildings, our classrooms? And who are we sending those messages to? The same students who already feel marginalized, left out, unwelcome? Is it only at school or is it in Midway? Frogtown? The Eastside? The Northside? St. Paul? Minneapolis? Ferguson? Baltimore? McKinney?

The change in mentality, as well as the narrative, is required if we are to see meaningful results.

What is lost in McQueen’s punitive response to student behavior is the understanding that student behavior is often driven by an unmet need. Schools and students would benefit from taking a proactive approach to address student needs. Many students show up to school facing a multitude of adversities, including trauma, mental health issues, PTSD, homelessness, substance and domestic abuse, and other non-academic needs.

Districts must develop partnerships within their communities to provide wrap around services to children and families. In addition, they must provide training that will prepare educators to effectively support student success, as it is a reality of working in urban schools. All who choose to work in these communities must be dedicated and committed to ensuring success, as if it’s the only option, for every student. No policy change can create this perspective, but it can certainly challenge those not in agreement. My question educators: How will you rise to the occasion? Will you commit to learning a new way of understanding these issues, or will you retreat to the comfort of your own perceptions? These are questions which all educators must answer. The students are waiting.

Grant Wiggins’ work educating youth spans more than fifteen years across the metro area, including public schools, charter schools and out of school time programs. His work inside and outside the classroom includes youth development, performing arts, and community organizing. Like many educators, his current role as a Dean of Students at a Minneapolis school often includes coaching, behavior support, advocacy, academic support and community liaison.