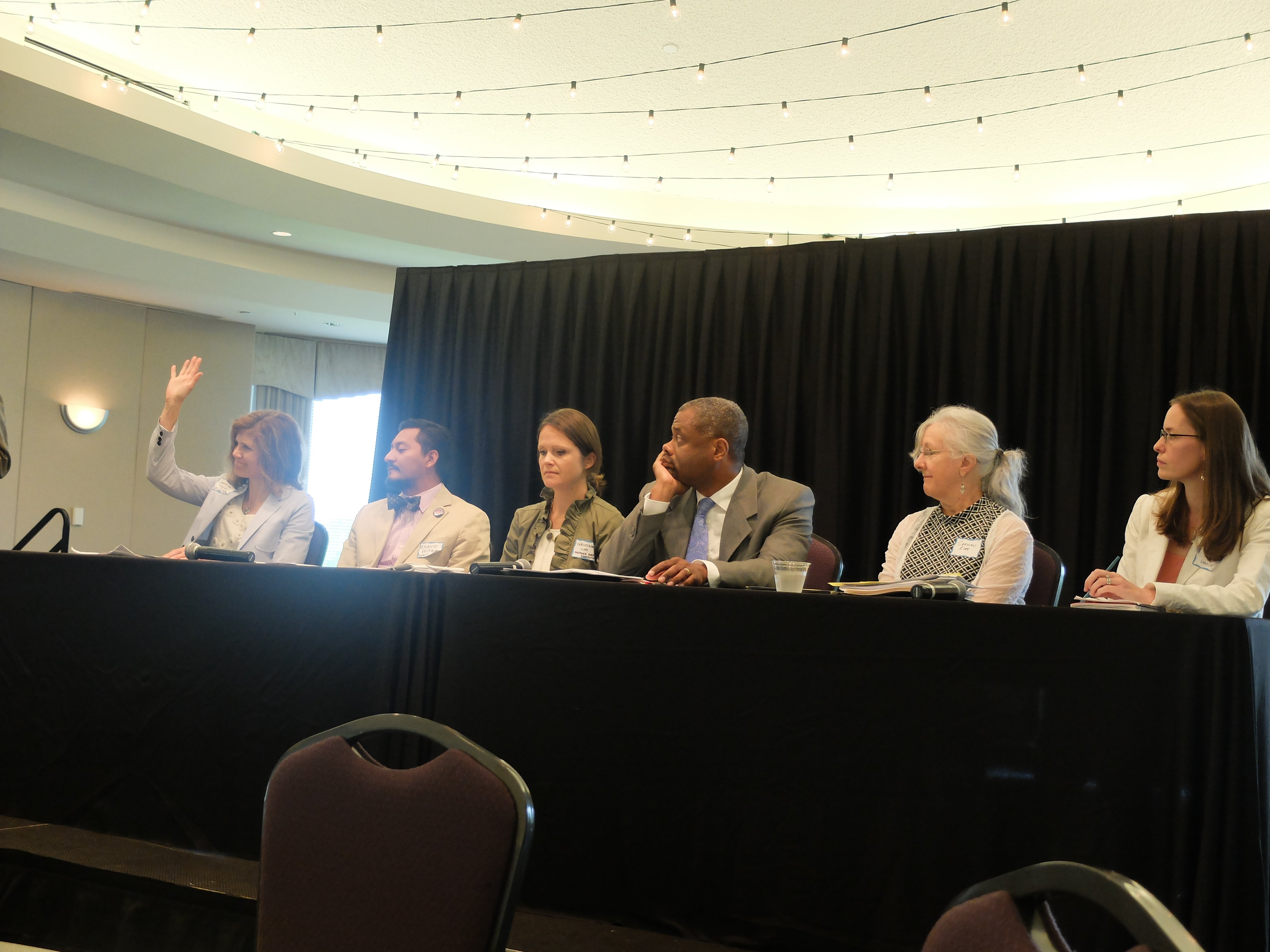 The scene opens to a shot of a rental truck rolling down the streets of Manhattan. Cue the music, “Well we’re movin’ on up.” A taxi cab trails behind the truck. “To the East Side.” In the back seat of the cab are George and Louise Jefferson, who are moving “to a deluxe apartment in the sky.”

The popular sitcom The Jeffersons entered American households in the mid-1970s and 80s. The “rags to riches” trope, however, entered American consciousness long before that, and it persists today despite growing inequality and mounting evidence that suggests economic mobility is more common in Hollywood than reality.

A June 2 workshop and panel discussion called “Economic Mobility: Moving Toward Enough for All” addressed the issue. The workshop joined the Pew Charitable Trusts with A Minnesota Without Poverty to advance a comprehensive effort to examine the factors that influence upward social and economic mobility.

Unlike the beloved fictional characters who moved from Queens to upper Manhattan, many families struggle to “finally get a piece of the pie,” as The Jeffersons’ theme song suggests.

So how do we create solutions to inequality and lack of economic mobility?

To begin, we need to draw into question the very notion of a “pie,” along with other ingrained cultural attitudes that inform our understanding of the problems we seek to address.

A Minnesota Without Poverty is a statewide coalition to end poverty in Minnesota in 2020. In the past year, A Minnesota Without Poverty crafted a multi-dimensional campaign to raise the minimum wage, and it launched a micro-enterprise partnership in north Minneapolis on the heels of the two-year anniversary of a successful micro-enterprise partnership at the Midtown Global Market in south Minneapolis.

These initiatives, and a host of projects undertaken by other state and local organizations, have been riding a wave of momentum that helped pass a 2006 bill to create the bipartisan Legislative Commission to End Poverty by 2020. Recent undertakings have focused on moving the Commission’s recommendations forward in the legislature.

Nancy Maeker, executive director of A Minnesota Without Poverty, welcomed the roughly 120 workshop participants by enthusiastically stating that the day was for working on solutions by first parsing the language commonly used in books and articles and cable news to describe—and frame—issues that relate to poverty, and by dispelling popular misconceptions that contribute to ineffective public policies.

One misconception Americans hold onto is the belief that one’s family background has little influence on mobility, Currier said. Data reveal that, in terms of relative mobility, Americans who were raised at the top and bottom income brackets are likely to stay there as adults. And the disparity widens depending on how the data are interpreted. Currier said we have a tendency to think about income as the only metric, but research shows we need to think more holistically and consider the entire balance sheet, which includes income, wealth, debt, and so on.

Also important is how race factors into mobility. According to research conducted by Currier and her team, more than half of black children raised in the bottom are likely to stay in the bottom, compared to 33 percent of white children. Blacks also are more likely to fall from the middle class.

“Mobility is even more of a myth for communities of color,” said Dane Smith, president of Growth and Justice, a policy research and advocacy organization that focuses on state economics and tax and budget issues with a strong race equity component. The reason why The Jeffersons resonated with so many Americans is because “we desperately want to believe the rags to riches story,” Smith said. Inequality is rising in Minnesota, he said, though not at the same rate as the rest of the country. In Minnesota, economic mobility is more common in the metro area compared to the rest of the state, he added.

Among the factors that most influence upward mobility are education and the number of household earners, Currier said. Dual-earner families have the best chance of moving up the ladder, but this does not refer to marital status—simply the number of incomes coming into the household, she said.

The American Dream may not be as lofty as previously thought. In the end, people want to sleep well at night knowing their families are taken care of, and they want to have a little extra spending money to take an occasional vacation, Currier said. “In the richest country in the world we can make that a reality.”

Solutions and ideas are categorized and displayed on the wall.