In only a matter of days the parking lot at the corner of West Broadway and Emerson Avenue in north Minneapolis will be transformed. 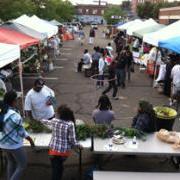 This year, DeVon Nolen joins the WBFM as the new market manager, but she is far from new to the market community. North Minneapolis native, food justice activist and former co-coordinator for the Northside Fresh Coalition, Nolen sees the market as a space to promote health promotion and wealth creation.

“We are promoting not just increased consumption of fruits and veggies but also physical activity. It is important to set a tone for healthy community and demonstrate that,” said Nolen.

To that end, Nolen works with groups like the Major Taylor Bicycling Club of Minnesota, which will lead three group bike rides from the market this year. The rides are geared toward riders of all ages and abilities, and those without their own bikes can use Nice Ride bikes for free.

The market hosts a rotating list of community tables that provide an opportunity for nonprofit organizations to share their resources through the market. Community members can also get involved by volunteering or becoming a sponsor.

Nolen says the WBFM plans to, “use culture as a resource” by incorporating traditions such as opening each market day with a drum call. She is programming performances from members of the Northside’s various cultures in order to create cross-cultural exchange that builds healthy community.

A marketing campaign centered on the phrase, “meet me at the market” is meant to, “encourage people to see the market as their Friday afternoon gathering place, promoting a space of interconnectedness,” explained Nolen.

Rekoe A. Howard, a market vendor with Project S.U.P.E.R.M.A.N., is excited for the market to reopen. 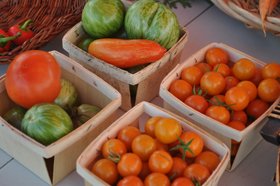 “(It) gives urban gardeners a chance to showcase our goods, and share them with the community,” said Howard. “We’re famous for our chocolate cherry tomatoes but we grow everything from okra to herbs and spices.”

Project S.U.P.E.R.M.A.N. emphasizes and educates its customers about organic and non-GMO vegetables.

The WBFM will again accept SNAP/EBT and give SNAP customers up to $5 worth of Market Bucks each day to use at the market, thanks to an initiative funded by the Center for Prevention at Blue Cross and Blue Shield of Minnesota. The market also accepts Farmers Market Nutrition Program (FMNP) WIC coupons and vouchers from food shelf partners River of Life Church, Church of Christ the King and Church of the Ascension.

New this season, the WBFM is piloting the first farmers market-based Fruit and Vegetable Prescription program (FVrx) in the state, in partnership with NorthPoint Health and Wellness, Blue Cross and the Wholesome Wave Foundation. All season, doctors at NorthPoint will write 50 families a prescription that also functions as a voucher for fresh produce, which the families can only redeem at the WBFM.

People are encouraged to connect with the West Broadway Farmers Market and spread the word via social media, including Instagram (@wbfm), Foursquare and Facebook and www.westbroadwaymarket.org.