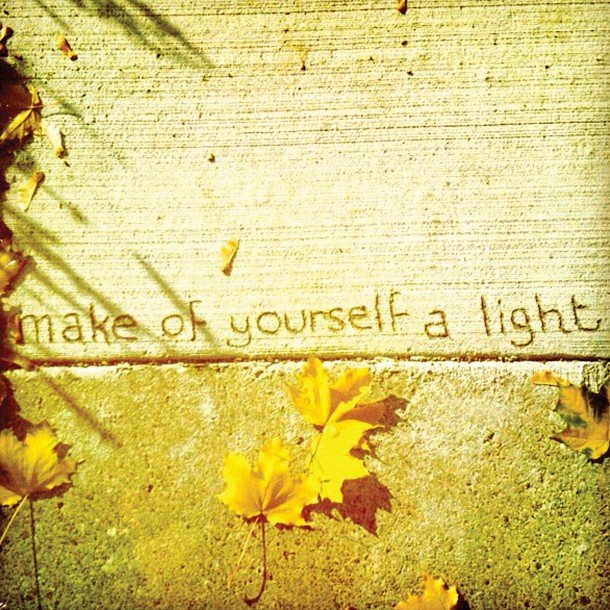 My father and I used to go door-to-door delivering wafers in a tiny gold case. I imagined my father gave me this job to make me feel special when all of the older kids went to school. When they disappeared behind the doors of St. Mark’s School with their starched uniforms and shiny pencil cases, I felt left out. As a remedy, my father quickly got me started in the business of delivering communion to neighborhood elders.

When we would enter to collect our goods, our church was always completely vacant. It smelled dank and had dim, yellow light. I remember marveling at the flickering rainbow shapes that ­settled on my hands, superimposed from the sun that shone through the stained glass. Before he opened the golden cabinet where the blessed wafers waited, my father made sure I bowed at the altar—even though nobody was watching. You never would have known he was not a real baptized Catholic. He played the game so well—sitting, standing, kneeling, flawlessly performing the repertoire of religious gymnastics I knew by heart. I didn’t even pause to question his faith until I was in college and I realized that a lot of youth had parents who were not Catholic.

Like our cavernous sanctuary, the old people’s homes carried the same aroma—ancient, damp, and stale. Most of the elders were bent over so that I could see only a wispy cloud of white hair where I would expect to see a face. Some lifted their heads to smile at me, to offer me a grainy lollipop or a stale piece of chocolate. Others virtually ignored both my father and me, concentrating purely on the wafer in its gold case. Chewing the wafer with calculated intention, each of them closed their eyes and created a silence that was far too loud for my young racing mind. I often felt tempted to pull a face while their eyes were closed, but a reverent fear of the sacred silence left me petrified. Their old homes seemed as delicate as their old bodies—if I made more than a whisper, their teetering stacks of old National Geographics might collapse upon me.

One woman I never saw. Leaving me outside, my father would disappear into her crumbling white bungalow saying, “Trudi’s had a hard life.” Nothing more. I waited on Trudi’s lawn, running my fingers over the points of her wrought-iron fence. My imagination conjured the truly grotesque: her body bloody and beaten like that in the images of the tortured Christ that lined our church. My father always left Trudi’s house in a deferential silence, one that told me not to ask questions. He never told me what was wrong with her. He also never told me he wasn’t Catholic, but he entered the pew each Sunday with the same deferential silence.

Soon, I no longer needed to be the deliverer of Christ’s body to feel special. School pushed the walls of my universe far beyond the deteriorating plaster that made up our church and those old folks’ houses. The church became just another old building, the wafer just another flavorless snack, and the time with my father just another chore.

Years later, I came back from college an openly gay man. Then my father’s walks around the neighborhood to deliver the Eucharist came to an end. I asked him why. “I cannot be part of a church that doesn’t love my son,” he responded. More of the same silence—his Trudi silence, his church silence, his father-son silence.

On breaks home from school, I entered the church alone, at odd hours of the day to ensure my solitude. The ancient smell remained, and the windows still cast multicolored patterns onto my hands. I would light a candle and sit for a while in the very back pew, far from the altar where my father and I used to bow. Now, life was full of things to make me feel special, and the church no longer filled that void. I made solitary visits to sit in a place where I felt insignificant. The same deteriorating bricks, the same staring saints—they had not noticed me leave.

Kevin Hershey is a product of the intricate Catholic school system in Saint Paul. He writes as an activist trying to better understand the world he wishes to change.