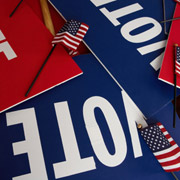 Now that the voter ID amendment is headed for the ballot, the effort is on to educate the public about the harms of this costly and unnecessary proposal. Proponents like to point out that they need their state ID every day for many other tasks—why should voting be any different? I agree and have no problem with presenting my own drivers’ license on Election Day. The problem is that I know many folks who don’t have such an ID, such as some of the 13,100 Minnesotans who don’t have a home tonight.

The organization for whom I work provides shelter and housing for those experiencing homelessness. Our shelter residents don’t have a permanent address. They may not currently drive, travel, work, go to bars, or do any of those other ID-requiring things most of us take for granted. In fact, one of the first things many shelter residents request from our staff is help acquiring an ID. That can be a lengthy process because their supporting documents have been lost or stolen during countless moves. They don’t have the luxury of the safe I use to store my birth certificate, passport, Social Security card, and marriage license.

Once lost, replacing these documents is not easy nor cheap. The amendment makes the photo ID itself free, but not the supporting papers. A Minnesota birth certificate costs $26. Obtaining documents such as this (when that’s even possible) or the photo card requires a trip to the county government center. That necessitates transportation and time off from a job that probably doesn’t offer paid time off. A $2.25 bus fare may sound minimal but I have people every day requesting bus tokens to get to job interviews or the doctor. One-third of homeless Minnesotans live outside the metro area; they are even more burdened by these travels.

Even if a homeless individual acquires proper identification, what address to put on it? Most shelters and housing programs limit stays. Some offer just one night at a time, making it impossible to count on residing in the same place when applying for an ID.

During the 2010 election I helped our residents register to vote, understand voter eligibility, and get to the polls. They were all so excited to cast their ballot and have a voice in a system by which they feel forgotten. Their participation was made possible because Minnesota’s best-in-the-nation election system has special provisions for homeless voters. Shelters can vouch for their clients’ current address at the polls by taking a sworn oath. People may even register their address as a park, abandoned building, rest stop, or wherever else they may be sleeping. Minnesota should be proud of these protections as they make a bold statement that those in poverty are no less deserving of a vote than those of us living in comfort. The amendment provides no guarantee that these provisions will be preserved; in fact, they probably won’t. Shouldn’t our focus be on getting people out of parks and into homes, not on making it harder for them to vote?