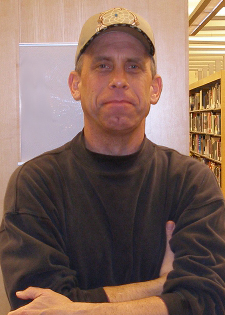 Though government officials have officially declared the end of the tidal-wave Great Recession, its economic aftereffects continued in 2012. David Jordahl, 54, found himself jobless and homeless. But he had an entrepreneurial spirit. He bought a laptop with $1,000 from MicroGrants Partnering with People of Potential, and the Minneapolis man has taken steps toward developing a 501(c) 3 to produce an interactive, community-service and resources website to be financed in part by foundation grants. He also serves on the executive committee of Heading Home Hennepin, a program to end homelessness. His story:

Two and one half years ago I became homeless because I ran out of money. I don’t drink, I don’t smoke, I don’t do drugs and I don’t gamble. A full-time job ended in 2006. I had been doing things to stay housed to pursue being a web designer, even though I didn’t have a regular job. I was a live-in remodeler and I was a personal care attendant. I ended up debting [in debt]. Long story short, I found myself in a shelter.

From the very beginning I became aware of all the resources I never knew about so I started a web development project to put those resources on the Internet, to make better use of technology. We don’t use it like we can. I’m creating a job if you will, working on community services and resource development and facilitating more complete and accurate information.

I’m doing this from scratch and barely getting by.

I’m trying to create a nonprofit called CSR Direct Services, essentially a mobile office with a laptop and a hotspot. The first thing I created: a Google calendar of all free community meals in Minneapolis, then the message board.

The message board is for all of Minnesota and open for everybody to post information about resources, but the priority goes to information for those most in need and those that help them. Somebody hears about something, they can go in and post it, hey did you hear about this? [For example] explaining more clearly about what to do to apply for public assistance, what do you need to bring? Or even the shelters, what are the different types of shelters?

The idea is to turn community services and resources into a conversation by using the message board, then distill the information to sites for Minneapolis, St. Paul and greater Minnesota.

It’s not just for the homeless and those in need. It’s also for more mainstream such as schools, health and medical topics, employment and business topics, advocacy, volunteering and fundraising. It’s about having live chat support and people of expertise available. It’s also about allowing people to write stories about their experiences.

It’s about putting it all together.

I want to say the first year and one half [in a shelter] was a novelty to me. I had never dealt with that before. This year was not a novelty. It has taught me the difficulty of getting out of this circumstance and the significance of both personal determination and getting help to succeed.

This is part 8 in a series.