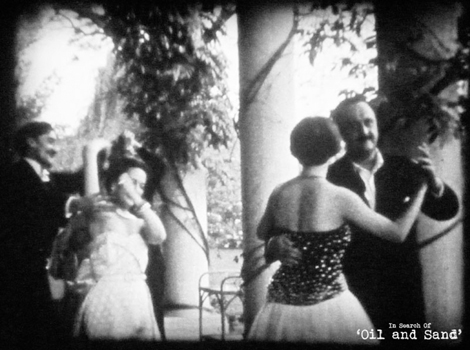 Films from Syria, Lebanon, Egypt, Algeria, Morocco, and Palestine, among other countries, will make up the Eighth Annual Mizna Arab Film Festival. The Festival runs March 14-17, 2013 at the Heights Theatre at 3951 Central Ave. NE and opens at Walker Art Center, March 13 with “OK, Enough, Goodbye,” a film about a single man whose mother eventually moves out. Variety calls it “humorous, melancholy, sardonic and wistful.”

There will be an “Algeria in Focus” segment highlighting the modern history of Algeria through documentary and feature narrative films, and an “Ongoing Social Movement of the Arab World” theme, specifically highlighting Syria and Egypt.

“The People and the Olive” is a documentary about an American group of long distance runners from On The Ground, who decide to run 129 miles across the West Bank of Palestine. They run to raise money from American donors to help third world countries. Previously they built three schools in Ethiopia with their run there. Their goal in Palestine was to plant thousands of olive trees. 60% of the arable land in Palestine grows olive trees. The Israeli government and the 600,000 Israeli settlers have destroyed 500,000 olive trees since 2001. The runners met resistance from the Israeli Defense Force and some were arrested. The film does a wonderful job of putting a human face on Palestinians.

There are some curious avant garde short films that seem to owe more to dada and surrealism than to contemporary Arab sensibility, but the mocking humor is a welcome relief from the serious subject matter of the feature films.

Perhaps the most intriguing film of the current series is “In Search of ‘Oil and Sand,’” a documentary about how Adel Sabit goes back to his father’s house in Cairo to try to find the remnants of a film, “Oil and Sand,” that his father helped make with the Egyptian royal family in 1952. The film was more like home movies than a serious feature, but it had a curiously prophetic plot. It told how the British and the Americans were fighting over the Egyptian oil reserves. The British were supporting the Sheik (King Farouk) and the Americans were supporting the military. Of course that was precisely what was happening at the time. And on July 21, 1952, when the royal court went out on a luxurious night fishing trip, the military staged a coup, and when the royal court returned they came back to a changed Egypt.

Just a few days before there had been a ball at the court to which all visiting royalty (there were nine or more exiled royal families living in Egypt after World War II) and the foreign Ambassadors were invited. By this time Nasser had already contacted the British and the Americans and received their approval of the coup. The ball was sumptuous. It showed the decadence and extravagance of the aristocracy, and the filming of it now seems naively narcissistic. And the British and the Americans seem dishonest in their duplicity.

The film shows the support that the U. S. had given to establishing and supplying the military dictatorship, and even today American training and weaponry is essential for the heavy influence the Egyptian military has in Egyptian politics.

The perspective of “In Search of ‘Oil and Sand’” is fascinating in that it is from the point of view of a son of the royal court. It is a window into a world seldom seen. Newsreel footage supplements the photographs and footage from “Oil and Sand.” Ultimately you feel pity for them, and you wonder how could they be so blind to the forces of history? The plot and scenes from “Oil and Sand” show that they had some understanding of the forces acting against them, but they were so insulated from reality they had no idea how to deal with them.

The Festival will close March 17 with Winter of Discontent, from filmmakers Ibrahim El Batout and Amr Waked, about the recent Egyptian Revolution that began in Tahrir Square. The film explores aspects of human suffering that resulted from the military regime’s years of relentless oppression.