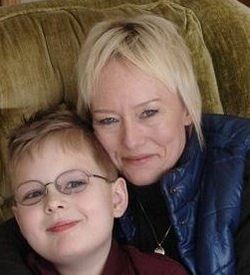 When Tessa Hoffman Schweitzer received a mail piece from Minnesota for Marriage targeting Matt Schmit, her state senator, the divorced mother turned to social media to object to the notion that the freedom to marry would harm children. She urged friends in the district to call Schmit and ask him to vote yes, happy to have Schmit’s number readily at hand, courtesy of the anti-freedom group.

Schweitzer grew up in the Oronoco area and now lives in St. Charles.

Supporting the freedom to marry is a family tradition for Schweitzer; her father, James Hoffman, also believes all loving couples should be able to wed the ones they love.

What caused the Lourdes High School graduate who was “[r]aised a church-attending Catholic Democrat” to support the freedom to marry?

“Honestly, at first, I was like, “Why can’t they be satisfied with civil unions?” Nope–not good enough. Separate is not equal! It’s a matter of principle,” Schweitzer said.

“It is a civil rights issue,”she added. “Sexual orientation is no different than race. The biological sciences, medical sciences, psychiatric and neurological fields all back me up on this. To those that work in those fields, homosexuality is not seen as a pathology. Civil laws must be based on science not religion or ‘morality’ if we are to have true separation of church and state and respect for all belief systems.”

Yet rural values are important for Schweitzer–those based on acceptance and pulling together.

“Despite individual differences, pettiness, and gossip, people are there for each other when it counts,” she believes. “I know my neighbors and the children play with each other in the alley. Out-state Minnesota is not as homogenous as one might believe, and there are many characters than populate the rural areas that I may not agree with but admire. It takes all kinds!”

Schweitzer feels that last year’s amendment forced her to clarify her own values, making her almost an accidential ally, but her commitment to marriage equality has grown strong.

If she could sit down over coffee with an opponent, she’d ask, “Hopefully I’d do a little listening first. Some of my points however–I would start with Rep. Steve Simon’s quote: ‘How many more gay people does God have to create before we ask ourselves whether or not God actually wants them around?’ And then ask them how they think gays being allowed to marry would impact them.” 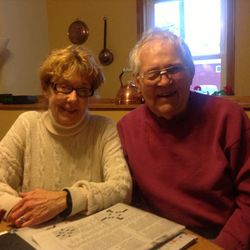 Schweitzer looks to her father for guidance on values; during the debate over the amendment to restrict marriage freedom, he wondered in a letter to the editor published in the Winona Daily News and the Rochester Bulletin: “I cannot conceive how any marriage between same-sex people in any way affects my 50-year marriage or marriage in general.”

A 79-year -old parent and grandparent, a veteran of the US Army who holds a masters degree in mathematics education, James Hoffman has been a resident of Minnesota for approximately 50 of those years. He now lives in Chatfield.

“Two of my children and three of my grandchildren live in Minnesota,” Hoffman notes. “Minnesota has always been . . . known as a progressive state that placed a high value on equality and education.”

“In all of my life I have met a number of gay people but what I have yet to meet is a gay person who chose that as a ‘life style,’ ” he notes, adding, “Also it’s too early to determine the ultimate sexual orientation of my grandchildren. Punishing people for a condition over which they have little or no control is cruel and unusual!”

“It’s the fair and decent thing to do,” Hoffman said of the Dibble and Clark bills.

Photos: Tessa Hoffman Schweitzer and her son (above); her parents (below).