The 35-year-old chamber music series and the 15-year-old foundation will celebrate their combined 50 years in the neighborhood with two concerts by the New Standards on Mother’s Day, Sunday, May 11.

The Twin Cities jazz-rock-pop trio will perform at 4 p.m. and 7 p.m. at St. Anthony Park United Church of Christ, 2129 Commonwealth Ave., along with guest singer Maria Jette. A short reception will follow each show.

For New Standards bassist John Munson, the concerts will be a homecoming of sorts. Munson grew up just across College Park from the church where he will perform in May. In fact, he played trombone in a small ensemble at that same venue as a kid. 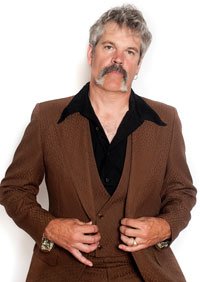 Readers may recognize Munson’s name from his days playing with the groups Trip Shakespeare (1985-1992) and Semisonic (1992-2001), the latter of which produced the 1999 Grammy-nominated song “Closing Time.” He joined pianist Chan Poling (of the Suburbs) and vibraphonist Steve Roehm (of Billygoat and Electropolis) in 2005 to form the New Standards. They describe themselves as fans of great songwriting who got together originally to play and sing their favorite songs—from every era—in a stripped-down acoustic setting.

Since then, the New Standards have produced several CDs, videos, and dance and theater projects. For the last nine years they have brought a holiday show to the Twin Cities. In 2013, it moved from St. Paul’s Fitzgerald Theater to the State Theatre in Minneapolis. That show saw a reunion of Munson’s band Trip Shakespeare, with brothers Dan and Matt Wilson joining drummer Elaine Harris in the group’s first live performance in two decades. And St. Paul Mayor Chris Coleman joined the New Standards onstage to play the bagpipes (wearing a kilt) on the cover of the Pogues’ song “Fairytale of New York.”

We don’t know if any dignitaries will show up in plaid skirts in May, but we do know there will be some local flavor thrown into the day, according to Jon Schumacher, executive director of the Community Foundation.

“We may have more surprises,” Munson said. “Chan and I are both kind of working on different ideas right now [that would be] special to the concert.”

Munson’s roots run deep in St. Anthony Park. His mother, Mary Jane Mieson Munson, was raised in the neighborhood. After Mary Jane married Bob Munson, they lived in various parts of the neighborhood before settling into their home on Doswell Avenue, where they raised John and his two older siblings, Anthony and Susan.

Mary Jane, who died in January 2012, received a music degree from the University of Minnesota. She was a soprano, Munson said, and stayed busy with music throughout her life, including a stint with the group the Raging Grannies, who performed around town singing protest songs.

She was also involved in the early years of the Music in the Park Series when it was still part of the St. Anthony Park Arts Forum, said Julie Himmelstrup, series founder and artistic director.

Despite his mother’s wishes that he steer in a different direction, Munson has made a career in music. His projects outside of the New Standards include being the music director of the American Public Media variety show Wits, which is produced at the Fitzgerald Theater and broadcast on Minnesota Public Radio.

Munson now lives in Circle Pines with his wife, jewelry designer Penny Larsen, and his two daughters, ages 6 and 12. He maintains his studio in Northeast Minneapolis and his girls —who were adopted from China through the Children’s Home Society, another St. Anthony Park institution—attend Yinghua Academy, a publicly chartered Chinese Immersion school there.

He’d never lived outside the city limits, he says, “but I have to say I like it a lot.”

Tickets for the May 11 concerts are on sale now through the Schubert Club, which operates the Music in the Park Series. Go to www.schubert.org or call the Schubert Club box office, 651-292-3268.