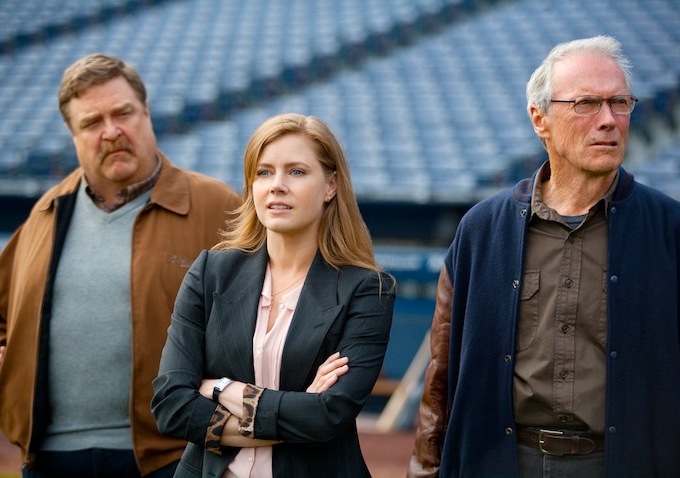 Like birds perched on a power line, baseball scouts observe everything that happens on the diamond with sharp eyes that can seek out the tiniest details. They notice if a pitcher isn’t using their back leg to push their weight forward on delivery. They can tell if a batter’s knuckles don’t line up properly on the bat handle. And they can sure as hell see if a fielder gets in front of a groundball the right way. Baseball scouts have their tools of trade: the stopwatch, the battered notepad, the pencil and pen, even the score box in a town newspaper. There’s a lot of pressure on scouts. The management of the team they represent is counting on them to spot the latest and greatest talent to help their ball club get more butts in the seats and improve profits down the road.

It’s almost impossible to hold down the job of baseball scout if you have trouble with your eyesight. When the pitcher becomes a blur, you can’t tell if his form is right. When the batter looks like a murky blob, you can’t see if he’s bending his back knee too much. This is the problem Gus Lobel (Clint Eastwood) has. He’s an aging scout with a long history of signing memorable players for the Atlanta Braves: Dusty Baker, Tom Glavine, and Chipper Jones are just a few of his highlight picks.

But Gus isn’t the same scout he once was. He’s having trouble seeing and is stubborn about fixing the problem. When a doctor tells Gus he could have glaucoma, Gus sidesteps any further action, stating he’s too busy to fool around with seeing a specialist.

To be fair, Gus is busy. He’s been assigned to North Carolina to watch high-school slugger Bo Gentry (Joe Massingill), a hot prospect the Braves are considering choosing as their number-one pick in the soon-to-come baseball draft. In the Braves front office, scouting manager Pete Klein (John Goodman) vouches that Gus can be trusted to give them the final say on whether or not Gentry should be drafted. Opposing Klein vehemently is Phillip Sanderson (Matthew Lillard), a front office computer-addicted employee who thinks that Gus’s opinion can’t be trusted because he’s not attuned to modern technology.

Cringing at the thought of Gus’s ailments getting the best of him, Pete convinces Gus’s daughter Mickey (Amy Adams) to join her dad in North Carolina to help him scout Gentry in the crucial few days before the draft. And so Mickey surprises her dad, but instead of hugging and laughing, they point fingers and argue. There’s a lot of baggage between this father and daughter, enough to fill up the underbelly of an airplane. When Mickey was a girl, Gus had her live with relatives and hit the road on his own; Mickey is still mad about it. Sometimes the fights between Gus and Mickey get so fierce that Johnny Flanagan (Justin Timberlake), a rookie scout for the Boston Red Sox, has to intervene.

Overall, Trouble with the Curve is a solid movie. It has great acting from the big three: Eastwood, Adams, and Timberlake. The fractured relationship between Gus and Mickey is displayed especially well. Throughout the film Mickey brings up things Gus did that she didn’t like, they argue about it, and then the argument ends without a resolution. But each time they fight, they realize a little more about why each of them feels the way they do about their relationship. Eastwood’s versatility is still in sharp form; he switches from cracking jokes to spitting insults. You switch from laughing with this old man to hating him for being plain mean. Adams holds her own ground, too. She shows that she can combine the perky charm of Enchanted with the uncensored feistiness of The Fighter into one ambitious role. And Timberlake, well, he’s…Timberlake. Which means he’s damn good, of course! Johnny is optimistic about his future, but is still haunted by his past. He used to be a hotshot pitcher until he threw his arm out. Now he has his eyes on the broadcasting booth at Fenway…and Gus’s daughter. Timberlake, whether he’s playing a drug-running gangster (Alpha Dog) or a key creative component of Facebook (The Social Network), always brings a lot of focused energy to his roles, and he does so again here. You’re easily able to relate to Johnny and hope that he gets the gig and the girl.

While the performances are as perfect as a Greg Maddux fastball clipping the corner, the folks behind the camera could use some more time in the creative batting cage. The director, Robert Lorenz, and the screenwriter, Randy Brown, are both rookies in their respective jobs. Their inexperience shows.

Lorenz’s direction for the most part is fluid. He keeps the story moving at a fast pace, but isn’t afraid to spend ten minutes in the same room with two characters. He’s able to cover a lot of ground without getting cut-happy, and I can appreciate that. But Lorenz shoots the film like it’s an NBC news special. Minus one effective black-and-white flashback sequence, there’s not enough variety in the angles or lighting of the shots. No emotion comes from the cinematography; it all comes from the actors.

Brown does a nice job of making Trouble with the Curve a real baseball movie. Whether they’re gulping beers at the local bar or taking a night stroll on the sidewalk, Brown gives his characters plenty of discussions about baseball. In some light-hearted scenes, Mickey and Johnny exchange random baseball trivia that touches on some of the game’s greatest moments. Brown also incorporates enough on-field action. Unlike Moneyball, the last big baseball flick to come out, Trouble with the Curve mixes in enough baseball game scenes with the front office behind-the-scenes sequences. Baseball isn’t the main focus of this father-daughter drama-comedy, but I’m glad it’s paid proper respect.

Not everything about Brown’s screenplay is golden, though. He misuses Timberlake’s character, using him mainly as a clichéd romance prop. The love connection between Mickey and Johnny is sloppily written and ultimately a distraction from the meatier parts of the storyline. Some other sections of the film are predictable and suffer from sappiness syndrome; shame on Lorenz and Brown for not taking more risks.

Trouble with the Curve is not as indelible as Eastwood’s last acting effort, Gran Torino. He’s still great in it, though, along with the rest of the cast. There’s room for improvement in this baseball flick, but it’s still as enjoyable as watching a walk-off homer bounce off the seats in left.

Trouble with the Curve is rated PG-13, has a runtime of 1 hour and 50 minutes, and will be given a wide release in United States theaters on September 21, 2012.