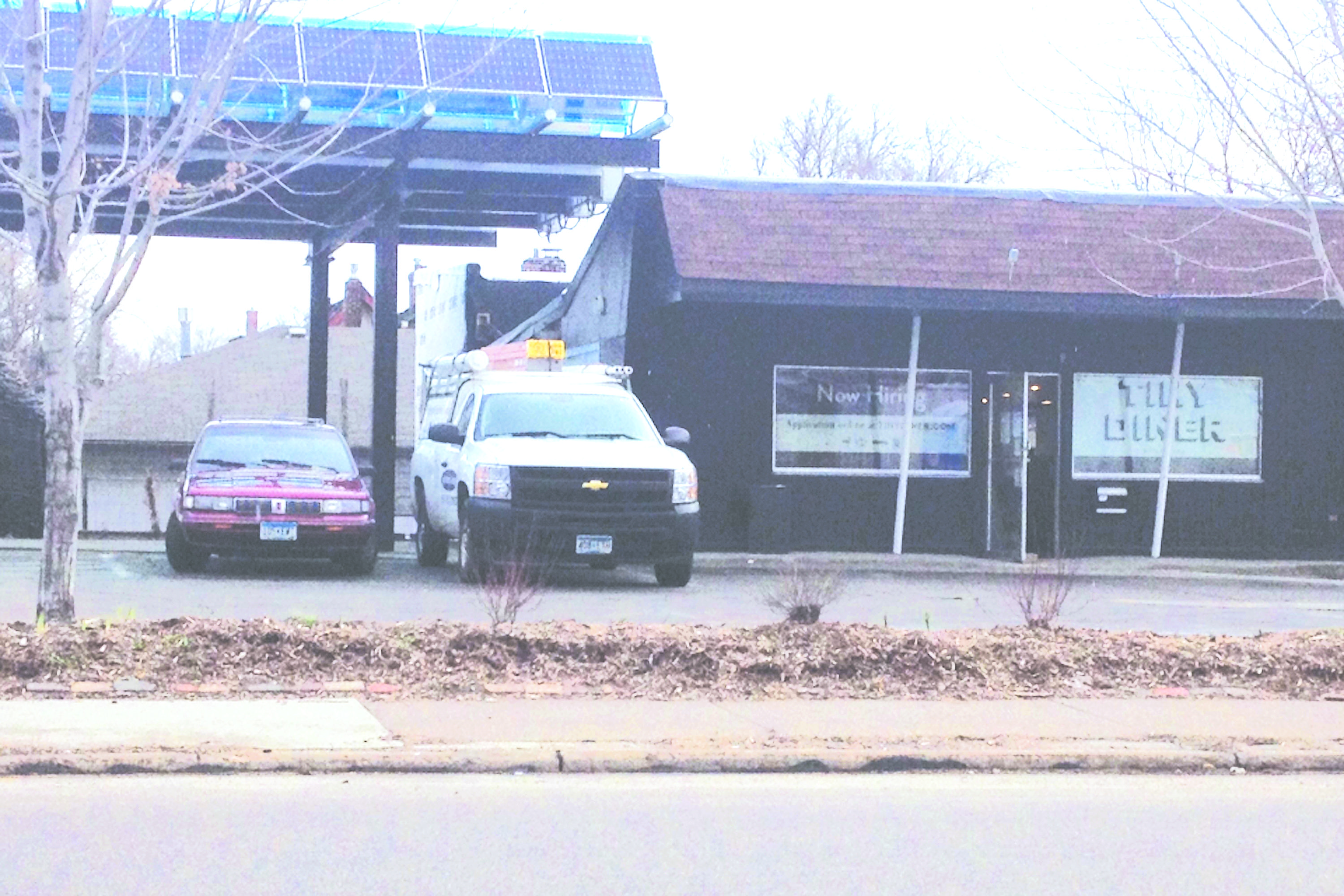 When we asked the painter working on the building just last week, he said they’re hoping to open in the middle of May, which could mean late May or early June.

But work on the building on 38th Street between 10th and 11th Avenues is nearly done. Certainly the landscaping is done to perfection. For most restaurants, or businesses of any kind, landscaping the grounds is at best a last thought, or, for many, a lost thought. On opening a new restaurant, there are just too many other things that could make or break the business. But Kim Bartman likes to sweat the small things, and she has way too many other successful restaurants going to be worried about whether the Tiny Diner is going to make it. With stellar successes at the Bryant Lake Bowl, Barbette’s, Gigi’s, the Red Stag Supperclub and Pat’s Tap, she should have some measure of confidence by now.

But, like with all of her other projects, she is making the Tiny Diner something special. She has always used organic and locally grown ingredients, but with the Diner she will have a garden right on the site. Many people in South Minneapolis have rain gardens—a hollowed out part of the lawn that catches rain water—but Bartman along with Paula Westmoreland, her garden designer, have built a dry creek bed to capture all the water from the lot and divert it to nourish plants to feed the menu. They dug a trench, filled it with small and large stone gravel and planted vegetables along the path.

They also have a double lot on 42nd Avenue between 40th and 41st Street that will also supply fruits and vegetables for the restaurant. Both sites will have skill-sharing workshops on gardening and permaculture—capturing water and conserving energy. So, on top of everything else, she’s becoming a college of useful knowledge. They expect to have classes and workshops on container gardening, food preservation, beekeeping, bird and bat house construction, soil fertility planning, seed saving, water catchment and many more. The Diner site will have a large solar array to capture and use the sun’s energy; compost bins to recycle food waste; cisterns and dry creek beds to catch, slow and store water onsite; keyhole garden beds to maximize food production and minimize soil compaction; a mini-orchard and other perennials for low-input food production; and a rooftop garden with honeybees and heat-loving annual crops.

The menu will be a gourmet variation on classic diner food: “One month we might serve coffee burgers and chili from Cleveland, another month might feature Philadelphia scrapple,” she told the Star Tribune.

This organic exorcism might finally purge the site of the fossil fuel ghosts that the Koch brothers brought to it many years ago. When I was first learning to drive, more than 50 years ago, the site of the Tiny Diner was an early Holiday gas station. Started by the Erickson brothers in Minnesota in 1928, they had revenues of $3.63 billion in 2011, and they still love to get together with David and Charles Koch (their suppliers from the Koch refinery) every year at Palm Springs to trash-talk Democrats. With the political consciousness of a squirrel, I used to drive out of my way to the Holiday Station to save a few pennies on a gallon of gas. It’s going to be a lot easier on me and on the community for me to ride my bike just a few blocks to a neighborhood diner serving excellent food in a model sustainable environment.