Three new Greater Minnesota women legislators, who captured seats that had been held by Republican men, are being sworn in today. They’re bringing rural perspectives to St. Paul. 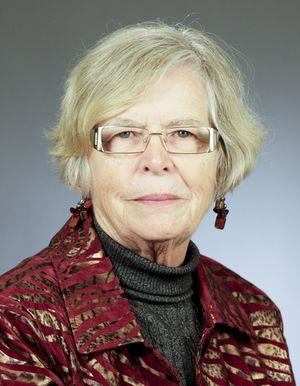 Also getting ready to serve her first term in the Minnesota House is Shannon Savick, DFL-Wells. She will represent newly-expanded District 27A. Her district covers five counties from Faribault County to Dodge County.

The former Wells City Council member and mayor wants to make sure small communities in Greater Minnesota, like Blooming Prairie, are not left out.

She also wants to see more Local Government Aid (LGA) sent to Greater Minnesota communities. Savick said that while she was mayor, she saw what cuts in LGA meant to a small town, especially when it comes to public safety.

As a member of the Committee on Jobs and Economic Development, she wants to bring good jobs to southern Minnesota.

“We are losing young people to the metro because the (Twin Cities) have the jobs that pay well. We need to get good jobs in this part of the county,” Savick said last week. “We have a nice way of life, and we need to attract younger people. Our populations are aging. We need to find ways for younger people to make a decent living.”

A native of Bricelyn, a small town in Faribault County near the iowa border, Savick’s background is in technology and sales; she also has worked for foster children’s rights. She defeated Rich Murray in a hard-fought three-person race in Southern Minnesota; she redistricting, she’d planned to run against Tony Cornish. 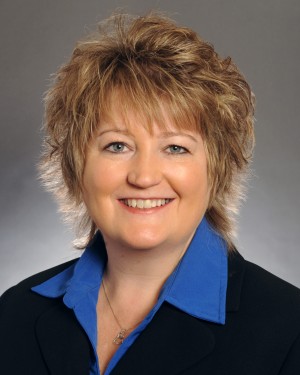 In Owatonna, small business woman and civic activist Vicki Jensen will be sworn in as senator for District 24, which was roughly the district Republican Mike Parry served before deciding to lose a primary to Allen Quist. In Owatonna businesswoman ready to make history, the OPP reports:

. . . As the DFL searched for potential districts to take back from the GOP, few state leaders eyed District 24, for years a lock for a male Republican.

“I hear that all the time, that people were surprised. I don’t know if many people expected it,” Jensen said of her victory. “People congratulate me all the time on winning.”

Jensen was chair of the Steele County DFL from 2007 to 2012, when she stepped down following a 2011 appointment to the Owatonna school board. Fully aware of local history, she — just weeks after officially handing over the chair position to Francy Hall — announced her Senate candidacy.

Running as a social liberal and fiscal conservative, Jensen’s message resonated with voters throughout her four-county district. When final results came in on Nov. 6, Jensen gave Owatonna its first female senator. Faribault now is represented by only women, with Rep. Patti Fritz representing the city’s district in the state House.

Kymn Anderson, president of the Faribault Chamber of Commerce, said she’s excited to see Jensen go to St. Paul, not because Jensen’s a woman, but because she can do great things for Faribault.

“We really feel that it is not really a gender issue,” Anderson said. “It’s more of an issue of effectiveness and leadership. We look forward to working with Vicki, and we have high expectations that she will be a solid leader and do a good job in representing the area. That’s what we think is the most important part, her service to our area.”

As Vice-Chair of the Commerce Committee, Jensen will have a role in setting up health exchanges, and she told the Owatonna People’s Press that she’ll be working to balance competing interests:

Jensen, DFL-Owatonna, said she followed updates on the development of the current Minnesota health insurance exchange proposal while on the public policy committee with the Owatonna Area Chamber of Commerce and Tourism. Jensen, who owns an independent insurance company with her husband, does have apprehensions.

“I have always had concerns about the insurance agent’s side of it because that is my profession,” she said. “I still think there is a lot of work that can be done there. We need to look at the value of the agent when it comes to the insurance. It doesn’t seem like it’s meeting what it should at the exchange level.

“Small businesses, especially, are still going to rely on an agent, and I’m hoping that the agent will have some access to the exchange as well. At least be an advisor in some ways and be compensated for that.”

Jensen added that insurance agents are on the sidelines right now as Minnesota is currently looking at an HMO model. There were insurance agents on the task force that put together the proposal, but the parameters of what the agents’ role would be has not been laid out yet when it comes to the current draft of the exchange.

Even with her worries, Jensen said lawmakers need to work fast to make sure the bill gets signed. 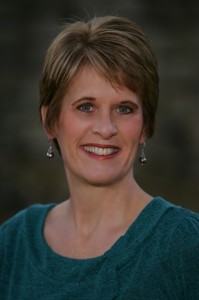 Closer to Lake Woebegon, Willmar’s Mary Sawatzky will be sworn in as representative for district 17B, which had been held by Republican Bruce Vogel. She’s on the Education Policy, State Government Finance and Veterans Affairs and the Transportation Policy committees.

The West Central Tribune reports on her priorities:

“I look forward to working together with my colleagues to improve our schools and ensure that every Minnesota child has an opportunity to succeed.”

Given the state’s budget deficit, Sawatzky said, it is “essential that we find ways to collaborate, find efficiencies and save taxpayer dollars, while doing everything we can to help our Minnesota veterans.”

She said the state also needs a comprehensive, long-term plan to addresses the state’s “crumbling” transportation system and establish policies that are good for the entire state and not just one region.

Sawatzky is a 27-year special education teacher who volunteers as District 5 VFW League baseball coordinator. Perhaps the skill set for the latter will help everybody play ball in St. Paul.