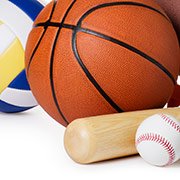 The Little League World Series just ended and the whole world now knows about Philadelphia’s talented Mo’ne Davis. The second round of the WNBA gets started Friday night and our Minnesota Lynx will be trying for a third national title in four years.

There was a fall season-like chill in the air early today, a reminder that volleyball and hockey are just around the corner. That begs a question about how great the University of Minnesota womens’ Gophers will be this coming school year, with returning players from the U.S. Olympic Team, or will the previously dominate University of Minnesota-Duluth Bulldogs be back as the national power. Oh, and there is always a question at the start of new school years about how great Concordia University’s women’s volleyball team will be in the coming year.

High school, college, the pros; we almost take it for granted that great sports teams and players will entertain us in the coming year and in years to follow. In Minnesota, at least, we can also count on women’s teams as being among the most accomplished athletic groups ever assembled.

Give the credit where it belong: Title IX of the national education amendments of 1972. Public policy decreed there would be gender equity in education, and it is being realized. Reviews of educational attainment show women are largely outperforming men these days, and Minnesota sports fans know that women’s teams locally have have dominated their sports arenas in recent years beyond the wildest dreams of their male counterparts.

This is recalled here because Deb Balzer just reminded us Tuesday was Women’s Equality Day. We take it for granted on sports days. We just don’t pay heed on pay days.

All this is relevant when we think of public policy aimed at correcting imbalances and injustices in education, workplaces and sports. The key ingredient of policies such as Title IX is to create opportunities.

The extraordinary runs on titles by the Lynx, the four national titles and a 62-game winning streak over three years by the Gophers, and the five national titles by UMD’s hockey women are a combination of being given opportunity and seizing it.

You can’t even think about women’s sports achievements in Minnesota without including the seven consecutive national Division II volleyball titles for Corcordia University’s Golden Bears, a fete not likely ever duplicated and won’t be if Concordia adds an eighth title this fall.

All of these successes represent personal and team accomplishments. All started by being granted opportunity to succeed.