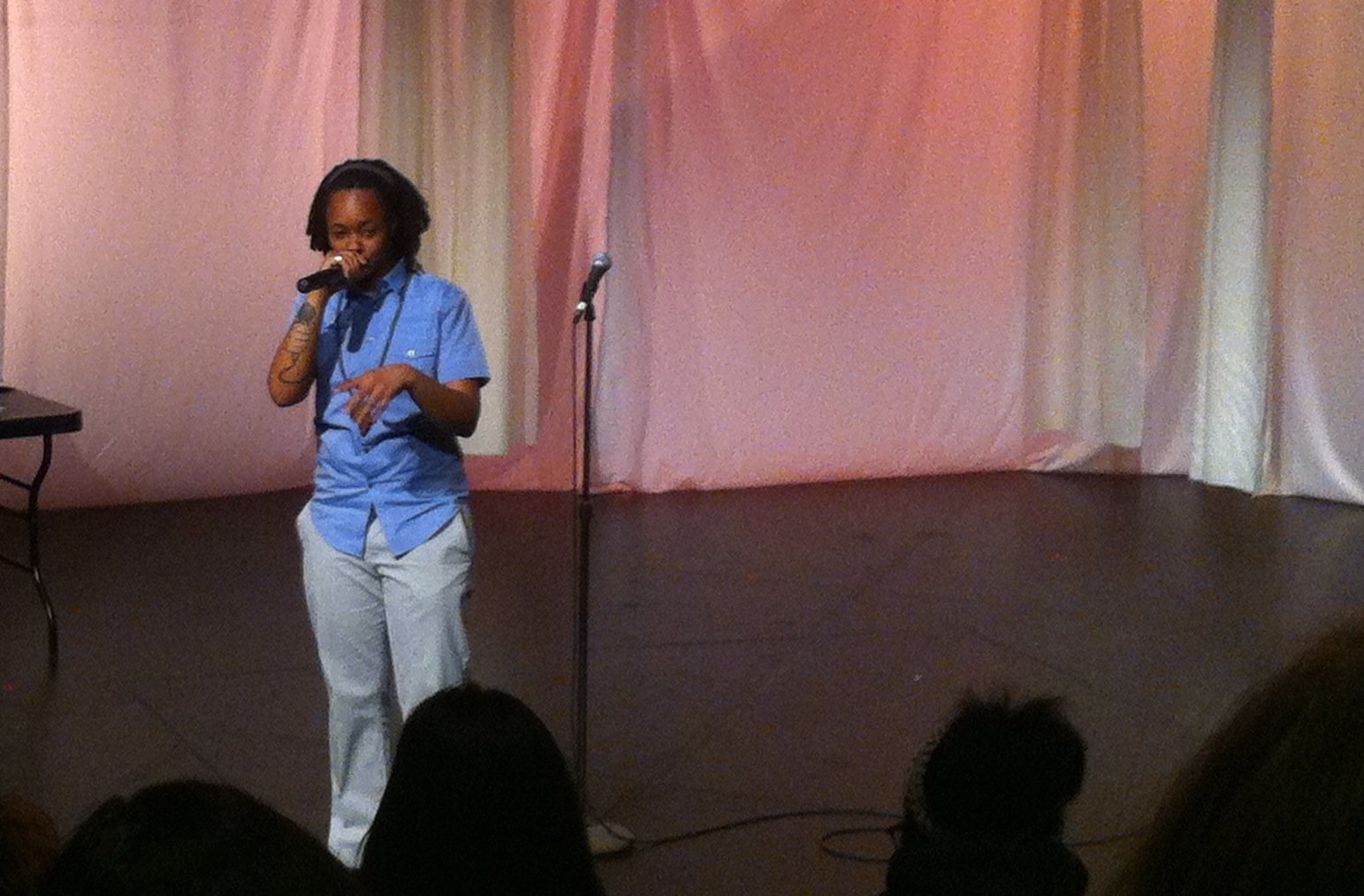 Snap. Snap. Audible “Wows” and moments of finger snapping greeted the ten young poets who competed March 8 in the first of two semi-final rounds of the Be Heard Minnesota Youth Poetry Slam Series. Competition is tough this year as the poets, aged 13-19, vie for a chance to represent the state of Minnesota at the Brave New Voices International Poetry Slam Festival, which will be held this summer in Philadelphia, PA.

To get there the young performers need to woo local judges and audiences. This semi-final round, hosted by Intermedia Arts, proved they were capable of doing just that. Each performer delivered two poems, which could receive a maximum score of 30 from the judges, based on such factors as content, stage presence, flow and overall creativity.

Nobody scored less than 24.

She said the purpose for the competition is to help young people develop their voice, to share their voice and then to apply what they learn. The last goal is especially important, she stressed, because places like the Twin Cities continue to grapple with social issues like equity and safety in education. Poetry and spoken word performances help build the movement to address these issues, she said.

The group of teen poets did not shy away from speaking truth to complex and emotional topics.

“The youth here are fierce,” said Jones, a former participant in the Brave New Voices International Poetry Slam Festival. “Their mouths are spilling with the sign of the times.”

The atmosphere in the theater was a testament to the poets’ deftness with words, as were the judges’ high scores.

And the scores were given by a five-member panel of the who’s who in the Twin Cities poetry and spoken word art scene, including hip hop artist and two-time National Poetry Slam champion Guante (Kyle Tran Myhre).

“This was one of the most difficult slams to judge,” Guante said.

There are two more rounds to go.

Get ready to snap your fingers.