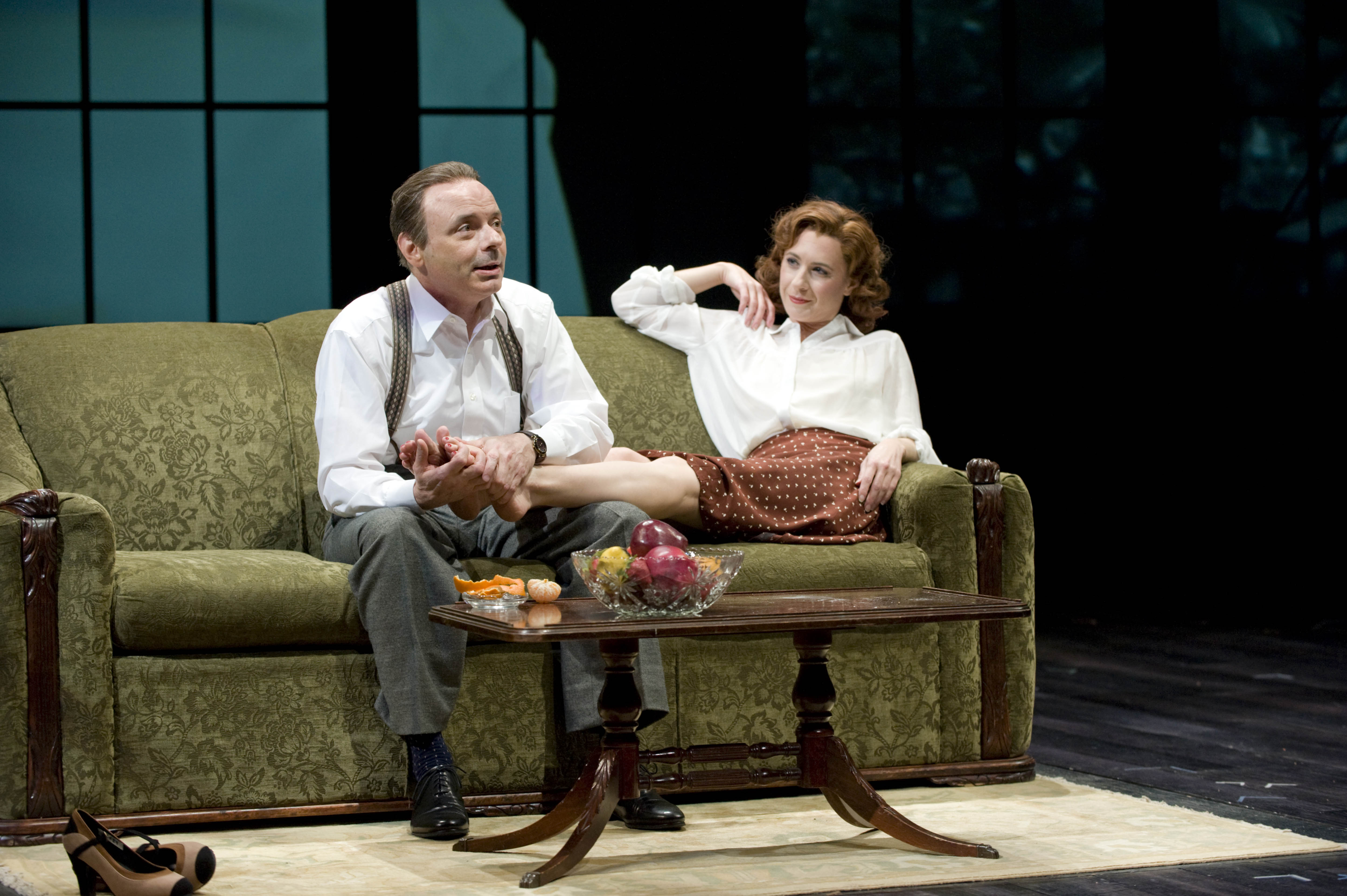 With all the lights focused on him, Ödön stands at center stage and tries to correct the audience: his German name is pronounced Ödön, not Ed. “Oh, whatever,” he says. He is in America now. Behind him, the huge movie screen displays an image of Los Angeles and beautiful California cedars. Ödön’s image is also on that black-and-white film. He lives in Hollywood, and movies are his life.

Tales from Hollywood, now playing at the Guthrie Theater, is a dramatic comedy written by Christopher Hampton and directed by Ethan McSweeny. The story centers on the real-life Ödön von Horváth (Lee Sellars), who was one of the most “promising”—which means, in his words, “people don’t like you but you just don’t go away”—German writers of his generation. The plot starts with Ödön’s exile in L.A. during World War II. Ödön starts his life in Hollywood as a writer though he doesn’t speak fluent English. Settling down in Saint Monica, Ödön meets German theater pioneer Bertolt Brecht (Stephen Yoakam) as well as Thomas (Bob Davis) and Heinrich Mann (Keir Dullea). They talk about love and war. They struggle in their new American lives.

The play is a comedy, and we all know that Europeans love to make jokes about Americans. On one hand, these German artists are satisfied with the money and the California sunshine—”How could we be so lucky that we get $140 a week?” On the other hand, they chafe at Americans’ conservative politics and obsession with the almighty dollar.

Hampton gave a short speech when the show ended on opening night. He said that his family moved to Egypt when he was 10, which piqued his interest in immigration and exile. How can a person find peace in a foreign land when the world is at war, politics are in upheaval, entertainment is ridiculous, families are hopeless, and life is empty? These characters are the lucky ones—or are they?