UMN student government reaffirms push to rename campus buildingsThe Minnesota Student Association released a letter in the wake of a decision that came after nearly a year-long contention over four University of Minnesota campus buildings named after figures with racist, anti-semitic pasts. The state university’s governing body, the Board of Regents, voted 10-1 against the renaming of Coffman Union, Coffey Hall, Nicholson Hall and Middlebrook Hall, names which go as far back as 1851. In pushing back against this decision, the MSA-issued letter reads, “We strongly believe that renaming is the first step of reckoning with our University’s [history]. That is why, to us, renaming is a when, not an if.” MSA will meet with the newly-appointed regents, as well as the incoming University President Joan Gabel, to continue conversations about renaming. Continue Reading

Acting as a cultural broker: how medical interpreters navigate the patient-provider relationship

The heart of Sergio Choy’s job as a medical interpreter is to capture the spirit of the message between patient and medical provider. “You hear things like, ‘I’m feeling a little blue today,’ in English, but not in other languages. You can’t feel a color in Spanish,” said Choy, who translates between English and Spanish, and says that many expressions are not easily translated from one language to another, especially those having to do with emotions. Choy, who loves this aspect of his job, works as a freelancer at Kim Tong Translation Services located in Little Canada, and does medical interpretation at Twin Cities health clinics. More than 200,000 people in Minnesota have limited English skills, according to the Migration Policy Institute, and the state government currently lists 3,500 active medical interpreters on its registry. Continue Reading

[Chart from Department of Health and Human Services.]

According to the report from CDC, Minnesota teens have a higher rate of LARC use than the national average. Also, the access to go to health care provider, and the use of effective birth control methods, including IUDs, and the implants, these may affect the teen pregnancy rate among Asian girls in Minnesota. All adolescents, but especially youth of color, need comprehensive and culturally competent sexual and reproductive health care. Continue Reading

Health problems tied to poor diets and nutrition have persistently plagued Native American communities across the country.  To help alleviate this issue, the University of Minnesota is partnering with the Shakopee Mdewakanton Sioux Community in its $5 million “Seeds of Native Health” campaign to improve the health and nutrition of indigenous people nationwide. Research has shown that poor nutrition has led to increased rates of obesity, diabetes and chronic health problems in Native communities. Diabetes is one of the leading causes of death among American Indians and Alaska Natives, according to the U.S. Department of Health and Human Services’ Office of Minority Health. The campaign will address these issues by improving health programs that are already in place and funding new research to identify what types of programs could be createdto alleviate the health disparities, said SMSC secretary and treasurer Lori Watso, who championed the idea for the campaign. She said she hopes individual Native communities will then use the programs and apply them to their specific health needs. Watso said her background in public health and education, along with the work she’s done related to healthy food in her community, has given her an insight into the health issues Native communities are facing, especially regarding their diets. “Through all of that work, I’ve seen firsthand the detrimental effects of poor nutrition,” she said. “I’ve really come to believe that our nutrition is the foundation for everything.” Lori Watso said SMSC selected the University as a partner because of the school’s work in related research and ability to better understand issues at a national level. College of Food, Agricultural and Natural Resources Sciences Dean Brian Buhr said the college has worked with the Shakopee Mdewakanton Sioux Community in the past. The school has also done nutrition-related research and programming across diverse populations, and Buhr said he hopes CFANS can use that research as a starting point in the partnership. He said the University’s role in the campaign will likely be to research strategies to improve Native nutrition and assist in planning a series of annual conferences on the topic. Though Buhr said the partnership’s specifics are yet to be defined, he said the  University has started identifying and uniting people who are doing similar research.  “[Change] does require true partnership,” Buhr said. “I think that’s the exciting part — is to have that opportunity to think about how we can really work together to create some solutions to this.” In addition to partnering with the University, SMSC is working with nonprofit organizations First Nations Development Institute and the Notah Begay III Foundation. Both have a history of working to solve nationwide Native health issues. First Nations Development Institute President Michael Roberts said his Colorado-based organization has a large portfolio in food systems initiatives and a history of research and policymaking. In 2012, the nonprofit gave out $905,000 in grants to organizations aimed at improving health in Native communities. SMSC secretary and treasurer Watso said she’s hopeful that the campaign will finally begin to address some of the issues that have been present in Native communities for many years. “Native people are so disproportionately affected in all health and socio-economic indicators,” she said. Continue Reading

eputy Majority Leader Sen. Jeff Hayden (DFL-Minneapolis) and Sen. Bobby Joe Champion (DFL-Minneapolis) have introduced legislation to address alarming health disparities in the African American community. The authors have introduced three major pieces of legislation: SF1871 Partnerships for Healthy Futures a grant program to build community services and providers in order to identify, coordinate and expand opportunities for improving health outcomes for communities of color, SF1701 which will require health insurance coverage for colorectal cancer screenings for high risk populations, and SF1836 which will study and provide recommendations to decrease menthol cigarette usage by African Americans. “People of color, especially African Americans and American Indians, suffer from unique health disparities compared to the broader population,” Hayden said. “This package of bills focuses on intervention and prevention of some of the chronic challenges facing our constituents. Now is the time for action, it is time we pass legislation that gets at the entrenched causes and systemic inequity which has allowed our communities to suffer too long.””We have studied the disparities facing African American and American Indian populations again and again. I am looking forward to moving from discussion to action with these bills to address higher rates of cancer, assistance and resources for improving health outcomes, and discovering the root causes of extremely high rates of menthol cigarette smoking among African Americans,” Champion said. Continue Reading

Like moths to a flame, Double Dutch is the perfect sport for attracting kids and keeping them moving and motivated throughout the summer.Parents, friends, community members and double dutch enthusiasts packed into the Jimmy Lee Rec Center for the Third Annual Jump Jam Double Dutch Challenge on Aug. 16. Event-goers enjoyed a family resource fair and watched this year’s lineup of Double Dutch teams square off against each other. The event capped off a ten-week fitness program centered around Double Dutch that is sponsored through a partnership between Saint Paul YWCA, Health Partners and the City of Saint Paul.“The program also offers a healthy eating and wellness component, including cooking classes,” said School Success Manager at YWCA Saint Paul Tara Munroe. “The participants come from all different backgrounds and many are new to Double Dutch. Continue Reading

Educating future nurses as a ticket out of poverty

Sometimes, an airplane ride can change your life. Rachelle Simmons was college visiting in Baltimore with her son, and mentally noted something unique. “Usually in the inner city, on every corner you see a liquor store or a church – every corner. And there (Baltimore), on every corner there was a clinic! Or there was a hospital! Continue Reading

May is Mental Health Awareness Month. It’s a good time to look back on what two great writers have said about their experiences with mental illness. These accounts remind us that even though we’ve made great progress with diagnosis and treatment, we are a long way from fully understanding the darkest corners of the human psyche.Next year will mark the 25th anniversary of William Styron’s groundbreaking national bestseller, Darkness Visible: A Memoir of Madness. Styron, best known for The Confessions of Nat Turner and Sophie’s Choice, has been haled by many as the first writer to truly capture the “full terror of depression’s psychic landscape.” Darkness Visible illuminated the torment of depression and the taboos of suicide, but whether it increased awareness and decreased stigmatization as much as was hoped and predicted is hard to say. Continue Reading

My life hasn’t been the same since I did it. I chopped off all my hair at 2AM on December 11, 2011. Many have asked “Whyjadoit?!?!?!?!” Well, here’s the real reason. I’ve had hair past my shoulders for years. Continue Reading

City View Tutoring Center’s first night was a big success! Lots of homework was done along with many laughs had. Thanks for everyone who came out to help tutor! Continue Reading 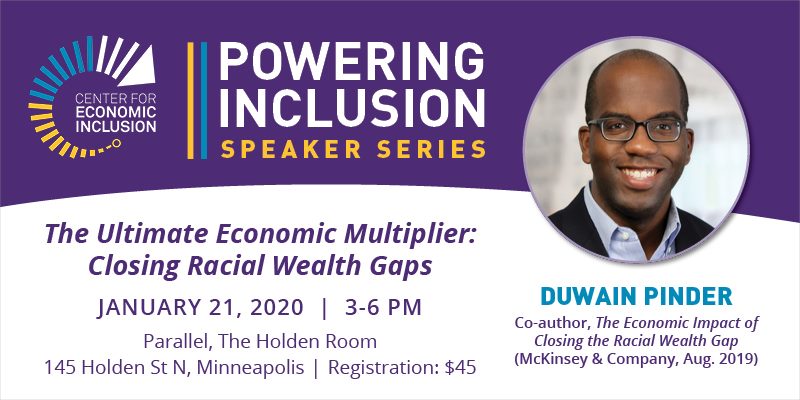