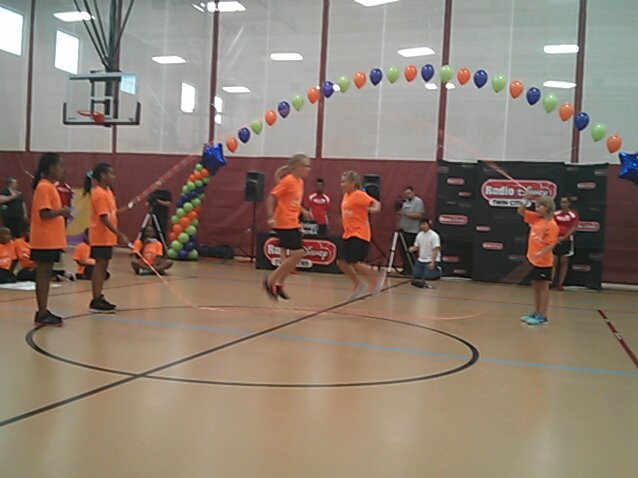 (Photos and video by Paige Elliott)

Like moths to a flame, Double Dutch is the perfect sport for attracting kids and keeping them moving and motivated throughout the summer.

Parents, friends, community members and double dutch enthusiasts packed into the Jimmy Lee Rec Center for the Third Annual Jump Jam Double Dutch Challenge on Aug. 16. Event-goers enjoyed a family resource fair and watched this year’s lineup of Double Dutch teams square off against each other. The event capped off a ten-week fitness program centered around Double Dutch that is sponsored through a partnership between Saint Paul YWCA, Health Partners and the City of Saint Paul.

“The program also offers a healthy eating and wellness component, including cooking classes,” said School Success Manager at YWCA Saint Paul Tara Munroe. “The participants come from all different backgrounds and many are new to Double Dutch. In this program they learn how to work together as a team and build leadership skills.”

Participants gathered throughout the summer at three recreational centers in Saint Paul: El Rio Vista, Oxford/Jimmy Lee and Dayton’s Bluff where they learned the history of Double Dutch, the basics of jump rope, and various jumping techniques.

Sgt. Valerie Namen of the Saint Paul Police Department, Shawntera Hardy, Director of Transportation and the Built Environment at Fresh Energy, and Jonny Reese, Lead Trainer of Pros of the Rope, acted as judges this year and gave the top honors to the Dayton’s Bluff team. The Lady Queens from El Vista Rio took second place, and The Warriors from Oxford/Jimmy Lee took third. Participants win certificates of completion, jump ropes, medals, and other fun prizes. 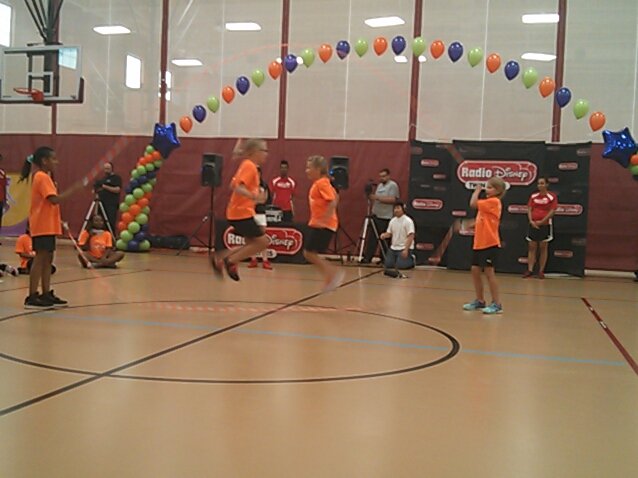 Brenda Berkenhoff and Felicia Sherrod, Educational Assistants with Laura Jeffrey Academy (LJA) came out to support the three students from LJA competing in Jump Jam and gave the program high marks. Sherrod was pleased with the progress her students have made in learning how to work together. Berkenhoff echoed the sentiment and added that she was moved by the display of support for the event. “It’s so great to see people in the community coming out to support an event like this! It means a lot to the families and the students,” Berkenhoff said.

In addition to the family resource fair and competition, other highlights included the “old school team” of young adults who also performed, and the Pros of the Rope crew who electrified the crowd with a mix of athleticism and technique. A fun freestyle jam session closed out the event, with many, including the judges and emcee, attempting to dance between the ropes.

Attendee Cardrian Massey joined in the freestyle and was inspired by the event. Traveling from New Hope, Massey came out to support the jumpers, network, and get ideas for her own Double Dutch program, Jumpin’ 4 Joy. “I would love for this to spread to other cities!” said Massey of Jump Jam. “I’m a grandmother now and still jumping. Double Dutch is good for the heart, good for your coordination and agility and builds teamwork — you form friendships and bonds because you have to work together. Go Double Dutch!”

Below, highlights from this year’s Jump Jam competition

Dayton's Bluff had one team this year and took top honors