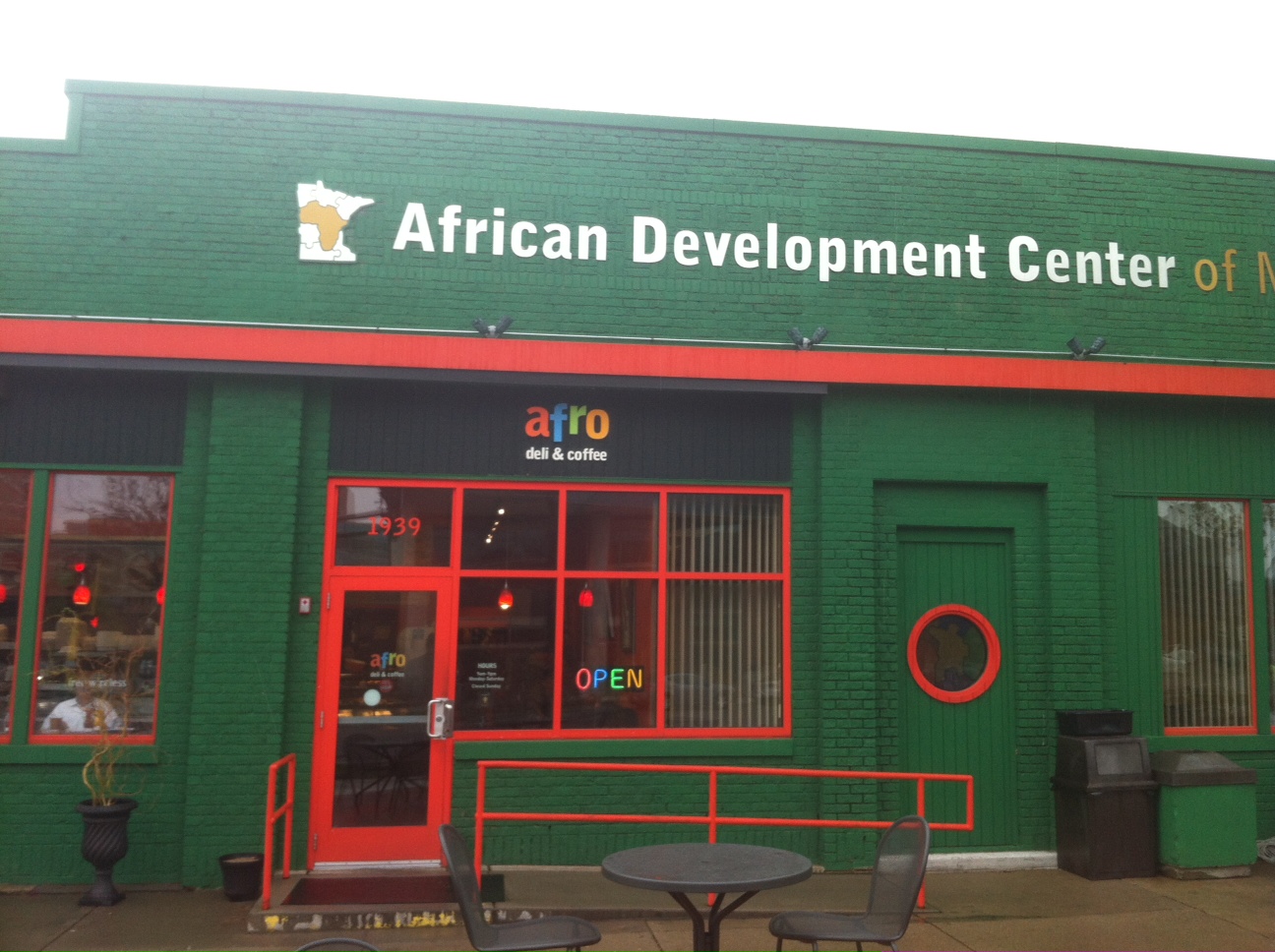 The West Bank can be a difficult place to love. Urban renewal did quite a number to its street network and, I presume, several historic buildings. But it actually has some of my favorite retail shops (Midwest Mountaineering, Freewheel Bikes), music locales (The Cedar), and theaters (Mixed Blood). Oh, and I suppose my son was born at Fairview which was a pretty important thing. 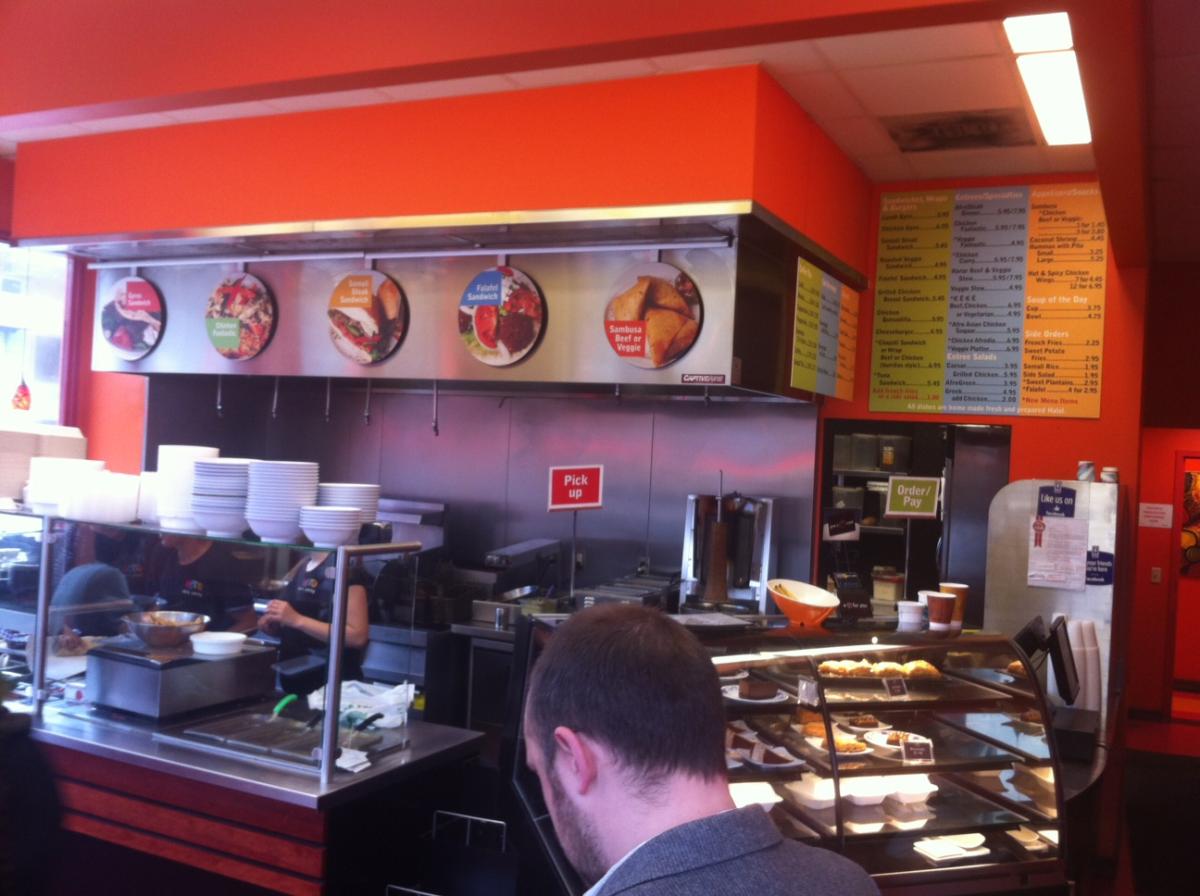 Let’s add Afro Deli & Coffee to that list of goodness. It’s located at 1939 South 5th Street, which is a 5 minute walk from the future West Bank Green Line stop. It’s actually a social venture begun by the much-respected African Development Center, which has a successful record of helping African immigrant entrepreneurs in the Twin Cities — and increasingly around the state as they have offices in Rochester and Willmar.

I went there a few months ago and got the Somali steak sandwich which was great. This time I went for the Afro-Asian Chicken Suqaar. I make no claims to being a culinary anthropologist, so I will simply describe chicken suqaar as spiced chicken cubes mixed with rice and vegetables. You’re thinking, “I make that every week.” Believe me, you don’t. It’s a wonderful dish that I probably never had before I moved to Minnesota (that would be a great coffee table book “Dishes I Never Had Before I Moved to Minnesota: From Jello Salad to Chicken Suqaar”). 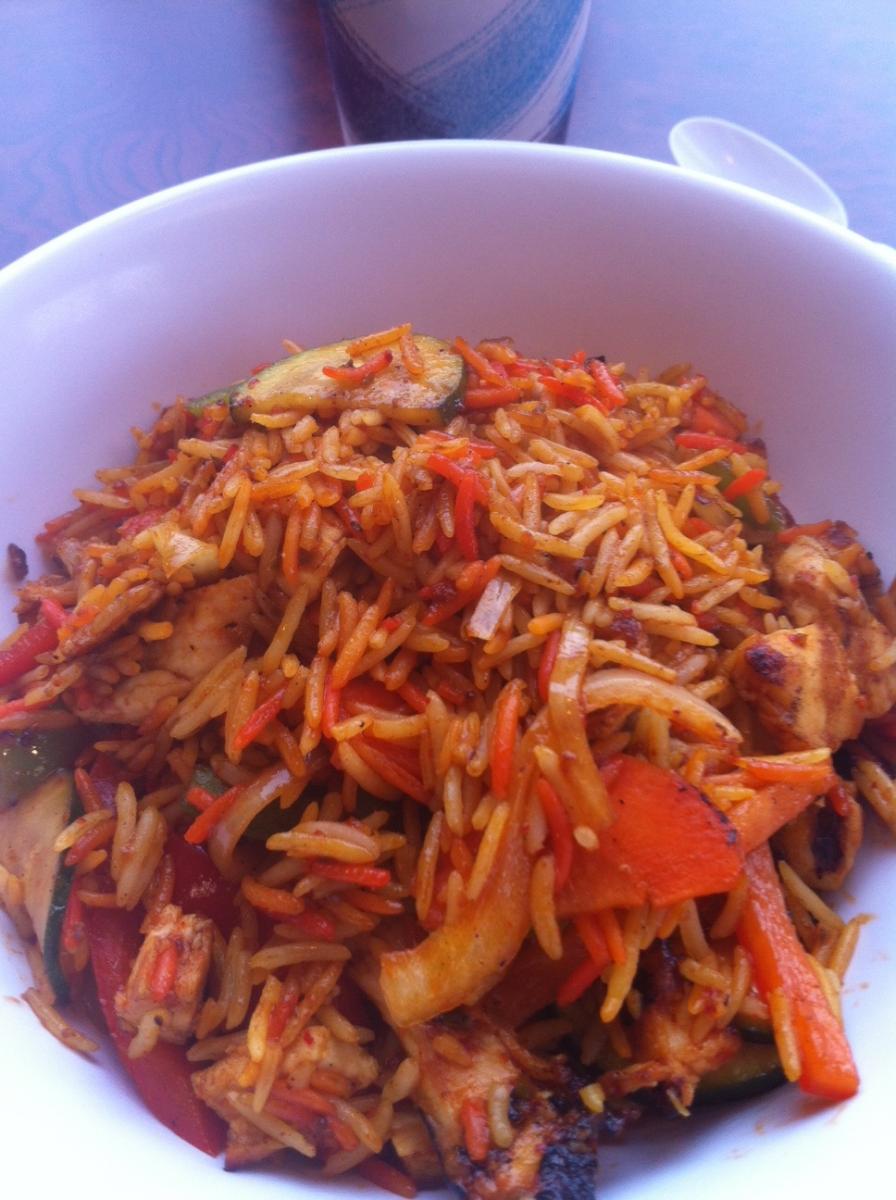 But I digress, Afro Deli does a bang up job. The Asian part is from a Korean sauce that they use. The East African and Korean combo is a hit. While I’m actually not a sucker for restaurant design — I was born without an aesthetic — I have to give them credit for a lovely color scheme. It’s a small, slightly crowded place, but the colors make it comfortable.

And I covet these floor tiles. 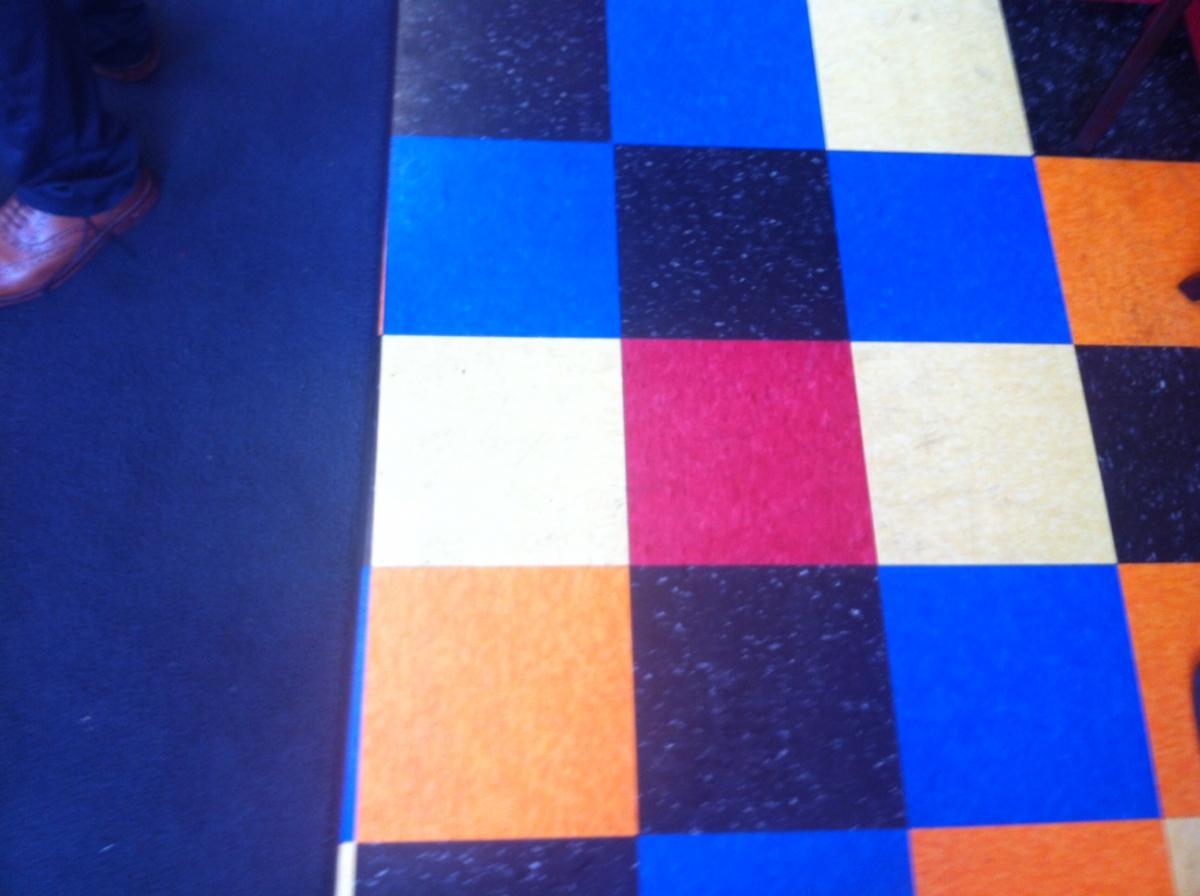