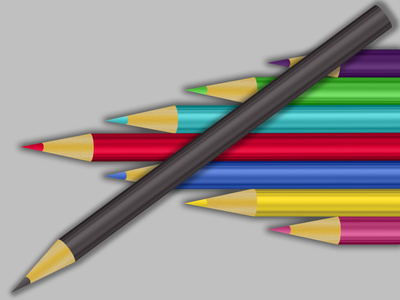 On June 10, almost 200 St. Paul Public Schools students were handed their diplomas through the district’s Alternative Learning Center program. The next day, SPPS mailed out more than 19,300 letters to students in grades K-12 who were targeted as needing remedial help in summer school, which begins June 28.

Both actions are the work of the ALC, a K-12 program designed to help students succeed in school and earn their high school diplomas. ALC programs begin in elementary school, where students who are academically behind their peers are offered help after school twice a week at more than 50 sites in the district.

ALC director Traci Gauer said students seek out these alternative learning environments because they want a smaller school, an arts focus, an English-immersion experience or they are behind on credits or have other issues that are preventing them from staying on track for graduation at a traditional high school.

Students who want to attend one of the alternative high schools have to meet one of 12 criteria set by the state.  The criteria ranges from performing substantially below grade level and being behind in coursework or credits to being pregnant or a parent to homelessness to getting a referral from a school counselor because one of the smaller ALC schools may be a better fit.

ALC began in St. Paul in 1991 with one location and about 127 students. Now it serves thousands of students. The program is funded through the Minnesota Department of Education. In the last year, SPPS implemented a number of changes to the program.

New Schedule at Gordon Parks
Gordon Parks High School went from a traditional six-hour day to two four-hour sessions last fall. Students can go to school from 8 a.m. to noon or from 1 to 5 p.m. This flexible schedule is helpful for students who want to work, Gauer said. Enrollment at Gordon Parks is usually around 200 students for each session.

The district also offers evening school at Gordon Parks from 5:30 to 8:30 p.m. Students are usually in evening school because they failed classes and need to recover credits to graduate, Gauer said. Most of the evening students still attend their traditional high school during the day.

Project Lead was an experiential learning school that included a lot of field and camping trips. It was interesting, Gauer said, but it cost a lot of money. ALC funding is based on the hours that students are in the program rather than per pupil as traditional schools are funded. “If students don’t come to school we don’t get funding,” she said.

“We will identify those students who are failing and they will be placed in a separate class. It’s more of a prevention model than a retention model. That’s a big change for next year,” Gauer said. The program was piloted at five middle schools this year. If a student fails eighth grade, he or she must attend a special summer school program. Those who don’t attend repeat eighth grade at their middle school. There are 300 students enrolled in that program this summer.

The elementary extended day program is about to get a boost by adding enrichment classes to the curriculum. Students who are below grade level would still take reading and math classes after school, but the academics would be complemented with an enrichment class such as art, robotics or poetry.

The district cut the instrumental music program from the elementary schools this year but plans to offer it in the extended day program after school. Fifth- and sixth-grade students who want to take instrumental music will be able to do that in the ALC program. Bussing is provided for ALC students, so Gauer hopes that students who are in instrumental music, but who may not need math or reading classes, will take another enrichment class and then take the bus home at the end of the session.

“I see this as a way to increase enrollment in extended day programs because students will be interested in these enrichment programs, even if they don’t want the math or reading,” Gauer said. She also hopes that students who do need the math or reading component but haven’t attended in the past will attend now. The more students enrolled in the program, the more funding the district receives from the state.