Here’s a thought for pondering as we travel through our days: Do we consciously or unconsciously choose paths that take us away from the very sight of the poor in our communities?

And if they’re out of sight, are they out of mind? And if the poor are out of mind, where is the will to end poverty?

All too often, the better off don’t really see the poverty in their own city, advocates for the poor say.

So organizers of the Opportunity St. Paul Conference decided to bring together people of St. Paul to see the poverty around them, to talk about the problem and then work to help solve it.

At 22.6 percent, according to the U.S. Census Department, poverty in St. Paul is a problem. Findings show that 64,000 St. Paulites live in poverty, including 26,000 children.

The conference April 4 will bring together people from all over St. Paul from a variety of communities, including low-income, to begin a multi-year process that starts with reviewing respected studies about how to end poverty and moves toward implementing poverty-reduction programs.

“We’re only convening the conference. We think the answer has to come from the community,’’ explains Denise Stahura, senior director of planning for the Community Action Partnership of Ramsey & Washington Counties, one of 1,000 such Community Action programs across the country and the legacy of President Lyndon Johnson’s War on Poverty.

The answer, she says, must include the input of all, from affluent and middle-class to the poor residents of St. Paul.

They then will use those findings to make recommendations for actions and poverty-reduction programs to start piloting in 2013.

Actions can be as small as recommending the installation of a street light in a certain neighborhood to reduce crime and make people feel safer. Larger efforts could include proposals to write new legislation, Stahura says.

The Otto Bremer Foundation is funding the conference and action group work this year. The Community Action Program has set aside $50,000 in seed money toward implementing poverty-solving pilot programs in 2013. 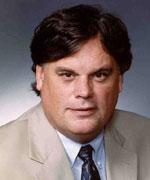 So far about 250 have registered for the meeting at St. Paul’s RiverCentre, including members of government, non-profit, business, faith, law and education communities.

Conference keynoter is Gene R. Nichol, a highly regarded professor of law and director of the Center on Poverty, Work and Opportunity at the University of North Carolina at Chapel Hill.

Among participants and a discussion facilitator at the conference is Jeanette Jones, 49, a self-named “lunchroom lady” working for the St. Paul Schools.

Jones, who lives in low-income housing on St. Paul’s East Side, says society has to “do right” by all people. She asks for society to lend a helping hand to the poor: “No free money or handouts, I’m talking about helping them maintain what they already have and to build on that,’’ she says.

There are major hurdles to reducing poverty, of course. “One is the recession, another is building the public will’’ to alleviate poverty, says Nancy Maeker, executive director of another advocacy group, A Minnesota Without Poverty.

Yet Maeker, too, sees solutions within reach. “In many ways the answers are out there, are written in the Legislative Commission to End Poverty report,’’ she says.

What makes conference planners think this effort will succeed in substantially reducing poverty?

“Whenever folks agree to have an honest dialog, only good can happen from that. Really, that’s the only thing we’re promising,’’ answers Clarence Hightower, executive director of CAPRW.

“One thing I’m really interested in knowing,” says Hightower, “so why do we tolerate poverty? Is it that we just don’t have the will to eliminate it? I want to bring together people smarter than I am to talk about it.”