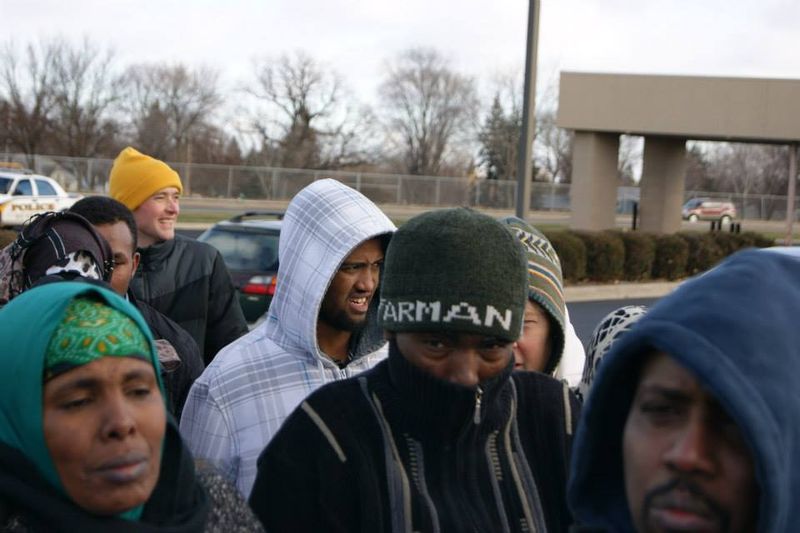 Three items in Bluestem’s morning read illustrate how the faces and voices of Greater Minnesota are changing.

A community group in St. Cloud has applied for a low-power FM radio license from the FCC that would allow them to broadcast news and music for Somali-Americans in and around St. Cloud.

Organizers said they expect to receive approval from the FCC as soon as this week, and that they hope to start broadcasting on the air by spring.

For more than a year, KVSC-FM at St. Cloud State University and the nonprofit St. Cloud Area Somali Salvation Organization worked together to create St. Cloud Somali Radio. In a project funded partially by a state Legacy grant, community members launched a 24-hour webstream of Somali music and news in March.

Mohamoud Mohamed, executive director of SASSO, said expanding to the airwaves was the next logical step. He said the radio station will serve the estimated 13,000 Somali-American immigrants who live in the area, many of whom speak primarily Somali.

Collins reports that the project will educate its listeners about their own history, civic engagement, the United States Constitution and other topics. The project initially faced distrust by some within the Somali community, but won over skeptics who had feared mischief; now it anticipates some resistance from those who fear or resent Somalis living in the area.

Protesters gathered Tuesday outside a St. Cloud temporary employment agency to decry what they call its shoddy treatment of workers.

At least 60 protesters lined 25th Avenue South outside the St. Cloud office of The Work Connection, a St. Paul-based agency. They criticized the agency’s use of a pay-card method to disburse workers’ wages, said the agency has fired workers unfairly and treats many workers, particularly Somali workers, with disrespect.

The event was organized by the Greater Minnesota Worker Center, a new St. Cloud-based group that aims to help low-wage workers get better pay and working conditions.

One of the workers Sommerhauser interviewed told the Times that The Work Connection singles out Somali workers for exploitation:

[Mustafe] Abdulahi said some of what he describes as poor treatment of workers by The Work Connection seems to be directed at Somalis and other immigrants.

He said people who don’t speak flawless English face curt treatment from its staff and sometimes are unfairly eliminated from consideration for job placement.

The Labor Education Service at the U documents the action in this video:

The Worker Center movement, a new organizing model for low-wage employees, has caught the attention of management and not in a good way. The Nation’s Lee Fang reports in Former Walmart Exec Leads Shadowy Smear Campaign Against Black Friday Activists:

. . .Last night—Worker Center Watch, a new website dedicated to attacking labor-affiliated activist groups like OUR Walmart, Restaurant Opportunities Center, and Fast Food Forward—began sponsoring advertisements on Twitter to promote smears against the protests planned for Black Friday. In one video sponsored by the group, activists demanding a living wage and better working conditions for workers are portrayed as lazy “professional protesters” who “haven’t bothered to get jobs themselves.” . . . 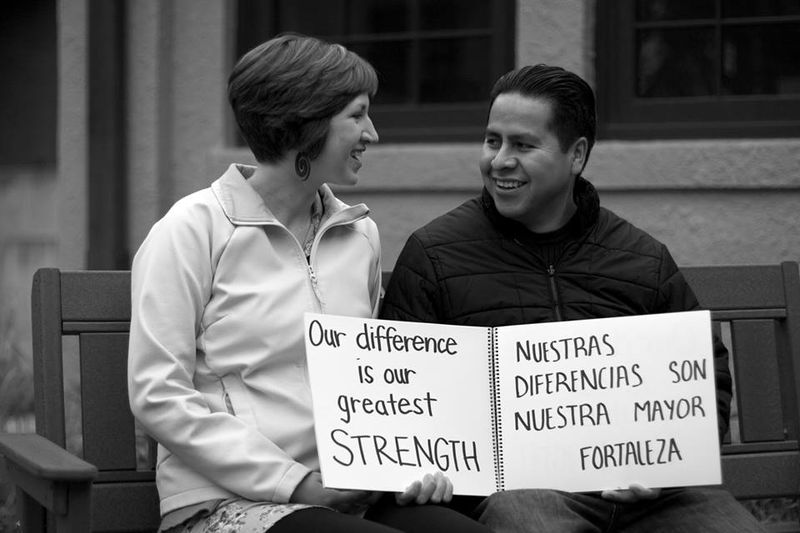 Over in Stevens County, the organizers of the Estar in el Prairie have launched a Facebook page to get the word out for an innovative project in the West Central county that’s home to the University of Minnesota- Morris campus.

From the About page:

From 2000 to 2010, the Latino population in Steven’s County increased by 234%. In order to put faces and stories to this number, we are pairing photographers in the Morris area with Latino members of the community. There are two goals associated with this project.

1. Document this migration. We ask participants to share positive experiences in the community and write about them in both English and Spanish. Photographers then take photos of the participants holding a white board with each phrase.

2.Create a space for communication. Given the cultural and language barriers many new immigrants face, connection between established communities and new groups is often difficult. We hope that this project can begin to create relationships between photographers and participants that extend into the greater community and future.

We have already paired six photographers with participants and received eight pairs of photos (examples attached). At this phase of our project, we are seeking funds to professionally print 20 photos (10 pairs.) We plan to showcase the prints in prominent locations around Morris such as the PRCA, Common Cup, and the library. We have also been approached by CURE in Montevideo concerning a travelling exhibit throughout Western Minnesota.

That’s Jordan Wente and Natalie Hoidal. The UMM’s news reports about the project in Estar in el Prairie Depicts Lives of Latino Population.

Photos: Workers in St. Cloud (top) via MN AFL-CIO ; a photo from the Estar in el Prairie (below) Paul Cortes and Keni Zenner as part of the portrait project. Copyright 2013, Nic McPhee. Please credit the photographer and better yet, like the page on Facebook.