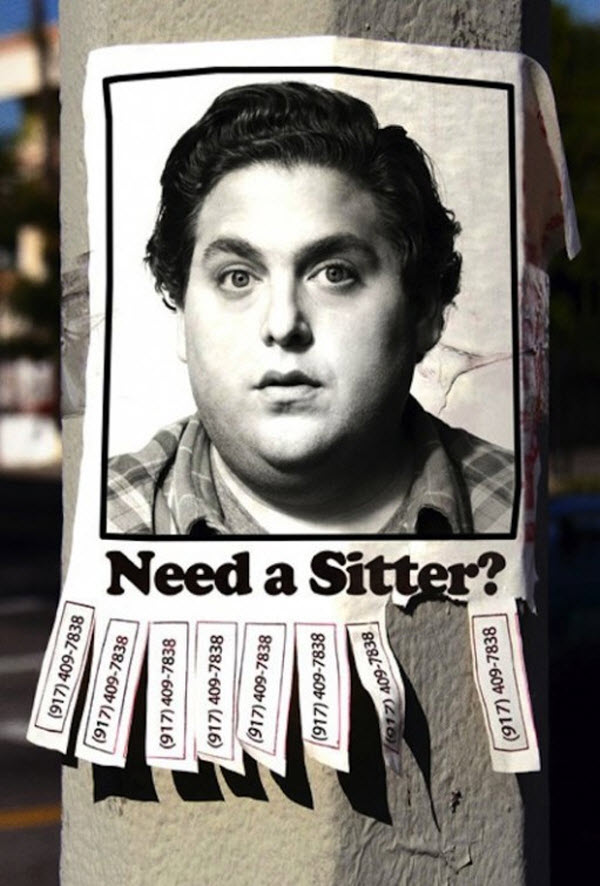 Sometimes, babysitting can be simple. You show up at the Johnsons’ front door at seven o’ clock sharp, say hi to the Mr. and the Mrs., throw some pre-made dinner in the microwave for the kids, later put the kids to bed, and crash on the couch in front of an old horror movie until the parents come home at midnight.

Other times, babysitting can be torture.

All it takes is one thrown-up meal, one kid with a chip on his shoulder with something to prove, one spilled glass of milk, one sugar rush, or one screaming temper tantrum to take a babysitter’s perfect idea of an evening, break it in two, put it in a blender, and give it back with not the slightest sense of an apology.

But usually sitters don’t have to worry about trigger-happy drug dealers. However, that’s exactly what sitter Noah Griffith (Jonah Hill) finds on his plate when he takes a rare gig babysitting three kid neighbors in director David Gordon Green’s R-rated comedy The Sitter. The results of this scenario are varied, but Hill’s consistently funny performance hits the funny bone just enough to make The Sitter one to watch.

When The Sitter begins, Griffith has been a having a rough go of it. Despite being an enthusiastic astronomy student, he’s on suspension from college. He’s unemployed and rooming with his divorced mom (Jessica Hecht). He’s in a relationship with a girl named Marisa Lewis (Ari Graynor), though she seems to think of Griffith as more of a friend to take advantage of.

Seeing that there’s not a lot happening in her son’s world, Griffith’s mom pushes him into taking her place as a sitter for the Pedulla’s children while she goes to a party to meet a man. After the traditional meet-and-greet with Mr. and Mrs. Pedulla, Griffith settles into the Pedulla mansion for an evening that he hopes will consist of watching action films on the boob tube.

The children he’s sitting have other ideas. There’s Slater (Max Records), a boy who suffers from anxiety attacks and has a collection of prescription pills that rivals a senior citizen’s; Blithe (Landry Bender), a girl who sings sexual song lyrics and wears a thick coat of makeup in an attempt to be more like an adult; and Rodrigo (Kevin Hernandez), an adopted Hispanic boy who has all the makings of a future gangster: he seldom speaks, watches kickboxing in a dingy garage every night, and enjoys playing with explosives. Not exactly the Cleaver clan, these kids.

When his lady friend Lewis calls offering sexual rewards in return for a few hits of cocaine, Griffith takes the Pedulla trio out of their natural element on a journey that will take them through a drug dealer’s den, shady bars, and crazy parties. Adding some stress to Griffith’s spontaneous road trip are Karl (Sam Rockwell) and Julio (J.B. Smoove), two eccentric drug dealers who are accidentally swindled by Griffith. They want money that Griffith doesn’t have, and they’re willing to put a bullet in the sitter if he doesn’t pay up.

A lot of The Sitter’s potential success depends on how Hill portrays Griffith. Can he make Griffith likeable, goofy, relatable and witty? Check, check, check, and check. Griffith is a unique character in a typical foul-mouthed comedy. It could have been very easy for Hill and screenwriters Brian Gatewood and Alessandro Tanaka to make Griffith a funny yet cruel person. In a comedy with a controversial babysitter, it’s almost expected for the sitter to be nasty through and through, at least until he learns the error of his ways from spending the night with enlightening children. Griffith is more than that, though. Does he put his own agenda at the top of his to-do list? Sure. But he also takes the time to sit down with each of the Pedulla children and tackle their real-life problems head-on. Homosexuality, parental problems, loneliness, and the craving to be cool are some of the issues the kids have that are addressed by Griffith. He dishes out advice that seems genuine and heartfelt. Hill manages to avoid being sappy in these emotional scenes, with his tired eyes and burnt-out attitude taking center stage instead of swelling musical scores.

Rockwell also deserves high praise for his role as the film’s main antagonist. He’s an unpredictable firecracker. Whenever he walks into a scene, the energy level gets cranked up five notches. His tendency to dance and hug and scream and cry, all in the course of five minutes, makes for a realistic and interesting hopped up coke dealer. It’s refreshing to see a drug dealer portrayed onscreen in this manner; too often dealers are stocky men in buttoned shirts whose facial expressions vary from frowns to grimaces, like they’re on sedatives rather than indulging in their product.

While Hill and Rockwell are bright spots, they can’t rid the rest of the film of its downfalls. The supporting cast, minus Rockwell, consists of thinly drawn, predictable, unenlightening characters. Don’t get me wrong, the Pedulla children hold their own in the acting department, but their problems and attitudes are not engrossing. Not enough time is spent on something like Rodrigo’s desperate alienation for it to be worthwhile. Green falters here, as he tries to balance crude comedy with heart tugging drama. He should’ve scrapped the children’s issues in exchange for more screen time for Rockwell.

Green and his screenwriters’ errors don’t end there. They made a grave mistake by giving a large portion of other supporting actors like Method Man extremely dumb things to say. A lot of the dialogue that comes from Method Man and his bar-dwelling posse is insulting to the audience because it’s just hollow noise with swear words thrown in. None of it advances the plot in an interesting way. This makes the second half of the film a lazy endeavor.

If you like Jonah Hill or his style of fast-talking humor, then you’ll probably enjoy The Sitter enough to make it worth your while. Otherwise, if you don’t think Rockwell’s wackily enjoyable performance will do it for you, look elsewhere for comedy.

I give The Sitter three stars out of five. If I gave it a grade, it would be a B-.

The Sitter is rated “R” for crude and sexual content, pervasive language, drug material and some violence. It hit theaters nationwide on December 9, 2011.