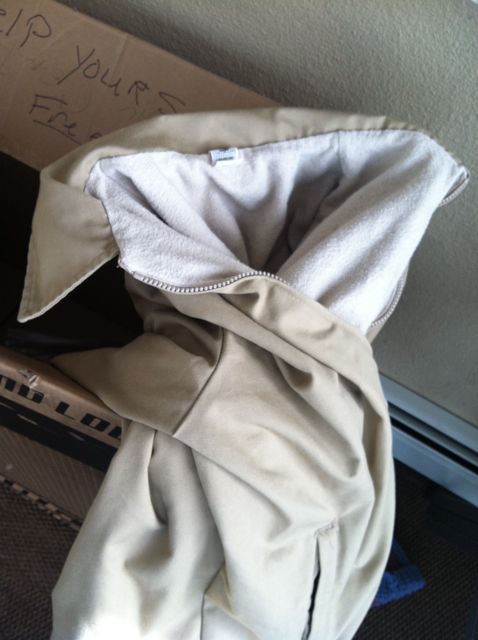 Today I had an extended conversation with one of our guests who’s been coming here as long as I have. He generally keeps to himself and is always reading a book. He used to have a bicycle trailer that he used for scrapping and hauling his camping gear, but it was stolen a while back.

I had a swap-meet-acquired trailer gathering dust in the garage. Now in that phase of life where I am deaccessioning past treasures, I asked if he was interested in it. He offered to do work in exchange for it, and, writer that I am, I said, okay, talk to me and we’ll call it square.

We talked about where his money came from, how he became homeless and why he stayed that way, his relations with the legal system. You know, all the stuff you cover on a first date.

I expect most people I meet here—or anywhere—to put the best face on their transgressions. We are all most innocent in our own eyes, especially when we have to testify in public. But based on what he divulged, I’m willing to draw a few broader observations about the forces that work against these guys.

1. Relationships gone bad. He’s not the first to describe to me how problems with a spouse led to problems with finances, the law or both, which led to even deeper problems. Or unshakeable ones. For many of us, having a partner is a ticket to increased domestic security, greater earning capacity and emotional stability.

Whenever the relationship is disrupted, it’s hard on both parties, even if the police don’t show up. When they do, it can get worse in a hurry. And when household finances are already precarious, cars and homes disappear, along with everything else.

2. Substance abuse. In this case, drinking—mostly beer—appeared to be an aggravating factor. It escalates domestic situations, makes driving infractions worse and gives the cops one more reason to put you in jail. What’s different for these guys is that even minor transgressions get them in trouble. A beer can in the park, for example. A party where someone else stirs trouble. A plan for getting home that goes awry. A mouth that says too much to the police.

I heard several examples of jail time earned for things I’ve done and never been bothered about. As is well documented, it’s not just the booze or the weed that gets a man in trouble. It’s their dress and their address.

3. The warrant spiral. He’s been in prison. So have many of our guests. Jail is almost given. If you have little income and no fixed address, you’re likely known to the police, and you’re more likely to stimulate complaints from us solid citizens. If you receive a ticket for a minor infraction, you go to jail, then to court, where you’re likely to receive a sentence that includes community service and a fine.

If you’re unemployed, it’s easy to do the community service. But paying even a small fine might mean the choice between food and erasing the ticket. Or between cigarettes or beer and satisfying the court. Let’s say short-term decisions get made. These result in warrants that deepen the trouble, resulting in more jail time, fines and community service.

4. The underground economy. None of the people here are in line for vice presidencies at Best Buy, but they’re also willing to work. Felonies on their record may rule out hiring, despite their skills. Like illegal aliens, they often ply their services to employers who want workers off the books—not witholdings, taxes or unemployment insurance.

These workers are the ultimate temps. Hired to handle backlog and then cut. Brought in for a few hours here and there. Cheaper than an above-the-table worker. Eight bucks an hour for 30 hours a week serves the employer’s purposes, but it doesn’t pay both rent and food.

Last week, some donors had left clothing and miscellaneous supplies in our vestibule. Among the items were two tan jackets. One was an NRA Lifetime Member jacket with a padded shoulder for shooting. The other was the same color, without the padding or embroidery. 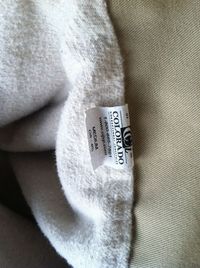 At the end of the day all the articles were gone except for the second coat. Over and over, I heard people identify it as “a prison coat” they wouldn’t wear because it would make it look like they’d just gotten out of prison.

Attention is the worst thing for a person on the street. If they aren’t targeted already, a prison coat would make them a person of interest.

Curious, I looked at the jacket. Nothing about it said “prison” except a tiny label. But to our guests, the jacket said trouble from a mile away.