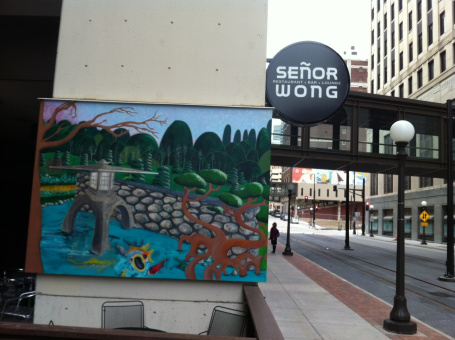 I admit that I was skeptical when Señor Wong’s (111 Kellogg Blvd) opened up. I worked in downtown St. Paul at the building across the street when it opened a few years ago, and the name threw me. It seemed a little too kitschy, and honestly there is a lot of bad chinese and mexican food out there. Would this be far less than the sum of its parts?

But then I decided to try it, and it was great. I’m pretty sure I had some pork, kimchi tacos which at that time was the new, new thing. I was a convert, but then I switched jobs and was rarely in downtown St. Paul around for lunch.

Today I went back for the first time, and I had another stellar lunch. Lucky for me, my lovely wife was my lunchtime companion so we were able to sample two different dishes. I had the pescado especial (aka: fish tacos) that included walleye, cabbage, orange-habenero, topped with some kind of amazing ailoi. She had the banh mi, and it tasted like a gourmet banh mi. It was one of the best we’ve had, and St. Paul is the Mecca of banh mis.

From the look of things, they do quite a nighttime bar business and probably a fair amount of folks for happy hour as well. From a quick perusal, their beer selection looks top notch. They’re also kitty-corner from the Central Station stop of the Green Line, and I’m curious how that parcel will end up. It’s the block where they took that ugly building down between Minnesota and Wabasha and 4th and 5th.

Don’t fear the name, check out Señor Wong’s while you can. 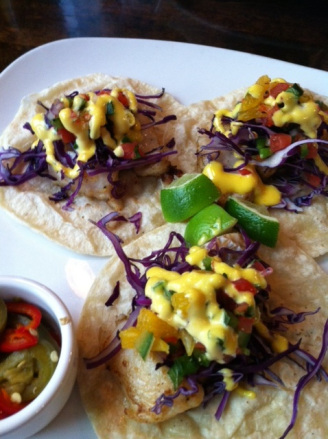 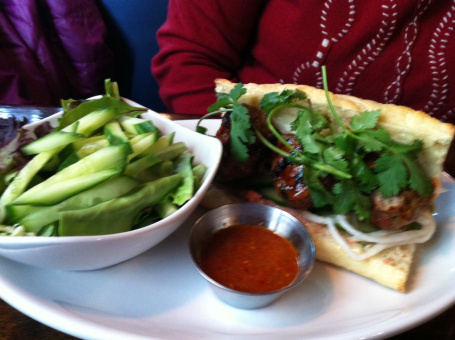