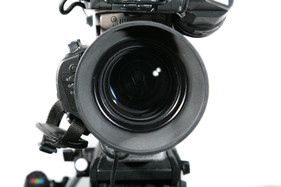 In the 1970’s, civic minded visionaries created a federal plan to insure that the corporate cable giants wiring our communities would have to share a piece of the profit with the people, public access television was born.

Minneapolis, like many Minnesota cities, took full advantage of the federal legislation when negotiating our first cable franchise agreement with what was then Rogers Cable.  In 1983, the Minneapolis Telecommunications Network (MTN) was created.  The franchise contract included a funding commitment to the public, along with television channels, equipment and studio space in the cable company’s building.

That same year the Minneapolis City Council and Mayor Don Fraser welcomed viewers to MTN and invited the public to create television programs. The late City Council Member Brian Coyle spoke of his personal vision that access to communication tools and cable channels would strengthen our neighborhoods.

MTN, like all public access centers, has a strict legal requirement that the channels be protected by the First Amendment, to serve as a free speech forum for all citizens.    When I first discovered Public Access Television in Iowa City, Iowa, in the early 1980’s, it was the only place I could share my own work as an out lesbian feminist.  MTN continues to serve the underrepresented, including new immigrants, communities of color and transgender people.

Today in Minneapolis, public access is under attack.  Mayor Rybak has proposed a cut of $250,000 to MTN’s funding in 2012. This amount is more than one third of MTN’s budget. The city of Minneapolis will receive an estimated $4.5 million from Comcast in 2012. This amount includes PEG fees, which are collected from every cable subscriber in Minneapolis, specifically for Public, Educational and Government programming and channels. The PEG fees double at the beginning of 2012, the same year as the proposed cut.

Some argue that services like YouTube make cable obsolete. However, the number of cable subscribers in Minneapolis has not decreased.  And, whether a Minneapolis resident is creating their show for television or the Internet, they will need access to cameras, editing equipment, lights, microphones and the training and support to use all this equipment. Without MTN, the tools for creating video content would be beyond the reach of many Minneapolis residents. Increasingly, MTN producers utilize both cable television and the Internet. Some examples include the popular show MPLS.TV and the live weekly call-in show, Somali Media, which is cablecast live on MTN channel 16 and streamed on the internet to the Somali Diaspora all over the world.

Minneapolis is an interesting and exciting place to live, with new and diverse voices emerging from all corners of the city, damaging a popular free speech forum like MTN only weakens our democracy. As the gap between rich and poor widens, and as large corporations control an increasing number of our communication streams, it is more important than ever that people, regardless of income or status, have access to the tools they need to project their voice. Please urge your City Council Member to restore the devastating cuts to MTN and secure the electronic commons for all.