On the heels of a recent MinnPost story about a statewide public information campaign to inform Minnesotans about who is eligible for Food Support benefits , I received an intriguing email from Janet Lewis Muth, who works with the poor in Rice County, just south of Lakeville.

Such a campaign is well and fine, she told me, except more of a challenge in her area, where the Rice County social services office is so far behind in their paperwork that a family or individual already on food support “can expect to lose their benefits for four to six weeks” when it comes time to renew their benefits by showing evidence they still qualify.

Mike Emerfoll, 42, of Northfield, for instance, who cannot work because of medical problems, had to wait two months for reinstatement because of the backlog.

“It’s been going on for far too long,’’ says Muth, coordinator of Growing Up Healthy, who recalled how last summer she helped a Somali woman with six children find food to break their fast during Ramadan.

“We’ve got a lot of people scared and hurting as a result of some paperwork backlogs’’ in the Rice County Social Services Department, agrees Jim Blaha, executive director of the Community Action Center of Northfield, a non-profit providing emergency food and clothes and other services to the poor.

Some families, because they miss application deadlines or have incomplete paperwork, make a mistake on their application or for some other reason have had to wait three months or more to receive benefits from the county that stretches from Northfield south to Faribault and Medford. Benefits applicants also complain of unanswered telephone messages and long telephone waits when calling the county social services office.

Counties all over the state administer programs such as the Minnesota Family Investment Program (MFIP), the Supplemental Nutrition Assistance Program (SNAP) and health care aid to the poor but don’t appear to be having the same problems as Rice County, according to folks at the state Human Services Department. 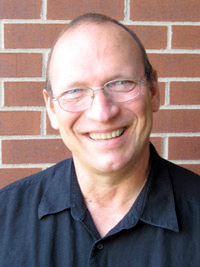 Because of the payout delays in Rice County the Community Action Center helped feed 40 to 50 households in January alone, Blaha says. Among those were the families of David Tap and of Mike Emerfoll.

Tap, who came to the United States in the mid 1990s from South Sudan, recently lost his job at a packaging company. His wife, Tabatha Kor, is a nurse’s aide but her salary isn’t enough to support the couple and their two young children.

There was a misunderstanding, Tap says, that with his job loss he was receiving unemployment benefits, which he isn’t. Long story short, he was first denied Food Support and medical care benefits and had to reapply, but reinstatement took about three months.

During that time the family visited the Community Action Center food shelf for groceries and worried someone in the family would become very ill and have trouble finding health care.

For Emerfoll, the delay meant he couldn’t readily pay for seven prescription medications he takes for pain, sleeplessness, depression and other conditions. Plus his family didn’t receive $500 a month in Food Support benefits.

Without the center’s food shelf and their help in accessing payment for medications, he and his family couldn’t have managed, Emerfoll says.

Mark Shaw, Rice County’s social services director, acknowledges there have been problems and that reapplication for benefits should be “seamless.’’ But Shaw stresses the office is working hard to solve the problems caused by a “staggering amount of work.’’

“…[C]ertainly we have been challenged to keep up with the number of cases we are seeing,’’ admits Shaw, reflecting on the remarkable spike of 2,000 additional cases in Food Support benefits and health care assistance and the Minnesota Family Investment Program from 2007 to 2011 in his county.

Food support requests have more than doubled and health care needs increased by probably 25 percent, he says, directly related to the state of the economy. In December 2007, for instance, the county was overseeing 687 food support cases but that number jumped to 1,592 by November of last year, according to Shaw.

‘If they get their paperwork in timely manner, those benefits should certainly be seamless and that’s what we try to do. I wouldn’t say we are successful in that for a variety of reasons,’’ Shaw says, though unable to report the number of cases waiting for processing.

He says staff has been increased and employees are working overtime but are still slowed by a new process, client delays in submitting information, a technology system that needs updating and new employees learning the complexities of the benefits programs. In extreme situations, emergency food support can be granted within 24 hours, he adds.

Rice County is also among 12 southeastern Minnesota counties looking into collaborating with one another to deliver human service programs more effectively.

‘‘I would suggest we are making some progress,’’ Shaw says.

The state Department of Human Services is also extending the county a hand with clearing the paper jam, a spokeswoman confirms.

Shaw hopes to have the problem solved by the end of March.