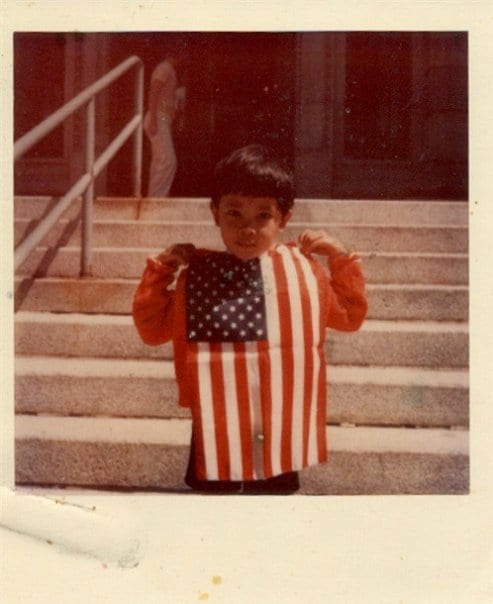 We’re hearing more about immigration reform again, always a heated topic, but one voice with big stakes in this is often excluded from the discussions: Laotian refugees.

Many of us arrived in the US as refugees from the war in our homeland 35 years ago.

Census 2000 figures estimate there are almost 400,000 residents from Laos at various stages of naturalization. These include Tai Dam, Khmu, Mien, Hmong, ethnic Lao, and many others, each with their own distinctive customs and challenges. But all have commonalities giving them a serious stake in immigration reform. And they should make themselves heard.

So much of the debate centers on erecting barriers, literal and metaphorical, and increasing mechanisms for deportation. What has been done to consider ways to ease immigration for family reunification, for example, or to protect victims of human trafficking or simply making the process humane for all?

Between 1954-1975, the US organized a clandestine army of over 30,000 men and their families from across Laos. In the chaotic aftermath of the American exodus from Southeast Asia, many were abandoned, left to fend for themselves, facing reprisals for protecting and assisting US advisors and their colleagues.

35 years later, some only recently gained opportunities to reunite with family in the US. But almost no discussion addresses how reform will ease or restrict efforts to reunite families. And it’s far from simple.

Consider Laotians seeking reunification who are considered criminals in Laos for supporting the US or helping other Lao to escape. The same applies for those who aided resistance efforts. Will restrictions be relaxed for them or others in similar situations? Admittedly, this is potentially an incredible diplomatic mess, but we must not be afraid to confront it. We aren’t the only ones who will face these issues.

Laotians further need to be concerned about support for those who fall between the cracks, including victims of human trafficking by unscrupulous businesses seeking labor. Employers who maintain dangerous sweatshops and de facto slaves, under threat of informing US immigration after their victims’ visas expire. Many others face these issues in their communities, too.

Unfortunately, most agencies serving refugees don’t have anywhere near the resources required to study how far this dilemma goes.

We must reject politicians who try to goad us into implementing swift, draconian policies of deportation for the slightest infraction, such as a slip of the pen on immigration paperwork or a missed deadline. Right now, there’s little course for appeal, and this already plays havoc for some in our community. What will reform bring?

We need only look at the highly public case of Caroline Vang and her family who came to America legally in 1989. They were reuniting with family they’d been separated from because of the war. They lived and worked legally in the US, even establishing a successful restaurant in the Midwest.

When Vang’s family came on the Visa Waiver Pilot Program, her father was possibly eligible for political asylum. Unfortunately, due to errors by the United States Citizenship and Immigration Services, the Vangs were forced to wait 10 years to learn they did not qualify for asylum. Still, for several years the US government continued to renew their work authorizations, allowing them to build their lives in the U.S.

But in 2007, the family was ordered out of the only country they considered home. Even with last minute intervention by their congressman in 2009, their case remains in limbo. They’re not criminals, but victims of byzantine, Kafkaesque bureaucracy.

Consider our dilemma that Laos doesn’t accept deported criminals, so what do we do with those who served their time, but have nowhere to go? Once released, how can they get permits to work, since they’re technically not supposed to be in the country?

Or take those born in the refugee camps: Birth in the camps of host nations did not grant citizenship to those nations.  Many children are stateless individuals with literally no place to be deported to. Yet another paradox refugees must contend with.

If no efforts are made now to address these and other issues, Laotians and others will be at a significant disadvantage to change things later if flawed immigration reform is passed by those in a rush for political expedience.

I was among the first Lao to come to the United States in 1973, naturalizing during the American Bicentennial. I grew up with a firm understanding of the importance of citizenship and what it can mean for individuals and families. And I’ve seen more than enough cases to convince me that everyone, not just Laotians, needs to make their voices heard about immigration and seek humane policies, not just convenient ones.