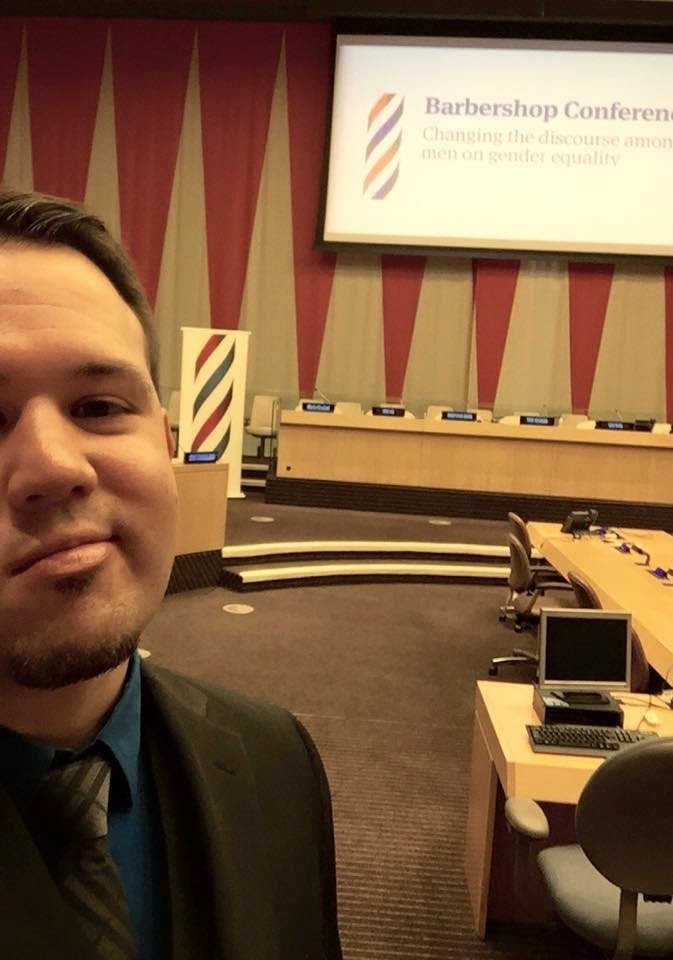 So that was something I’ve never done before. This past week, Iceland and Suriname co-sponsored (along with other partners) a two-day event at the United Nations called the Barbershop Conference, aimed at “changing the discourse among men on gender equality.” I was invited to perform and say a few words.

The concept was that it was a space to engage men (particularly men at the UN) around men’s roles in the struggle; unfortunately, that’s a pretty easy thing to misinterpret, and some of the early coverage presented that as “all the men are going to get together to solve gender inequity.” I’m happy to say that from what I saw, this definitely wasn’t the case. It was more about the importance of meaningful solidarity, and about bringing the conversation into spaces to which men have disproportionate access (while also challenging why that is in the first place).

As for a report-back, it’s really making me think about the different spaces in which the struggle for gender equity manifests. As some of my social justice-minded friends probably expect, the conference (from what I saw of it) was not perfect– it was pretty binary-centric, and while this was the UN, an even more intersectional lens would have been nice; all in all, it was fairly surface-level stuff, and like so many things, I find myself torn between critiquing that for being surface-y and applauding that for being a continuation and validation of the work that so many are doing in their communities on such a public, far-reaching stage.

There was some really good stuff, too. Phumzile Mlambo, Executive Director of UN Women, gave a powerful closing speech on how “achieving gender equality is about disrupting the status quo, not negotiating it,” and it was cool to see that kind of framework reflected at such a high policy-making level. The conference also made me reflect on how much impact more radical voices are having, and how the conversations being had on Twitter and in feminist spaces are definitely bleeding into this larger movement and shaping the larger narrative… sometimes slowly, but surely.

The key will be what happens next, obviously, in terms of concrete change, but it does really seem like the conversation– and the culture(s)– are shifting. I heard lots of mention of the importance of both dismantling/challenging our thinking about masculinity on an individual level, and the importance of challenging systems, structures, and institutional practices that silence, exclude, and harm women and gender-nonconforming people. I think that both/and framework is key. The host/moderator, Al Jazeera’s Femi Oke, also did a great job making sure that people spoke in concrete terms rather than platitudes. Again, we’ll see what happens next. I’m grateful to the Permanent Mission of Iceland to the UN for allowing me to take part.

You can watch the second day’s program here.