In the wake of the Zimmerman verdict, I’ve been encouraged by the number of privileged folks who have committed themselves to listening well. But people are also looking for practical things they can do to support racial, gender and economic justice efforts. So, I asked reader Louisa Davis to share a few of the things she’s learned to do in the 30+ years she’s been working for justice as a privileged person. Louisa’s list is not a checklist or litmus test designed to engender shame. Rather, I hope it will inspire those of us who are privileged to think about the practical things we can do in our respective communities.

I’m so grateful for Louisa’s wise voice and example! A former UCC minister and professor of religious studies, she now co-leads antiracism efforts in Washington, DC. I’m encouraged by Louisa’s lifelong commitment to growing deeper in crosscultural relationships and advocacy, as well as her desire to keep taking risks and making new mistakes as she collaborates on the work of justice and reconciliation.

Louisa’s List: how privileged people can work for justice

1. Allow people of color, women or members other oppressed groups to teach and especially lead you (since they usually have more crucial things to do than teach others) even when you think you might have “better” ideas. Of course, when you think you are really sure of something speak up. But listen for an alternative paradigm, often based more on relationship building and less on Western standards of “efficiency” in my experience. Additionally, read widely to supplement what you learn from personal interactions. 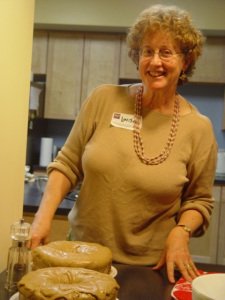 2. Tithe/donate to social service, religious or political organizations that support oppressed communities an amount based on your family’s/life’s benefits or inheritances from the work of slaves or cheap labor, like maids, farm-workers, and construction workers. I tithed 10% of the profits on the sale of a home in early 2000 since so much of my white family’s small “wealth” has come through home ownership and real estate appreciation in a system that has advantaged white G.I. Bill buyers, colonists, homesteaders, etc.

3. Join and commit your time (and even commute) to attend regular meetings, volunteer/ministry projects and “extra” social gatherings of Black/Latino/Native/Asian-led organizations where real friendships can be developed across cultural differences.

4. Look hard at your extra, unused material possessions and imagine how you/they can furnish the closets or whole homes of homeless or poor families (who are likely to be of color especially in our cities.) Pass on accordingly, simplifying and “opening up” your lifestyle.

5. Make a spare bedroom in your home available to poor sojourners or activists–not necessarily strangers, but perhaps people in transition who you have come to know through your intentional commitments to community across race, gender and class differences.

6. Show up at marches or other public witnesses for immigrant rights, voters rights, living wages, budget priorities for the poor, etc—wherever leaders of color point. Put your privileged body where it can be seen and counted by the news-making press–even when not so convenient. 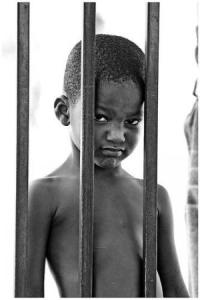 7. Support restorative justice/non-punitive practices in your schools and communities that hear the pain and needs of both victims and so-called perpetrators. Resist blaming and further damaging the poor and marginalized for their anger and desperation.

8. Speak up when you hear racism, classism or sexism trivialized as in the recent Paula Deen scandal or even in great films like 42 that focus on racism as name-calling and not its more diabolic and systematic economic and social marginalization of people. Calling someone “nigger” is hardly what is sending hundreds of thousands of poor black children of color to substandard schools and then to prisons.

9. Speak up (this could be a whole list of its own–-when and how to speak up) when friends make comments about which neighborhoods are “good” or “safe.” It’s not wrong to want to live in as safe a neighborhood as possible but I’ve noticed a lot of privileged people assume communities oppressed people are “unsafe” when in fact they can have systems of neighborly care and support much thicker than most so called good neighborhoods. Besides, we can create strategies for safety wherever we are.

10. If you choose to integrate traditional or recent communities of oppressed people as a “gentrifier” mitigate the displacement of the poor by employing “good urban manners” (e.g., an awareness of the costs others pay for your privilege): like not calling police/inspectors on more or less harmless “unruly” behavior or possible building infractions that poorer homeowners can’t afford to fix up. Hey, maybe you can donate some skills, labor or money to improvements!

And please don’t be intimidated by this personal list which has beeen hard-won and imperfectly executed after thirty years of trying to “make new mistakes” as a privileged ally.

For other helpful lists of what privileged folks can do, check out:

Lauren Rea Preston’s What do I do with all this privilege?