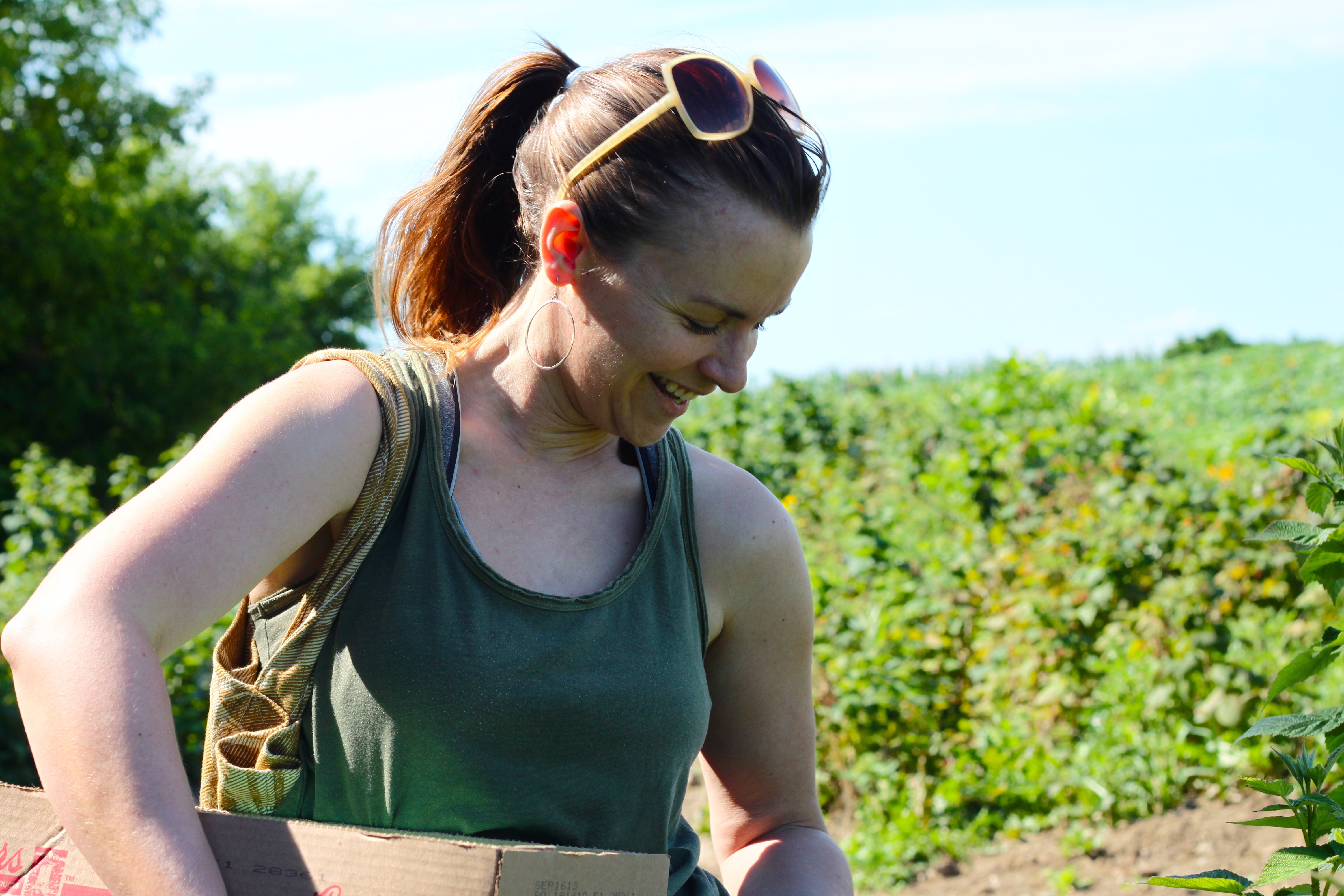 In the blink of an eye, June and July are gone, and all we are left with for summer is August. As bittersweet as the idea of only one more month before the leaves start turning colors and no more dinners on restaurant patios is, there is a way to savor summer while it’s still here: raspberry picking.

Local musician Linnea Mohn—known in the Twin Cities for her part in bands like Rogue Valley and formerly A. Wolf and Her Claws—and I made a trip out to Knapton’s in Greenfield with our moms to see what we could harvest.

Originally the plan was to go strawberry picking, but busy schedules and life got in the way, so by the time we found a day that worked out, strawberry season was over. It was decided that raspberries were the perfect replacement. Knapton’s is a quick trip half an hour outside of Minneapolis on Highway 55, and if you aren’t paying attention, you will miss the turn. It’s a small family run farm with a rustic shed that serves as a marker of where to start picking and where to pay.

After showing us where to harvest by the owner, we were left with our over-ambitious thoughts of filling six pints—each. Linnea and I found a shady spot, but found those bushes didn’t yield as much as the ones basking in the sun. “These are more ‘densely berried,’” she declared. When I made fun of her wording, she explained that she had been experimenting for her solo show on August 3 at the Bryant-Lake Bowl.

“I thought it would be interesting to have the contradiction of me, a human, doing electronic music, and there’s going to be a portion where I pretend to be a robot and lose power while onstage. I’m going to stand still for five minutes—to the point where people get uncomfortable—and then I’ll have someone plug the cord that I have coming out of me into an electrical socket.” The singer had also been prerecording some jokes in a robotic voice for the show, explaining the play with words.

While most people know Mohn for her musical projects, during the day she is a voice actor for commercials; you may have heard her acting in an on-air commercial and not known it. Linnea has expressed her fears of being an adult and not having an “actual” steady job—an inner struggle many freelancers and artists run into. In that sense, parts of our lives where things aren’t perfect all of the time can be paralleled to raspberries.

Raspberries are not like a lot of other fruits, like apples where a whole tree is ready and can be harvested at one time; you have to search for the fruits that are ready. Some are still green, while others fall into your hand as soon as you touch them. At the beginning of August, the ripe fruits hang closer to the ground, making them harder to find, but they are there. As the bees are gathering their harvest—don’t worry they’re too busy working and full on nectar to bother you—you have to lift up each branch to fill your pints, making you work for each little fruit.

Linnea laughs as she says, “I always spot the perfect raspberry from a distance, highlighted in the sun, but as soon as I move closer to pick it, I lose sight of it and end up finding a better one.”