Last night I saw President Clinton speak to a sold out audience at the Northrup Auditorium as part of the Keeping Faith with a Legacy of Justice series. OK his main topic might not have been broadband, and really many he never used the word broadband but he had some good advice for a more civil society and I think the lessons he offered would be helpful to adopt when looking at deploying border to border broadband in Minnesota.

1. Focus on similarities. Today we focus on our differences when we need to focus more on similarities and commonalities as a nation (or state) to move forward. One example Clinton gave was Nelson Mandela, who upon becoming the President of South Africa had the grace to work with the very people who had imprisoned him for years. He was able to see beyond their differences to see that they were all human, all in the same community and by appointing them into his cabinet and government, Mandela was able to help the country become stronger and more united. But it takes a strong leaders to move beyond personal animosity.

To bring it to a broadband audience – most people (providers, policymakers, community leaders) who are interested in broadband would like to see more people get and use broadband. There’s a common ground upon which to build. Focus on that during discussions of fiber versus wireless because if the goal is get people connected the answer may include a little fiber and a little wireless.

2. If you want great impact, give aid to the bottom of the economic pyramid. The people at the bottom of the pyramid, the folks on the frontlines, know what they need. In third world countries this has resulted in successful microloan programs. In the broadband world, this means getting the community involved with broadband by helping them adopt broadband, by fighting misinformation and by helping them understand their choices. But let the choices come from the bottom-up, not the top-down for greatest impact. The Blandin Foundation has done a good job of working with the wide end of the pyramid with the MIRC and BBC programs and the result has been greater adoption in participating communities.

3. Strive to form a more perfect union. Clinton applauded the founding fathers’ focus on forming a more perfect union as a recognition that we aren’t perfect and that we should continually strive to be more perfect. A broadband solution is similar because the technology and goals are always changing. I just heard someone at the Senator Schmit listening session yesterday say that we don’t want perfect to be the enemy of the good – but we want to continually get better. Again, that opens the door to collaboration among providers in terms of hybrid (fiber/wireless) solutions. I think it also implies that the project is never done. They say fiber is as close to future proof as we can get but there may be other improvements to deploy and adoption will always offer opportunities. 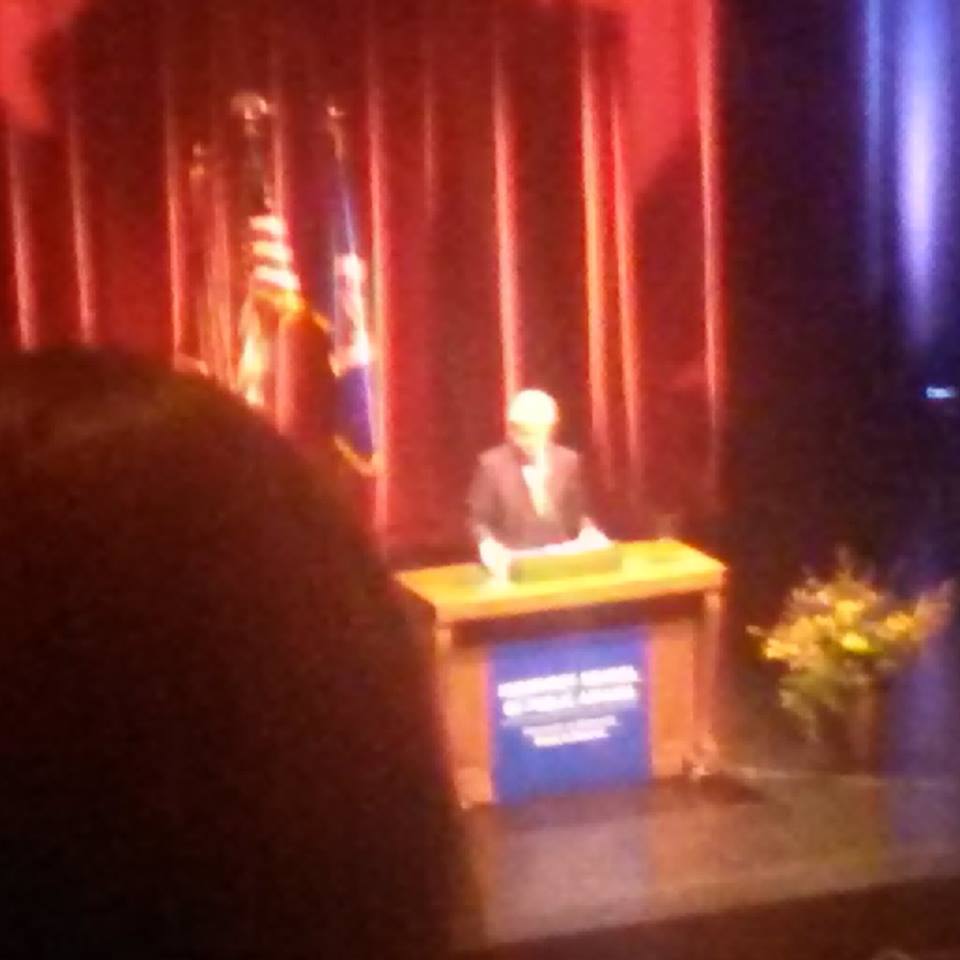 4. Trust. Clinton told a story of peace in the Middle East. Anwar El Sadat and Menachem Begin were working on details of maps involved in a treaty. Clinton reminded them that the decisions would become international law. They reminded him that each respected and trusted the other’s word more than they cared about international law. In business, in broadband we need to get to a place where we trust and are trustworthy. There are some communities that have been working with providers for years and neither side seems to trust that anything is happening. And to the outside, it doesn’t look like much is happening. Trust, Clinton said, is especially important with complex and/or volatile issues. While there are clearly exceptions, I think the broadband effort would benefit from a higher level of trust.

5. Big business needs goals beyond the shareholders. Studies show that top executives of large companies earn 300 times as much as the average employee!! Top executives focus exclusively on the goals of the shareholders; shareholders reward that focus. But what gets lost is the focus on employees, customer and society. In the past I have heard people talk about the role of government in terms of their focus on societal good. Abraham Lincoln said, “Government’s job is to do for people what they cannot do for themselves.” Having big business focus on societal needs too would help bring broadband to areas where it is unlikely to be profitable – ever but where people still need access to remote education, healthcare and economic opportunities. And you never know, investing in those areas might create a profitable market in the form of some amazing basement startups!

6. Diverse groups make better decisions. Research has proven this to be true. It’s a reminder to invite all potential stakeholders to the table when you’re making a broadband plan. Focus on similar goals but appreciate and employ different approaches to creating solutions. Current providers really have done a great job getting some level of broadband to much of the state and a push of new thinking could help expand the connection to cover the entire state and improve the speeds.

It’s good advice – for broadband and beyond.