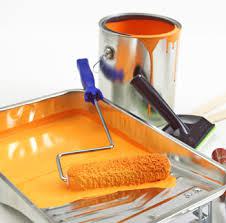 Manuel had been working as a handyman getting paid by the hour, but this was a contract; one price for labor and all materials, a contract, a step towards independence in the world of construction. No longer just a laborer but now a self employed contractor. I hadn’t processed all of the above at the time, but my friend had, and our difference in perspective is where our conflict began.

I was glad to be helping Manuel, a Latino Immigrant, out. He was energetic, responsible, and resourceful. Over the several years of our friendship he had always proved to be honest and caring, he was humble, yet confident. He was willing to give and reluctant to receive any charity. Bedsides first being a friend, I was also his translator and navigator, helping understand the intricacies of English language and Minnesotan culture. We had met serendipitously in downtown Minneapolis a few years before and had forged a friendship which had been beneficial to us both, yet was challenging because of our differences of perspective as well as the power we both had been given within society.

We had worked together to calculate and negotiate the contract and now it was time to go buy the paint and other materials needed for the exterior of the house. I had a window of time to get this done, we were driving through downtown Minneapolis discussing where we would purchase the paint. In my mind we would go to Menards or Home Depot, scout out the options and then maybe call or visit other stores on line to make our decision.

Manuel declared his plan to me, “Let’s go to Home Depot, then Menards, Lowes, Sherwin Williams and Hirschfield’s.”

In my mind I saw the map to all of those places, knew what rush-hour traffic was like. My schedule would not allow for that 3-4 hour excursion. “No way!” I shot back. “We don’t have time to do all that. Let’s go look at their paint on-line and call them.”

“Your just too lazy!” He countered, To me, that was a shot below the belt. Then the real arguing began. It heated up. It got to the place where he said, “Fine if you don’t want to go, get out of the car!” So I did, and started walking to get a bus home.

Out on the street I felt bad for letting it escalate, he must have felt bad for booting me out. In a few minutes he circled back, I got in and we began to try to calculate where this had gone so wrong. At one point he said, “this is my first real job and I have to do it right, I want to see the paint, touch it, smell it before I buy it. I have to be sure.”

I held the power of language and information. I could declare what was “best” and “easiest” and inadvertently declare his desires as “less” and “burdensome” . Had he not spoken up?

– He would not have had the opportunity to learn from experience, a gift, a privilege, I had enjoyed since childhood and the foundation for my ability to navigate they systems around me.

– I would have not realized how easy it is for my “good intentions” to silence others and force my desires over other’s needs.

Because our relationship had a basis of honesty and trust we were able share our thoughts and concerns, disagree and work toward a resolution. However, relationships across race and class engage differences of privilege and power. Most individuals or groups`in this situation do not have the level of commitment and communication Manuel and I share. As a result patronizing and pimping can often occur; at times because of ignorance and in other cases because of selfish greed.

In the following posts I want to share experiences and observations of power wielded with wisdom, resulting in empowerment and power wielded poorly leaving people being patronized and even pimped.